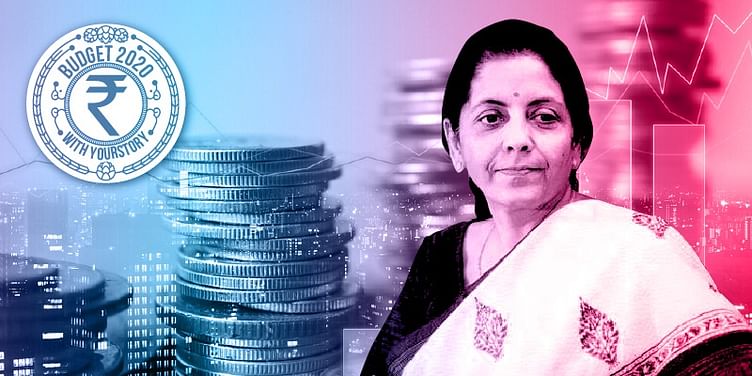 Budget 2020 also revised the limits for NBFCs to be eligible for debt recovery under the SARFAESI Act 2002, reducing it from Rs 500 crore to asset size of Rs 100 crore.

Although financial technology (or fintech) didn’t seem to be a major focus this year at the Union Budget 2020, Finance Minister Nirmala Sitharaman addressed the ailing non-banking financial sector (NBFC).

Identifying ‘capital credit’ as a major issue for MSMEs, she also proposed to introduce a scheme, which would provide subordinated loans for entrepreneurs (of MSMEs).

“This subordinate debt to be provided by banks would count as quasi-equity and would be fully guaranteed through the Credit Guarantee Trust for Medium and Small Entrepreneurs (CGTMSE). The corpus of the CGTMSE would accordingly be augmented by the government.”

And this theme of financing and credit was also extended to agriculture where FM said that NBFCs and cooperatives are active in the agriculture credit space, and that the NABARD re-finance scheme will be further expanded.

“Agriculture credit target for the year 2020-21 has been set at Rs 15 lakh crore. All eligible beneficiaries of PM-KISAN will be covered under the KCC scheme,” added FM Sitharaman.

The Centre also revised the limits for NBFCs to be eligible for debt recovery under the Securitization and Reconstruction of Financial Assets and Enforcement of Security Interest (SARFAESI) Act 2002. Further, the limit has been proposed to be reduced from Rs 500 crore to asset size of Rs 100 crore or loan size from existing Rs 1 crore to Rs 50 lakh.

The FM also didn’t shy from addressing the liquidity constraints which have been affecting NBFCs over the past year.

“To address the liquidity constraints of the NBFCs/HFCs, post the Union Budget 2019-20, the government formulated a Partial Credit Guarantee Scheme for the NBFCs. To further this support of providing liquidity, a mechanism would be devised. Government will offer support by guaranteeing securities so floated,” she added.

However, picking on the theme of financing India’s MSME sector, Sitharaman announced that an app-based invoice financing loans product will be launched soon.

“I propose to make necessary amendments to the Factor Regulation Act 2011. This will enable NBFCs to extend invoice financing to the MSMEs through TReDS, thereby enhancing their economic and financial sustainability,” FM Sitharaman said.

This will be to obviate the problem of delayed payments and consequential cash flows mismatches for the MSMEs.

Compliance and Ease of doing business

This Budget, the FM also proposed a Dynamic QR-code for consumer invoices, for improving compliance. Additionally, GST parameters will be captured when payment for purchases is made through the QR-code.

The Centre is also looking at a system of a cash reward to incentivise customers to seek invoice.

“Deep data analytics and AI tools are being used for crackdown on GST input tax credit, refund, and other frauds and to identify all those who are trying to game the system. Invoice and input tax credit matching is being done wherein returns having mismatch more than 10 percent or above a threshold are identified and pursued,” the FM added.

While fintech might be making much of a mention, Sitharaman did applaud the sector for improving people’s quality of life.

“…it is true that Analytics, Fintech and Internet of Things (IoT) are changing the way we deal with our lives,” she added.

This is a contrast to the Interim Budget held in July, last year, where Finance Minister Nirmala Sitharaman announced the removal of Merchant Discount Rates (MDR) on digital transaction made at big establishments having an annual turnover of more than Rs 50 crore.

In addition to this, to discourage making business payments in cash, the Finance Minister, in July also announced a tax deducted at source or TDS of two percent for businesses proposed on cash withdrawals exceeding Rs 1 crore annually from their bank accounts.