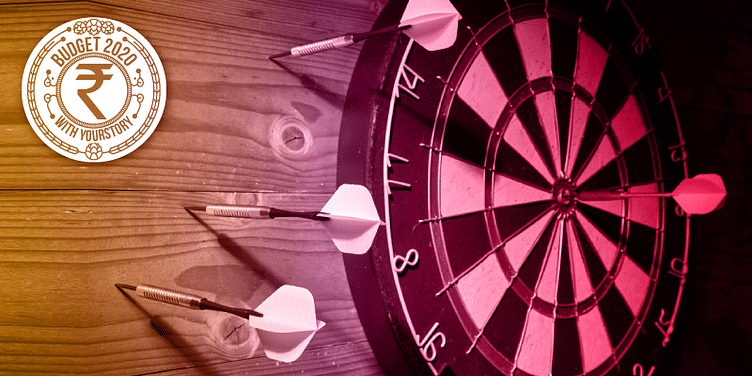 The Union Budget focussed on the application of new-age technologies such as AI, ML, and quantum computing in various sectors including agriculture, governance, education, and logistics.

Technology has become the cornerstone for Indian startups, and if Finance Minister Nirmala Sitharaman's latest Union Budget address is anything to go by, India's growing crop of tech-led startups appear set to benefit from an improved operating environment.

While the Union Budget for 2020-2021 provided more incentives for the Indian startup ecosystem such as relief on Employee Stock Options (ESOPs), GST tax structure, and a seed fund to aid funding for early-stage startups, it laid special emphasis on the use of new-age technologies like artificial intelligence (AI), machine learning (ML), and quantum computing -- a major positive for India's tech-oriented startups.

Towards the start of her Budget 2020 speech, Finance Minister Nirmala Sitharaman said, “We wish to open up vistas for a vibrant and dynamic economy with a gentle breeze of new technology.”

At present, no startups can launch their operations without a technology element, and the Budget has provided a rightful place for it. The implementation of such new-age technology in services could have a positive bearing over the medium to long-term, say experts.

The government announced measures that will see increased use of technology in areas such as agriculture, governance, education, and logistics. Some of the measures announced in this year’s Budget includes:

1. The allocation of Rs 8,000 crore spread over five years for research and development in the area of quantum technology and its applications.

2. The allocation of Rs 6,000 crore for BharatNet, which will bring in broadband connectivity to rural areas.

4. Setting up data centre parks across the country by private players.

"The government’s intent to roll out a policy to enable the private sector to build data centre parks throughout the country is a welcome move. We believe this is because of the government’s efforts to push data localisation as data will be one of the key drivers of the economy. Localised data centres that can be accessed and controlled from a centralised system will significantly improve data privacy and security, allowing a free flow of data within borders."

He said, “With the announcement of government’s most ambitious BharatNet project to link the entire country through a common optical fibre network, and launching quantum computing scheme with an investment of more than $1 billion over five years, India will surely showcase its true potential in the technology sector this year. The way technology is sweeping in the common man’s day-to-day activities, data has become the new need in today’s date.”

In addition to the focus on technology, startups saw another positive move in the form of deferment of taxes on ESOP. Still, much needs to be done before startup employees can benefit from this incentive tool to avoid double taxation.

Vinayak Burman, Managing Partner, Vertices Partners, a boutique law firm, said, “The decision to defer tax burden on employees due to tax on ESOPs to the earlier of five years, cessation of employment, or transfer by way of sale is a welcome move. Overall, the long-term benefits will be derived but over time.”

One of the core demands of the startup ecosystem was the improvement in the ease of doing business, as many regulations are still acting as significant roadblocks.

In a blog post, Nakul Saxena, Director - Public Policy, iSPIRT, said, “We also require cohesive measures towards improving the ease of doing business and strengthening the overall ecosystem. To ease the working capital crunch faced by startups, a lowering of TDS rates on payments to DPIIT registered startups and MSMEs is necessary.”

The tax structure was one of the key concerns of the Indian startups as the current GST regulations seek upfront tax deduction at the source, leading to a crunch in working capital requirements. However, the Finance Minister stated that the government is working towards a simplified GST structure.

In this year’s Budget, no structural measures were mentioned which would increase the fund flow into the startup ecosystem, especially from the domestic capital sources. It was expected that reforms would be brought in instruments such as alternative investment funds, which could open a funnel of investments.

Upma Kapoor, Founder, Teal & Terra, an organic beauty product startup, said, “The Union Budget 2020 has some promising announcements for the industry. However, one of the biggest challenges working with government bodies is the lack of transparency and an efficient consistently adopted standard operating process. Transparency and the assurance of a ‘clean’ process of facilitation is key. This, I believe, would add more value and be instrumental in driving the success of the proposed cell.”

The change in income tax laws could result in higher disposable income, resulting in increased consumption and translating into better gains, especially for the business-to-consumer (B2C) startups and ecommerce segment. Though, one needs to be aware of how much this will translate into actual buying power.

While many experts said that the seeds of growth are sown in this Budget, startups could look forward to harvesting the fruits in the coming years.

As Nakul said, “Overall, the Union Budget 2020 does reflect the government’s keenness in improving the ease of doing business, but considering that the lofty goals we have set out to achieve, good intentions and keenness do not suffice. These must be augmented with robust policy changes, as well as swift and decisive action, to strengthen and accelerate the startup ecosystem.”