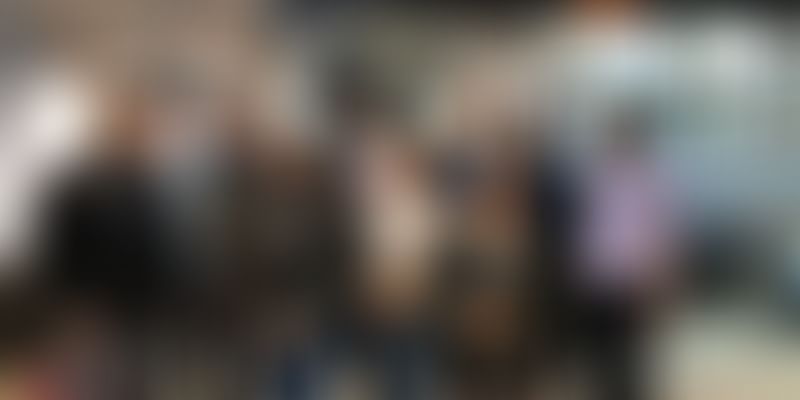 Delhi-based healthcare startup HelloDoc began life as a dental helpline, but pivoted to an aggregation platform for conventional and alternative medicine providers. It is now focusing on the preventive and wellness spaces, and aims to expand across India.

When Siddharth Kumar was doing his dentistry course at Manipal University, the university was conducting an annual business plan competition in their incubation facility and offering support facilities to startups and budding entrepreneurs.

This small seed led to the birth of his dental helpline Dentogate. And in 2017, he pivoted to HelloDoc, an aggregation platform for healthcare providers and alternative healthcare practitioners.

Siddharth, who wasn’t “entrepreneurial” until the competition, was intrigued by the idea of making a difference.

“The idea was simply to raise awareness around dental issues that most of us normally ignore. We seek advice or help only when the problem has escalated and requires an emergency intervention,” Siddharth says.

Winning that competition was the Eureka moment for Siddharth. He realised he could build something of his own, and launched Dentogate in 2016 after he got a practising licence.

Dentogate was set up as a helpline to create easy access to dentists in Karnataka for a quick and reliable consultation and referral to a nearby clinic.

Launched as a free service, the response was overwhelming. The helpline received more than 100 calls on a daily basis, most from rural and remote locations, clearly showing the lack of access to qualified and experienced dentists.

“However, I was not sure whether the minimal viable product would sustain and manifest into a much bigger and scalable model,” Siddharth says.

So, in March 2017, he pivoted the dental helpline to HelloDoc, a medical helpline. His initial plan was to start a health app, but lack of funds shifted the focus to service and operational capabilities.

Not long after,  Manipal Technology Business Incubator (TBI) was selected as one of the top five TBIs in India.

“TBI had to nominate promising entrepreneurs for a support scheme by Department of Science and Technology (DST), known as NIDHI - Entrepreneur in Residence. I was the first recipient of the scheme,” Siddharth says. This was the funding the team received in 2018.

The move to Delhi

In 2018, he  shifted HelloDoc’s base from Bengaluru to Delhi.  The investment from the government helped him manage operational costs, and he soon raised a small angel round from a Delhi-based doctor and investor.

However, Siddharth soon realised that standalone telemedicine wasn’t a viable idea. He then decided to sell an integrated product that offered telemedicine with health insurance benefits.

“Simultaneously, I was in talks with a renowned name in the health insurance sector, which had a broking firm that had taken a blanket cover from the leading insurance company in the public sector. It gave HelloDoc a panel of 4,500 hospitals, pharmacies, and labs in one shot – all directly or indirectly empaneled with the insurance company,” he says.

HelloDoc signed a channel partner agreement with the broking firm and the model - a health app with telemedicine features – was converted into a TPA model. (Third party administrators to the insurance company for claim settlements and providing services to the insured with multiple add-ons and benefits.)

The glitch in the plan

After integrating new benefits with HelloDoc’s existing telemedicine features, “we tried to strike deals with few corporates, but nothing materialised, and we had to shut shop”.

At that point, the investor connected Siddharth to a district magistrate in UP, who liked the proposal and advised him to form a not-for-profit organisation and procure CSR funds from a big corporate in the public sector.

“HelloDoc was invited to present before chief medical officers, bureaucrats, practitioners, hospital owners, and media members at their annual summit. The presentation was well received and HelloDoc was given the mandate for a pilot project under the CSR initiative by the District Magistrate,” Siddharth recalls.

The startup was to receive funds in March 2019, but the district magistrate was transferred just before the 2019 Lok Sabha elections.

“The deal had to be called off since the incoming DM wasn’t keen on pushing projects that were still in the pipeline. We were set back by four to five months straight; the back-to-back meetings and presentations led to no concrete results,” he says.

But that didn’t deter the budding entrepreneur.  Siddharth continued to believe that the Indian healthcare startup ecosystem was missing personalisation, and digitisation wasn’t the only way ahead.  His idea was to combine technology as a back-end enabler and the in-person touch of a doctor.

Indian healthcare system has for long been heavily biased towards curative rather than preventive methods. However, the country’s disease profile over the years has drastically changed from communicable to non-communicable diseases (chronic illnesses), which account for almost 60 percent of deaths.

This led to the idea of incorporating preventive care and wellness as a core offering at HelloDoc. The solution is extremely economical, and tailor-made to suit an individual’s body physiology and genetic makeup.

“We integrated three crucial facets to address non-communicable and chronic diseases, which are mostly related to diet and lifestyle,” Siddharth says.

HelloDoc is at present a team of eight people, an interdisciplinary team of doctors and technology architects who have been working as consultants in organisations like JTEKT, Gravita, JBM Group, Delphi TVS, and Sintex.

What does it do today?

HelloDoc has now signed a contract with a big name in the health insurance sector and conducts wellness activities for multiple corporates. It essentially works on a membership model in the prevention and wellness spaces.

It also offers plans for childhood and adult obesity, and post-pregnancy weight management. HelloDoc has set up an AI-based NABL-approved diagnostics and sample collection setup, which allows you to schedule appointments at home.

It offers a yearly membership card for employees and their families. The card, starting at Rs 800, is valid for one year.

The startup’s homecare plan starts at Rs 1,200, while the weight loss management and diabetes package start at Rs 15,000. The Panchkarma and Ayurveda therapies begin from Rs 2,000, and the early intervention package starts at Rs 30,000.

Standing out in a crowded space

Several platforms, including Practo, 1Mg, and Healthians, are operating in the healthtech space, but the focus on alternative medicine therapy sets HelloDoc apart.

Speaking of future plans, Siddharth says, “We are focusing on Gurugram and Noida. We intend to scale to other major cities like Hyderabad, Bengaluru, Pune, and Mumbai next. We want to reach and serve close to 100,000 patients in a span of one year in 2019.”