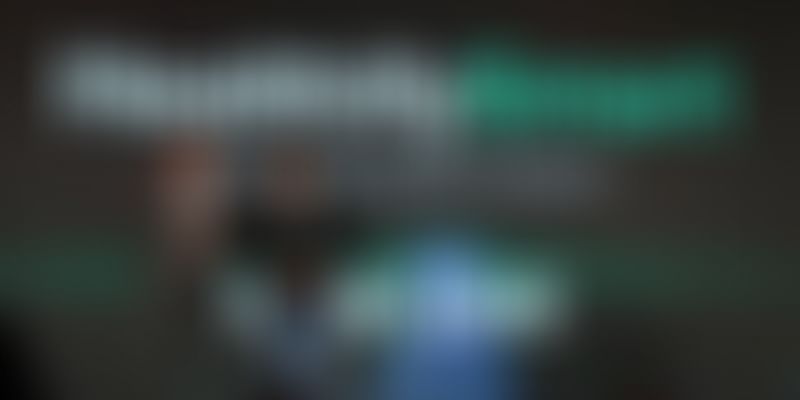 At Ignite, its sixth annual tech product event, health and fitness startup HealthifyMe unveiled its future plans: partnerships with startups like Milkbasket and Swiggy, a foray into the mental wellness space, and the evolution into a holistic health and wellness platform.

AI-led health and fitness app HealthifyMe made a slew of announcements regarding new product features and growth plans for the coming year at Ignite, its sixth annual tech product event.

Tushar Vashisht, Co-founder and CEO of HealthifyMe, unveiled the startup’s latest plan: HealthifySmart Legends Edition. The startup has also roped in veteran tennis player Mahesh Bhupathi as a strategic advisor for this project.

HealthifyMe raises second round of funding, will establish global HQ in Singapore

“The online diet and fitness segment is growing rapidly and I am excited to extend my philosophy for diet and workouts to millions of users with HealthifyMe’s AI expertise,” the veteran tennis player said.

With more Legends Edition with other celebrities planned, the plan will give consumers access to their diet and workout recommendations, fine-tuned by coaches at HealthifyMe and its AI-enabled nutritionist Ria.

Tushar announced that an interaction with the “legend” would be organised once a month through an “Ask me anything” session.

The startup also announced its foray into the mental wellness space with HealthifySense, which will make qualified counsellors accessible on the platform.

Keen to evolve from a weight-loss app to a holistic health and wellness platform, HealthifyMe said strategic partnerships within the ecosystem would play a key role in the startup’s next phase of growth.

Partnering with Swiggy, Milkbasket, and others

Having secured the data of what “people eat and like to have together” through its virtual assistant Ria, launched in 2017, the Founder said the startup wanted to “not only impart advice but also fulfill diet needs” through partnerships with food delivery app Swiggy and grocery delivery app Milkbasket.

Currently in pilot stage, users can avail a selection of healthy diet plans and restaurants powered by HealthifyMe on Swiggy under FitPicks. It is also exploring options to launch co-branded subscription plans for healthy meals in Gurugram through Swiggy Daily.

Gurugram-based Milkbasket is another partner app where users can shop for groceries, nudged by HealthifyMe regarding nutritional values.

HealthifyMe is also piloting with fitness discovery and booking app Fitternity, giving its users access to over 12,000 gyms and fitness studios across India.

The year that was for HealthifyMe

Tushar announced that HealthifyMe had surpassed Rs 100 crore in revenue run rate in the last 12 months, with two third of the revenue coming from word of mouth and renewals. He added that the startup was “not burning cash to make cash”.

The user base of the startup’s fitness app has doubled to 16 million and subscriptions rose 4X.

Tushar credited the growth to massive adoption of its AI-enabled Smart Plans and international expansion to Southeast Asian countries such as Singapore, Malaysia, and Brunei.

Apart from recording a run-rate of $1 million in these three markets in less than a year, the fitness app is also among the top three apps in each country.

With AI nutrition coach Ria, HealthifyMe aims to do what Siri and Google Assistant cannot

The mobile health and fitness app startup is known for combining the power of technology with services from human coaches and AI nutritionist Ria to deliver measurable impact in diet and weight loss.

With over 700 employees, the Bengaluru-based startup is present in Delhi, Mumbai, and Chennai.

Founded in 2012 by Tushar Vashisht and Sachin Shenoy, the Microsoft Accelerator-incubated startup boasts of a rich database on Indian diets and nutritional values of Indian foods, far better than advanced AI tech such as Siri or Google Assistant.

Tushar said Ignite is a day when the startup “reimagines the future and tries to stretch the limits of technology”.