Future of Work 2020: UrbanTech is the equaliser easing people’s lives 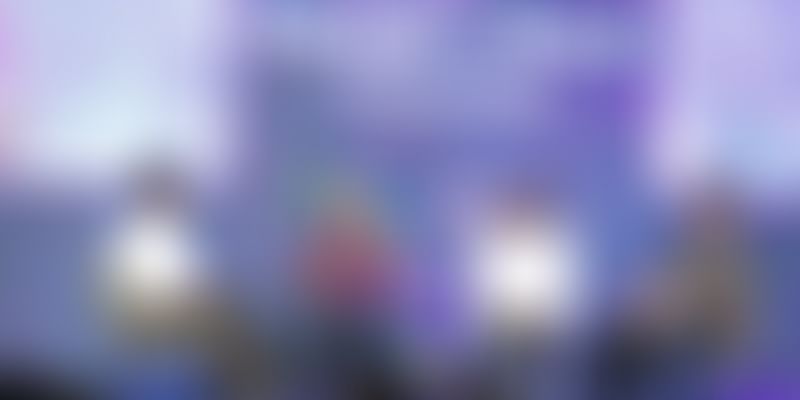 Technology and startups have transformed urban living in unprecedented ways. At the third edition of YourStory’s Future of Work, entrepreneurs spoke about what goes into enabling such change.

Urban dwellers’ demands for instant solutions to everyday problems have made India’s metro cities hotbeds for thriving startup ecosystems. Services that fulfil everything from your daily commute to ordering food and getting salon services in the comfort of your home are just an app away on the phone.

Entrepreneurs are increasingly tapping into the people’s increasing demand for convenience, Speaking at a panel on The incredible growth of urban tech, Arvind Sanka, Co-founder of Rapido said,

“The increased adoption of mobile phones has led to more convenience. Five years ago, people wanted this, but there were few opportunities. Urban challenges like worsening traffic conditions in the past seven to eight years, and conveniences like the introduction of Unified Payments Interface (UPI) have presented huge opportunities for startups.”

Vijay Arisetty, Co-founder and CEO of the mobile-based visitor and community management solution MyGate said that there were now many technologies available that one could put together to build solutions.

“Another thing we figured out was that people want things to be done instantly. Services are coming to our doorsteps and people want them to come without instructions,” said Deepesh Agarwal, co-founder and CEO of GetToWork, a service initiated by Bengaluru-based tech startup MoveInSync.

Deepesh further said that technology is a great equaliser. Apart from drivers receiving their payments on time, Deepesh shared an instance where a driver told him that he was not always at fault. “While things would always end up as being my fault, I am now at an equal footing with the customer,” Deepesh shared one of the driver’s experience to the packed audience.

On the other hand, Vijay said that one of the major challenges has been catering to two different sets of groups and balancing a ‘dual perspective’. “They are those who live in the gated community who are highly educated and tech-savvy and the security guards who are not as comfortable with technology, on the other end,” he said.

The nitty-gritties of startup ecosystem

Deepesh Agarwal said that it is a widely held misconception that Indians are not willing to pay. “They are happy to pay as long as value for their money and time is delivered,” he added.

Arvind Sanka, Co-founder of Rapido agreed and added that these have opened opportunities for Rapido as well, with people from all walks of life availing their service.

In the case of GetToWork, which caters to working professionals for their daily commute and allows them to schedule rides, he said that customers value reliability and predictability when it comes to travelling and scheduling time.

However, failure is a part and parcel of any entrepreneurial venture. Deepesh shared an incident where all data relating to cab bookings and scheduling times were wiped out, but the customer base in India, unlike other countries, is forgiving.

“As long as customers see that you are genuinely trying to solve their problems and not repeating the same mistakes, they will forgive you,” he said.