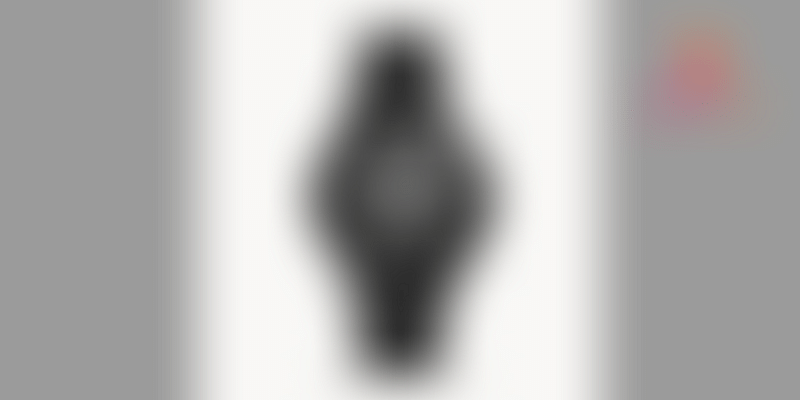 Fossil’s new hybrid watch in India will please analogue watch enthusiasts who are looking to upgrade, but only slightly.

People are often undecided between buying an analogue watch or a full-blown smartwatch. If you’re on the fence, and want a bit of both, the Fossil Hybrid HR deserves your attention. It recently went on sale in India at an MRP of Rs 14,995.

On the surface, the Hybrid HR looks like an analogue watch with the hour and minute hands and three buttons flanking it on the right.

Beneath it, there is an E-ink display that shows smartphone notifications. There’s also a built-in heart rate monitor that lets you track your fitness activities. It supports both Android and iOS devices through the Fossil Hybrid app.

The hybrid watch has five dial options, and comes in leather, silicone, and stainless steel straps. The watch straps are easily interchangeable. We tested the black silicone strap version for about two weeks. Let’s find out if it’s worth the Rs 14,995 price tag.

In a world of truly wireless earphones, will Sony’s WI-1000XM2 with neckband style win?

The Hybrid HR isn’t heavy and doesn’t weigh down your wrist, but it cannot be called lightweight either. For someone with a smaller wrist, the dial might pose some problems. The watch is 13mm thick and 42mm in diameter.

Fossil has prided itself on its design, and the Hybrid HR continues that tradition. Despite the big dial, the circular watch face is quite small. The e-paper screen is surrounded by a ring that houses the hour indicators.

The screen displays four types of information that Fossil calls complications. You can switch from one to the other. Notifications displayed by the screen include calorie count, time zones, weather alerts, battery status, etc. The three buttons on the right allow you to change watch modes - workout mode, wellness dashboard (showing fitness stats), stopwatch, timer, weather, and commute time.

The Fitbit Versa 2 is better than its predecessor, but still limited as a smartwatch

You can also change the background of the E-ink display, and add photos from your phone gallery. While this is easy, it takes well over four minutes to change the watchface.

The illuminated display is a nice touch from Fossil. You just have to double-tap anywhere on the display, and four tiny LEDs will light up the screen. This is a prominent throwback to traditional analogue watches. But, the issue is one has to do a hard double-tap to light the screen up, and that is something that might frustrate users.

Sometimes, when using a traditional watch, the information is hard to read or is altogether blocked by the minutes and hours hands. Fossil has offered a solution to that.

With a flick of the wrist, the hours and minutes hands will spin around for a second or two, giving you just enough time to read the notifications below. Even when you click on any app, the watch hands rest on a 9-to-3 position.

Huami Amazfit GTS: Apple Watch clone that falls behind in OS and performance

But the screen is so tiny that you have to scroll down for longer notifications. That’s when things get annoying because the refresh rate is excessively slow. In such cases, you might want to pull out your smartphone, instead.

To go back to the homepage, you have to scroll to the top of the notifications pile and select the ‘home’ option or long-press the middle button for it to change. This works fine, but when compared to other smartwatches, it takes longer than average.

The Hybrid HR displays notifications from all apps and that is the best part about this watch. But, what you cannot do is reply to them.

There is no microphone or touchscreen or speaker, which makes it more of a traditional analogue watch than a well-equipped smartwatch. You can feel the vibration on your wrist when you receive alerts. There is also a useful alarm system, so you can have your watch wake you up every morning.

In two weeks of testing, we used the Hybrid HR alongside the Samsung Galaxy Watch 4G. The former surprised us with its fitness tracking ability. It is no Fitbit or Garmin, but it’s quite high up in the smartwatch ladder. Steps and heart-rates were also tracked accurately, but the sleep tracker could be a bit better.

Verdict: Is it worth your money?

The Hybrid HR is a beautiful watch, especially if you love traditional watches.

But, if you are looking for a proper smartwatch, there are some limitations, mainly with the small e-ink display. The device, however, has a fantastic battery life. It’s rated for two weeks (higher than average) and will easily last you 12 days.

If wearing comfort is your top concern, then you might consider this product.

Considering there aren’t too many options in the sub-Rs 15,000 smartwatch segment, the Hybrid HR makes for a compelling option. If you’re sold on the looks and don’t need too much ‘smarts’ from the watch, this is worth a buy.

But, if you want a lot more out of a smartwatch, you can dish out a bit more and get the FitbitVersa 2 or the Galaxy Watch/Galaxy Watch Active 2.