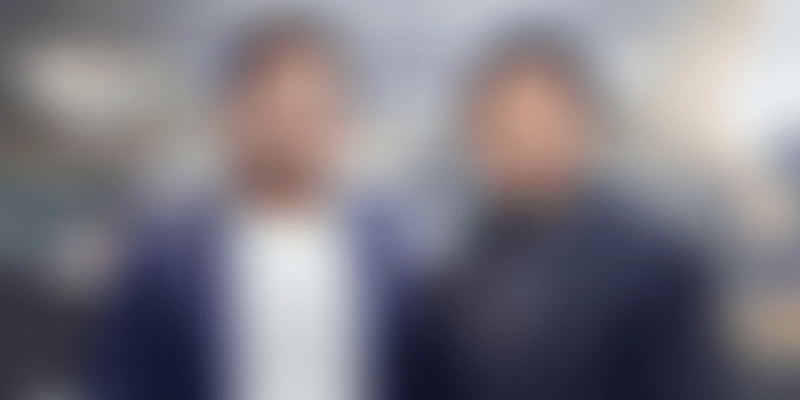 IIT Delhi graduates, Aayush Jindal and Ashish Prakash’s first startup bombed. But that did not deter them from taking another plunge into entrepreneurship.

Aayush Jindal and Ashish Prakash became friends while working for IIT Delhi’s cultural fest Rendezvous. Their synergy was such that they knew they had to work together again. And so they did.

But unfortunately, their first startup failed to take off. The two went on to pursue separate paths after this. But last year, the duo came together again to co-found their second startup, ToeSmith, a completely different business from their earlier medtech startup Aermed.

The duo had launched Aermed with two IIM Calcutta graduates in December 2015 as an online pharmacy, competing with the likes of 1mg and NetMeds. According to Aayush, it had even managed to become the third-largest e-pharmacy in Delhi-NCR back then.

But, the startup needed funds. Unfortunately, after raising an undisclosed angel round, it failed to secure a “full-fledged Series A”. As a result, they had to shut shop in 2017.

“At Aermed, the margin was around 25 percent and we were giving 25 percent discount to be able to compete with others. The business obviously could not be sustained like that without funding,” says Ashish.

The startup was getting “a lot of orders”, but margins were thin and the entry into the market was late, he adds.

Although the startup bombed, the duo has no regrets since it was a “great learning experience”.

“For us, it was like an MBA. We have zero regrets. Through Aermed, we got that ground experience,” says Ashish. Both lost nearly Rs 10 lakh each in the startup.

Ashish chuckles and says, “Come to think of it, it was a fairly cheap MBA because most institutes charge much more than that.”

After Aermed shut down. Aayush joined his family’s shoe manufacturing business. Ashish did some freelance work and eventually joined a US-based company as its tech head.

Aayush’s parents had started Asian Shoes in 1995, which he joined after Aermed failed to take off. It makes sports shoes, school shoes, and casual shoes for Tier-II and Tier-III cities in a price segment of Rs 500 to Rs 1,200.

While working there, Aayush came up with the idea of using the company’s infrastructure to manufacture affordable customised shoes to cater to an urban audience. He convinced Ashish to join him to start ‘ToeSmith’, which would be a hive-off of Asian, and function as an independent startup utilising the shoemaking company’s production capabilities through its factories in Delhi-NCR and Haryana.

“There was a strong need for affordable customisable shoes. So, we thought let us give the consumer the option to customise and order their own shoes and that’s how we started ToeSmith,” says Aayush.

The Gurugram-based startup functions as the marketing and design platform while the manufacturing is outsourced to Asian Shoes, he adds. Manufacturing takes an average of four days and the shipping time ranges from six to eight days.

ToeSmith offers a 3D interactive design tool that allows the customer to customise different parts of a shoe individually.

“Using our 3D design tool, the customer can very easily change five aspects of a shoe – the vamp (the front part of the shoe), the quarters (sides), the heel counter (backside), the binding (inner part), and the collar lining,” says Aayush.

Customers can either choose from designs offered or upload their own, which could include quotes, names, and initials as well. At present, the startup has four designers on board. “We are also encouraging young and unknown designers who need a platform to showcase their talent to come on board and work on a commission basis as well,” says Ashish.

ToeSmith was launched in September last year, and the founders claim it has processed more than 2,500 orders over four months. “We have been receiving 40 to 50 orders a day with most orders coming in from urban centres such as Mumbai, Bengaluru, Chennai, Hyderabad, Delhi-NCR, and Kolkata. We have also been getting orders from Pune,” he adds.

Having learnt the margin lessons the hard way from their previous startup, the duo has ensured that the gross margins at ToeSmith are enough to take care of marketing and other costs. “As of today, we are not losing any money,” Aayush says. Gross margins for the startup can be as high as 70 per cent, he adds.

The startup has plans to go global, and the founders say it has been receiving a lot of interest and queries from Dubai.  “We are looking at the entire globe; we just have to figure out the logistics,” says Aayush.

At present, ToeSmith operates a B2C (Business to Consumer) model but it is looking to explore B2B (Business to Business) as well after being approached by popular beer brand Bira with an offer to make branded merchandise. The startup is also talking to consultancy giant Deloitte to execute a corporate order for them.

ToeSmith is bootstrapped with Rs 20 lakh of personal savings of the two co-founders. It is not looking at raising funding anytime soon despite some investors having expressed interest in the business.

“We know it’s a very hectic and time-consuming process. Moreover, we don’t have a significant burn that we badly need funds right now,” says Ashish.

According to ResearchAndMarkets.com. India is globally the second largest footwear producer after China. The country’s footwear production accounts for approximately 9 per cent of the global annual production of 22 billion pairs as compared to China which produces over 60 per cent, says the Dublin-based market research resource.

In terms of competition, another Gurugram-based startup Rivir operates in the space of customisable shoes. The IITian duo believes, ToeSmith’s USP (Unique Selling Point) lies in the user experience on its website, which is “extremely simple and easy to use”.