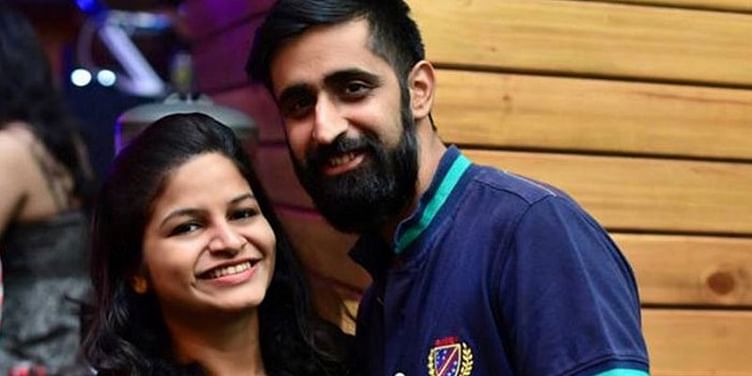 Read how Ankeeta Deb and her business partner turned her passion for painting shoes into a business expecting to make Rs 1.5 crore this year.

The first pair of shoes Ankeeta Deb painted on were white, faded, and handed down to her by her older sister. The seventh grader from Kolkata expected to get yelled at, but her family let it go.

Ankeeta wore the shoes to an an extra class after school, where they were noticed by her teacher.

"The teacher saw my painted footwear and encouraged me to try putting my own designs on shoes. She handed me Rs 500 and told me to buy shoes to paint on," she says.

She did exactly that, and showcased them at a school event. Ankeeta's designer shoes turned heads, and inspired her to keep at it after school hours.

"I always liked shoes and preferred comfortable ones, such as sneakers, over heels. I was different from the rest of the crowd," she says.

The seeds of entrepreneurship were sown in Ankeeta, but she later opted to study engineering and an MBA.

"My family comprises painters and artists, and I used to do general painting on the side while studying and working. I did not pursue painting shoes in particular," she says.

But after her MBA, she met marketing graduate Viresh Madan.

Ankeeta and Viresh found common ground and realised that they wanted to start a business in India's large footwear industry.

India is the second biggest global producer of footwear after China, but the market is largely unorganised. Close to 75 percent of footwear production in India still comes from unorganised players, according to a Research and Markets report.

There was a big opportunity for Ankeeta to convert passion into profession by setting up a business around her shoe-painting concept.

"Stocking was eating up capital because money was stuck in the form of shoes that weren't selling. Further, if shoes are not used, they tend to get worn out faster," she says.

However, demand existed, in theory. Following China and the US, India is the largest footwear consuming country. Its citizens' disposable income and spending power is on the rise. Despite rising brand consciousness, consumers are not afraid to look beyond Vans and Converse for a pair of sneakers.

So how could Ankeeta reach her designer shoes to potential consumers in a manner that wasn't burning through capital?

In an attempt to solve this issue and also try and disrupt the inventory-ridden footwear industry, Ankeeta adopted a made-to-order approach. Rivir would not maintain an inventory; shoes would be manufactured only after an order was placed.

"Customers can place an order online and can choose an existing design or opt for a custom one. After the order is placed, we sync up with our contract manufacturers to get the product made. Design and print is in-house, hence the turnaround time is less than 48 hours plus delivery," the 28-year-old explains.

Rivir currently has three workshops: two in Agra and one in Gurugram. The company has seven full-time employees.

It claims it sells between 20 and 30 pairs of shoes per day, on average, and monthly sales of Rs 9 lakh to Rs 10 lakh. It estimates its sales will reach Rs 1.5 crore this year.

The espadrilles feature a wide range of designs, all made by Ankeeta, but they cannot be customised. They cost Rs 999, and Ankeeta says she refreshes the designs frequently. "Espadrilles are our spring and summer range. They are easy to wear and come in sizes three to 11. Soon, we are looking to sizes 12 and 13," she says.

Rivir's sneakers cost Rs 1,500 while the custom ones cost Rs 1,999. "We have 150 designs on the websites for the readymade sneakers. If customers want their own designs on the shoes, we reach out to them and understand their requirements," she says.

The custom shoes are priced higher as they are a unique product and have a time cost involved. "After we talk to the customer extensively to decide on a design and send them templates, we start manufacturing the shoes," she says.

The pricing has been working so far, but that was not always the case. Rivir's readymade shoes used to cost Rs 2,500 when the company first launched. Ankeeta's rationale for this pricing was that the shoes were unique and that they deserved to command a premium price.

She found Rs 2,500 was not a sweet spot. It was the price point premium brands occupied, and Rivir couldn't take them on. The company then pulled its prices down to around Rs 1,800, but it was still too expensive for some.

"Only when we started getting manufacturing deals, we were able to lower the cost of production. We could afford to pull prices down even further. As more orders came in, we found Rs 1,500 was the sweet spot for readymade sneakers and Rs 999 for espadrilles," she says.

Rivir also launched readymade sneakers for Rs 1,700, out of which Rs 200 goes to children from Nabhangan Foundation (the children contribute designs that feature on this range of sneakers).

Rivir's product margin across is between 35 percent and 40 percent, Ankeeta claims, adding, "If production costs come down even further, we can start making waterproof shoes."

25 percent to 30 percent of Rivir's orders are for custom shoes. Ankeeta says 50 percent of customers are from Mumbai and Bengaluru, and she also gets good traction from Hyderabad and some cities in North East India.

"People from these locations are not always buying shoes from big brands. They like experimenting with fashion," she says.

The brand's target customer is between 18 and 27, but Ankeeta says people between 18 and 21 may not have a debit or credit card. "Cash on delivery doesn't work out too well because customers may change their mind and cancel their order after we have manufactured and shipped the product," she says, adding:

"Customers who are over 25 often want to stay young and like dressing in a youthful manner. Plus, they can pay online, and they generally have more spending power than the younger customers."

Rivir faces seasonal ups and downs in demand. It gets the least orders during the rainy season. "This year, predicting demand has been difficult because different areas in the country have been receiving erratic rainfall," Ankeeta says

Presently, Rivir sells on its website, on Amazon, and through a few internet sites such as LBB.

"We usually don't do discounts because we don't have inventory to clear out. But on Diwali and other occasions, we do sales of 10 percent to 15 percent to attract new customers," she says.

Rivir has outsourced domestic delivery to Blue Dart and Delhivery. Its international logistics are handled by Aramex, but Ankeeta says she is trying to get DHL on board.

Rivir wants to engage audience through digital marketing campaigns themed around fun, quirkiness, and excitement. It also intends to continue dabbling in influencer marketing to promote its products..

"Instagram brings us a lot of traction because it is visual. Traction from Facebook has slowed down. We also do Google Ads but its seasonal," Ankeeta says.

Going forward, Ankeeta anticipates Rivir may not face direct competition from custom designer shoe brands as "they are not as unique". She says, "Some such brands have shut down because they couldn't ensure their products were top-notch."

Rivir intends to scale up and boost manufacturing in order to fulfill more orders. However, Ankeeta says that any money invested into the company will go into marketing as Rivir's manufacturing is not asset-heavy.

This chaiwala from Indore is taking India’s most popular beverage overseas, has opened 180 outlets so far