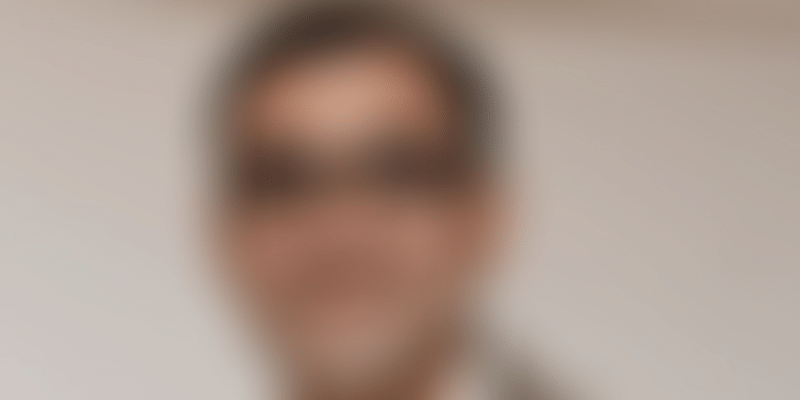 In this episode of 100X Entrepreneur podcast, Anand Lunia, Founding Partner of IndiaQuotient, talks about his understanding of the Indian middle-class consumer and how startups can build for them.

After finishing his MBA from IIM Lucknow in 1998, Anand Lunia of IndiaQuotient began his career as a fund manager with ICICI, and went on to work with Lionbridge and Hurix Technologies in various leadership roles.

He started his first edtech company Brainvisa around the dotcom boom, which transformed into one of the largest e-learning companies in India. In 2007, it was acquired by Indecomm Global Services.

Between 2007 and 2012, Anand became an angel investor and invested in startups like Inkfruit, MyDentist, and Faasos. He was also a partner with Seedfund, an early-stage venture capital fund known for its exits in Carwale and RedBus.

Then, he went on to take the role of a founding partner at IndiaQuotient, the VC firm that has invested in more than 50 of its portfolio companies over the last eight years.

IndiaQuotient focusses on fintech, edtech, social networking, logistics, healthcare, and other consumer businesses while its pride lies in lending-tech and social media.

Some of Anand's portfolio companies include ShareChat, Clip, and LoanTap, among others. As a chartered member of the Indus entrepreneurs (TiE), Anand has also served on the board of TiE Mumbai.

Additionally, he advises Massive Fund, a sector-agnostic and environment and climate change-centric fund.

Siddhartha Ahluwalia, Head of Community at Prime Venture Partners, caught up with Anand on this episode of 100X Entrepreneur podcast, a series featuring founders, venture capitalists, and angel investors.

Tune in to listen to Anand in conversation with Siddhartha:

Anand talks extensively about how it is a cultural thing in India that consumers gradually grow out of a certain pattern or a product, largely owing to the redundancy of it. He talks of NRI VCs who returned to India and have had bad experiences with founders here, and how they come with a predefined mindset – comparing the likes of Uber and Amazon with the early versions of Ola and Flipkart.

He says that the outright statement circulating was that India does not yield good product managers, especially when one has to talk about user experience.

"Today, Ola beats Uber hands-down when it comes to user experience, so much that Uber is copying its features and integrations. The same with Amazon – Flipkart-owned Myntra has a better UX than Amazon and even Flipkart while Amazon is still playing catch-up to conclusively get to the number one spot in Indian ecommerce since 2013," says Anand.

He adds that Amazon had to make a grand but late entry in 2013 to lock horns with the exploded competition in Indian ecommerce. Speaking further of American companies trying to hold their base in India, Anand says Facebook is surviving because of the numbers it gets from WhatsApp and Instagram, but the entirety of Indian culture has moved on from Facebook itself.

With all that is happening around the ecosystem, Anand says IndiaQuotient wants to back founders and product managers who are finding this small intersection.

When IndiaQuotient started, it did not really factor in fund management as part of its science and thesis. There were really simple thumb rules around how many investments it can do and the likes. But, when the firm started raising money from outside and ventured out of its friends and family circles, accountability and responsibility kicked in, and a fund strategy was formulated.

This meant that the fund needed to have a balanced portfolio, and strategic investments had to be made in companies with bigger chances of success as against its bets on social media startups.

"Slowly, we understood that we wanted to make bets in a few spaces where we earn our right to invest in something like ShareChat. Meaning, we earn that liberty to otherwise take unusual and unconventional bets. And these bets come from the confidence of investing in lending companies," explains Anand.

He added that this is how IndiaQuotient identified a roadmap to build a balanced portfolio for itself. Anand is one of those industry leaders who strongly advises against the stance that Indian startups should be Valley-inspired.

“Only those who don’t understand the Indian market make such comparisons. It is sometimes amusing to see people who have been around for years behave like foreign tourists who get duped by local touts and complain about India being too small. But a $300 million fund even in the US is not for early-stage. When we price something, we use purchasing power parity. But when funds are raised, there is no concept of parity. Only the right sized funds will make good returns," says Anand.