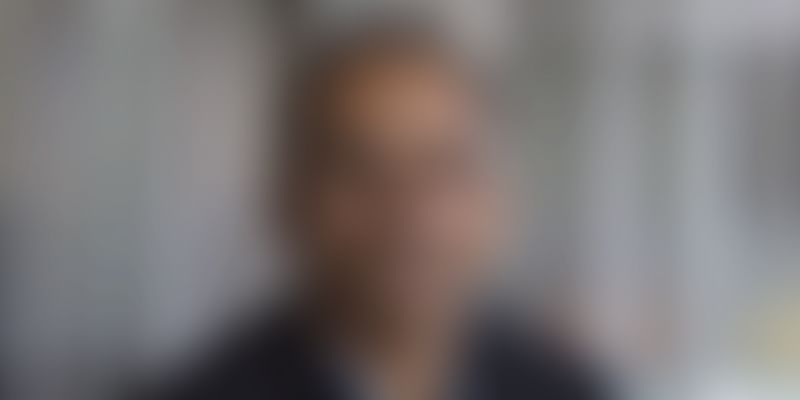 In this episode of 100X Entrepreneur podcast, Manish Singhal, Founding Partner of pi Ventures, talks about his experience of investing in AI startups and helping founders build them.

Raising money for a fund, according to Manish Singhal, has been the most challenging thing in his life so far. Having helped Slingbox grow for seven years, the Founding Partner of pi Ventures says building the startup was rather easier than building a fund for pi Ventures.

"Somehow my roles have been around business development and market development though I had a technological background. But raising funds for a venture fund was for the first time where I made a lot of rookie mistakes."

With a Rs 195cr fund, pi Ventures looks to invest in an AI-first world

After graduating from IIT Kanpur in 1992, Manish worked with several top firms like Tata Elxsi, Motorola, Ittiam Systems, and Sling Media. He co-founded LetsVenture along with Shanti Mohan and Sanjay Jha in 2013. LetsVenture enables angel investors, family offices, and funds to discover and invest in early-stage and growth startups.

Some of Manish's portfolio companies include FrontdeskAI, Wysa, and SigTuple, among others. He is also a board member and advisor at SigTuple, Niramai, Ten3T, Locus, Wysa, SwitchON, AdPushUp, GoCoop, P39 Capital, and others. He has over 27 years of operating and advisory experience across different sectors. A typical early sleeper, Manish likes to start his day early with yoga and meditation.

Siddhartha Ahluwalia, Head of Community at Prime Venture Partners, caught up with Manish on this episode of 100x Entrepreneur podcast, a series featuring founders, venture capitalists, and angel investors.

Tune in to listen to Manish in conversation with Siddhartha:

Manish is highly bullish about placing his bets on startups that are coming up with meaningful problem statements and product-driven solutions with AI. As for any preferences in this approach, he says that there are no limitations to listen to a specific problem statement and all kinds of statements are welcome at pi Ventures.

On having a technical co-founder, Manish adds,

"Ideally, startups have 2-3 co-founders of which some or all have a strong tech and business background. There are also startups that do not have that intersection, which is when they ought to augment with more relevant people."

The thesis is that if a startup is operating with AI in a meaningful way with a near product-market fit, it is more likely that the startup will be much ahead of its competition in the market. So, if an AI portfolio company of pi Ventures is set to raise its next round of capital, Manish says it should not be a major hassle for them to demonstrate the progress on how solid their business is.

The startup then does not have to go on to convince other VCs and investors with aggressive positioning.

Challenges in fundraising as a VC

Manish further explains the struggle behind raising money for his venture fund. He believes it changed him in a drastic way. The entire process of knocking on doors and presenting a pitch to raise funds has been a tough journey for Manish.

pi Ventures, when it set out with an AI-centric philosophy in 2016, faced the heat as the technology was still in its infant stage. The firm faced challenges until AI went beyond being just a buzzword to see practical application.

"It was not easy to show evidence of the things that were happening on the ground. That took us a while. In fact, we could not show any confidence until we wrote the first three cheques. That was when word started to spread that AI was actually working out," Manish recalls.

He says building a venture fund was also like building a startup, where he and his team had to find relevant products in the market and build some traction around the same. However, there were also times when Manish gave up saying it is not going to happen, but picked it up later to come back and continue the journey.

Calling himself a work-in-progress in the VC space, Manish admits to not having read a single book on AI, but rather, choosing to place his bets on building good teams. A majority of his learnings, he says, are derived from conversations he has had with tech founders.

Startups gear up to fight COVID-19

Startups gear up to fight COVID-19