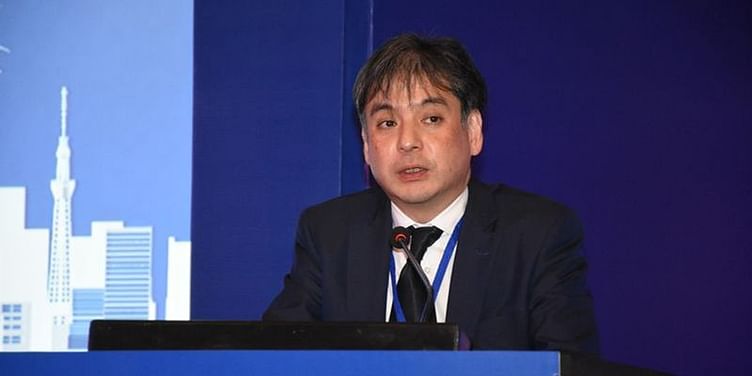 The Japanese Venture Capital Association is launching a new fund to support POCs of Indian tech startups. Japan's external trade organisation is connecting them with local entrepreneurs and industry bodies.

While SoftBank’s Vision Fund continues to write multimillion-dollar cheques to startups in India and abroad, Japan’s smaller, independent VCs are now scouting for investment opportunities across Asia, and especially in India.

Given Japan's ageing demographic and a small consumer market, these companies are looking India-ward to tap into the country’s enormous consumption class, an enviably young population, and one of the largest and fastest-growing startup ecosystems in the world.

Since 2019, the Japan External Trade Organization (JETRO) has been playing matchmaker between Indian startups and Japanese VCs and corporations.

Through the Invest Japan initiative, it is helping Japanese companies identify financial and strategic investment opportunities in India.

To accelerate its efforts, JETRO has partnered with NASSCOM and signed an MoU with the Maharashtra State Innovation Society (MSinS).

Earlier this year, it also held roadshows in Delhi and Mumbai to interact with local entrepreneurs and attract them to business opportunities in Tokyo, Yokohama, and other major cities in Japan.

On the sidelines of the Mumbai roadshow, YourStory caught up with Kazuya Nakajo, Executive Vice President of JETRO, and Shinzo Nakano, Chairman of Japan Venture Capital Association (JVCA).

In a joint interview, the duo spoke of increasing Indo-Japanese collaboration, establishment of an export corridor, a new VC fund to support POCs in India, and why the Tokyo Stock Exchange must appeal to founders.

YourStory: How is JETRO enabling collaboration between Japanese companies and Indian startups? What attracts Japanese VCs to India?

Nakajo: JETRO is obligated to promote and boost investment in the industry. We began looking at startups only a few years ago because it became a sentiment in Japan. Our industry and policy required Japanese companies to undertake digital transformation.

So, it became mandatory for them to explore IT and tech partnerships. India is strong in IT, and this wide talent pool is attracting Japanese corporations to the country.

YS: What are the active steps you’ve undertaken to take projects off ground?

Nakajo: JETRO is a non-profit institution. We don’t have any financing facility. We are connected to the industry and have rich experience in helping companies to set up their operations in Japan. We have 49 offices in every major city in Japan and five offices in India. We are trying to empower India by building export capacity.

India is currently suffering from a huge fiscal deficit and we are trying to help the local government to reduce that. Almost 1,500 Japanese companies already operate. And one of their focus areas is to create an export base out of India.

For example, Daikin Industries is exporting its ACs from India to Africa. JETRO is trying to help various other Japanese companies to set up more such export channels here.

YS: Besides IT, which other sectors are in focus?

Nakajo: India is very strong in IT, SaaS, pharma and healthcare, food businesses, skilling and so on. All these are good prospects for Japanese companies.

YS: How long has JVCA been looking at startups in India? Besides the talent pool, what attracts Japanese VCs to India?

Nakano: Until recently, not too many independent Japanese VC firms were making investments in India or even overseas. Because the startup ecosystem in Japan itself is growing so rapidly and steadily, they were investing locally.

But, some VCs are now looking abroad. Less than 10 independent VCs are invested in India currently.

YS: What do you look at before investing in startups? Is the idea most important or the founder’s background and other factors?

Nakano: We look at the founder’s passion, and sometimes we also care about why they started that particular business. Is there some experience in their own life that motivated them to start up? We believe that when that is the case, they usually stick with that business no matter what. Otherwise, it is pretty risky for us to make investments in a person who can give up their ideas easily.

YS: Any Indian startup that has majorly benefited from JETRO’s initiatives?

Nakajo: GreyOrange is one example. They have successfully created a partnership with furniture manufacturer NITORI, which is like the ‘Ikea of Japan’. They have also acquired finance from Mitsubishi Corporation.

YS: Are there any fundamental cultural differences between founders in India and Japan? As VCs, do you also favour IIT-IIM educated founders, something Indian VCs are often accused of?

Nakano: Indians are more aggressive and demanding. It is my personal opinion, and not that of the association I represent. Every single country has its own culture and we have to get used to it. But in every country, the approach that professional VC firms take is almost the same.

We invest in the quality of the founder and the founding team. In Japan, we don’t care much about the educational backgrounds.

YS: What are the JVCA’s key expectations from the Indian startup ecosystem?

Nakano: The independent VC’s goal is always to get big financial returns. What they expect in the Indian market is big growth. There are some other players who are interested in teaming up with Indian startups and those are corporate VC funds or corporations themselves. They are not financial investors, but they make strategic investments. They are looking for good business partners or technology partners in India, and are making sizeable investments in the country.

YS: What is your audacious goal for the next few years? How much are you looking to invest in Indian startups?

Nakajo: We are aiming for Japanese companies to do some new business from India and with India. Investments could be in early-stage startups, but their tech has to be advanced.

To achieve that, we are going to launch a new fund to further collaboration in POCs. Expect a formal announcement by the end of this quarter. The fund will focus on new business and new creations.

Nakano: Digital transformation is already happening in Japan and we hope that the collaboration in India will make it bigger and stronger.

YS: What are the hurdles of doing business in India? Has the policy and regulatory framework been challenging? Are there other roadblocks?

Nakajo: Not so much on the policy front, but the quality of infrastructure in India is a challenge. We talked about building export channels from India.

But, if someone tries to transport their product from the factory to the port, in many cases, the damage is done because of the poor quality of roads. The railway is also congested and there is no time schedule.

The other problem in India is price-sensitivity. If you launch a product, within a few months there will be a copy of it, which is not of the same quality but is good enough for customers. This makes India a very competitive market, and it is hard for Japanese companies to make profits here.

Plus, risk financing is a challenge because of high taxation. So, it might be difficult for VCs to set up a fund.

YS: You’re pitching the Tokyo Stock Exchange to Indian founders? How is it more attractive than Hong Kong and Singapore stock exchanges?

Nakajo: Hong Kong and Singapore have always been very strong. Tokyo Stock Exchange (TSE) is a hidden place for Indian companies. What we are telling founders is that if you were to partner with Japanese companies, this is another IPO option that you have.

Nakano: The most attractive point in TSE is the market for emerging stocks [TSE Mothers Index Futures].

The threshold of IPO is pretty low there. Once you reach a revenue of $10 million with a net profit of $1 million, and as long as you can show growth, you can go public.