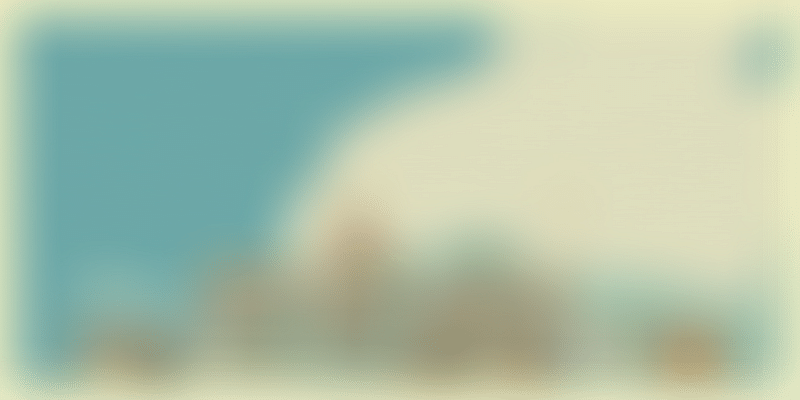 The growth of Pune's startup ecosystem has been led by its wide tech talent pool, Maharashtra’s innovation-friendly policies, and other factors. The Centre for American Entrepreneurship recently identified it as an ‘emerging global startup hub’.

Pune, a satellite city about 75 miles from India’s financial capital Mumbai, has picked up a few monikers over the years – ‘Oxford of the East’, ‘Maharashtra’s cultural capital’, ‘India’s upcoming metro’, and more.

Sometime in 2013, when India was on the brink of a startup revolution, a UK-based journalist travelling to the city found it “fresh and almost Californian in its energy”.

“Pune is to Bangalore what Austin, Texas, is to Silicon Valley, California — a hotbed of innovation with a more affordable standard of living,” he wrote.

And, the city has lived up to the hyperbole.

In a 2018 report titled Rise of the Global Startup City, the Center for American Entrepreneurship described Pune as an emerging startup hub in the ‘Global Next’ category. It was the only Indian city (besides Hyderabad) to feature on the list.

A year later, KPMG revealed in a study titled Pune 2.0: The Startup Hub that the city was home to 3,200 startups. About two percent of India’s tech startups are based in Pune.

The city received funding worth $1 billion (Rs 6,653 crore) through 132 equity deals between 2014 and 2018. The hottest sectors include agritech, healthtech, automotive technology, deep tech, software, and analytics.

Much of Pune’s growth as a startup hub has been attributed to the Maharashtra government’s innovation-friendly policies and initiatives. Add to that the city’s thriving IT/ITeS and automobile industries, access to high-quality education, inexpensive real estate, wide availability of tech talent, and a favourable climate.

Also playing a significant role in the development of Pune’s startup ecosystem is TiE Pune, a non-profit collective of entrepreneurs, angel investors, and government servants. It has actively assisted more than 800 startups in the past six years through its 'Nurture@ TiE Pune’ programme, according to KPMG.

YourStory lists seven startups that are putting Pune on the world map.

Later in December, the Pune-and-California-based startup crossed $100 million in annual revenue, and claims to be growing at 50 percent annually. It also featured in YourStory’s flagship ‘50 Newsmakers of the Year’ list.

Druva was founded by Milind Borate and Jaspreet Singh in 2008. It has built a patented cloud architecture offering enterprises an end-to-end backup, disaster recovery, archival, and analytics solution.

AgroStar is among India’s most celebrated agritech startups. Founded in 2013 by brothers Shardul and Sitanshu Sheth, the app-based mobile commerce platform for farmers helps them procure high-quality agri-inputs at a fair price.

This includes fertilisers, manure, seeds, nutrients, and even farm equipment. Through the platform, farmers can bypass traders and middlemen and place their orders directly. The products are then delivered to their homes by AgroStar.

In March 2019, the startup raised $27 million in a Series C funding round led by Bertelsmann India. It also saw participation from existing investors Accel Partners, Chiratae Ventures, and Aavishkaar Bharat Fund. It counts more than 100,000 registered farmers on its platform, according to Tracxn.

LoanTap, which calls itself a digital NBFC, has revolutionised instant consumer loans for India’s salaried professionals. Founded in 2016 by former banker Satyam Kumar and techie Vikas Kumar, it had disbursed loans worth Rs 270 crore by the end of FY19.

The startup has grown its order book by 10X in the last two years, and currently sells nearly 1.9 to two million loan products per month.

In October 2019, LoanTap raised $12 million in a Series B round led by Avaana Capital. The startup’s existing investors including 3one4 Capital, India Quotient, Shunwei Capital, Kae Capital, and others also participated in the round.

Faasos is one of few startups that has managed to stay afloat in India’s cash-guzzling on-demand food delivery industry. Founded in 2011 by Jaydeep Barman and Kallol Banerjee, it operates cloud kitchens and offline outlets in India’s top 15 cities.

The startup has raised more than $300 million in funding till date from investors including Goldman Sachs, Gojek-owned GoVentures, Sequoia Capital, Lightbox Ventures, Evolvence India, and others. It has an estimated valuation of $525 million, according to Bloomberg, and has been identified as a ‘soonicorn’ by KPMG.

FirstCry can loosely be described as the Amazon for baby and mother care.

Founded by Supam Maheshwari and Amitava Saha in 2010, the Pune-based ecommerce platform stocks more than two lakh products across categories such as kidswear, diapering, feeding and nursing, skin and health care, toys, clothes, and other accessories.

In January 2019, SoftBank’s Vision Fund invested $400 million in FirstCry in exchange for equity. This reportedly pushed the startup’s valuation north of $800 million, thereby earning it a ‘soonicorn’ tag.

Later in November, FirstCry went on to acquire Oi Playschool, a platform for early learners. It also operates more than 350 offline stores across India.

ElasticRun has been hailed as the ‘Uber for logistics’. The startup was founded in 2015 by Sandeep Deshmukh, Saurabh Nigam, and Shitiz Bansal.

It runs a tech-led aggregator platform for logistics and supply chain infrastructure to offer last-mile transportation and hyperlocal distribution to small store owners and consumer goods companies. Its services are available in more than 200 Indian cities.

The platform lets them automate the order-taking process and gain real-time visibility on inventory status, operations, payments, etc. It operates in 70 cities and is out to disrupt healthcare with Big Data.

In September 2019, PharmaRack raised a Series A round of $3 million from IvyCap Ventures. It is also backed by Unicorn India Ventures and Currae Healthtech Fund.