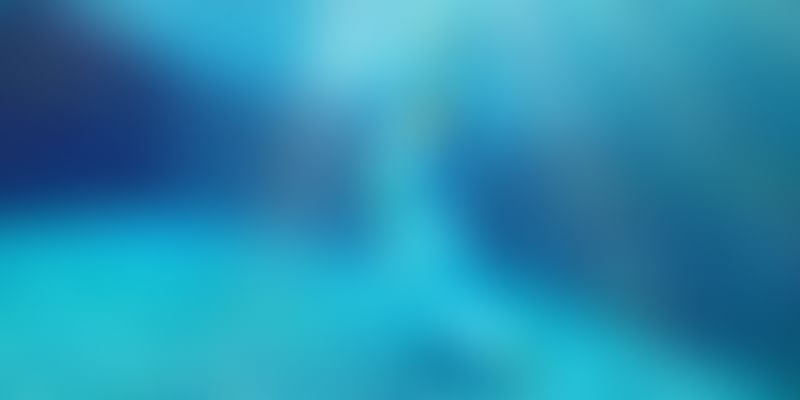 Sarvesh Shashi, 27, started Sarva Yoga Studio at a single location in Chennai in 2016. The wellness startup now has more than 40 studios across five cities, and $2 million in revenue.

What do Jennifer Lopez, her fiance Alex Rodriguez, Malaika Arora, Shahid and Mira Kapoor, Aishwaryaa and R Dhanush, and investor David Giampaolo have in common?

Apart from a love for yoga, all of them have invested in Indian yoga and wellness brand ﻿SARVA﻿ Yoga Studio.

Founded by Sarvesh Shashi in 2013 at age 21 as Zorba, a way to bring the world the benefits of yoga, the company was in March 2016 rebranded as Sarva Yoga Studio.

The brand is now eyeing global expansion and has a presence abroad with a centre in London. But in India or outside, the wellness startup is on a mission to “connect seven billion breaths through yoga”.

Sarvesh Shashi, who hails from an affluent business family in Kerala, enjoyed a mollycoddled childhood. Until the age of 17, he says, he was driven by three As: anger, aggression, and attitude.

The unsettled teenager lacked patience and understanding, and only had one demand: wanting things and getting them done in his way.

Things changed when he met his Guru, who led him on to the path of Yoga. His Guru had one demand: that Sarvesh observe the five sadhanas (vows) until the age of 25. These included no lying, no physical and mental stealing, no intoxication, non-violence, and complete celibacy. He was also asked to practise 40 days of absolute silence.

He tells YourStory, “My life can be categorised into two phases: the crude years before 17, and the inquisitive ones after.”

Sarvesh, 27 now, continues to ensure that the five vows are a way of life, “not by chance but by choice”.

Sarva Yoga Studio’s first outlet was opened in the founder’s home town, Chennai. The first few customers, part of his inner circle, lauded him for coming up with a yoga studio that was not advertised with a godman’s figure or face.

The founder and his Guru believe that enlightenment comes from within and not through external preaching, which is what led to the idea of helping customers strengthen their body and mind, and “listen to their inner voice”.

Sarvesh says the brand is more than just wellness, but is a way of life. Sarva stands for “whole” in Sanskrit. It means all inclusive, all together, all encompassing, and all for one.

“All is common, but the word has relevance to its purpose. Sarva has a certain universality. Its meaning has its own individualistic qualities that thoughtfully weave in with the intent of the brand - connecting seven billion breaths,” he says.

At the first studio at Chennai's Mount Road, Sarvesh was the trainer, housekeeping and front desk staff, and studio manager. Soon, the aesthetics of the studio and the varied yoga offerings grabbed media attention.

Word of mouth led to customer overflow and the launch of two more studios in Chennai, at Anna Nagar and Harrington Road.

So far, the startup has received more than $10 million in funding from angel investors, friends, family and private equity. The top investors, apart from the celebrities, include Zumba Fitness LLC, Mark Mastrov, and Bill Roedy.

"Coming from the country where yoga originated, I wanted to create a base in a territory that has a need and understands the authenticity of the service. The market in Asia is dynamic, extremely versatile, and the ideal ground to test the waters and understand the offerings' acceptability,” the founder says.

Sarvesh wants to “bring modernity to what was once a way of life”, and ensure that yoga fits the needs of millennials without losing its core.

As the world’s second most populous country, India has more than 600 million people under the age of 35.As physical and mental ailments rise across the world, Sarvesh says he felt it was imperative to tap yoga and provide its benefits to people – first in Indian, and then abroad.

The wellness startup, which has more than 40 physical studios in Delhi, Mumbai, Bengaluru and Chennai, has till now generated a revenue of more than $2 million.

Sarva Yoga Studio runs a subscription model like any other player in the fitness industry. Members purchase either a subscription with unlimited classes with a stipulated validity, or buy a class pass that needs to be used within a stipulated time frame.

All studios follow the same schedule. Each day focuses on one form of yoga, and members can access any slot, as per availability and convenience.

Yoga trainers at these studios are graduates and postgraduates from top yoga universities across the country; they are trained in the 25 forms of yoga.

Sarvesh says the training model with the instructors is “a separate revenue stream”.

The startup began an educational and training model for 20 London-based yoga experts, who went on to start Sarva classes in the UK, at three different locations in London.

Roadmap for the future

Sarvesh keeps “a close eye” on a lot of wellness organisations working to build a wellness ecosystem, including Calm, HealthifyMe, Headspace, and Cure.fit. His aim is “to learn, adapt, and disrupt the category as much as possible”.

A report by Praxis and YourNest Venture Capital says the sports, fitness, and wellness industry in India, which was capped at $35 billion in 2016, is expected to become a $90 billion market by 2022, creating 2.5 times more opportunity for peripheral products and services like gear and apparel.

Sarva Yoga, which now has 200 employees, is running its own mobile app development, to create virtual yoga classes for its global user base, under three segments: body, mind, and training.

The app offers live and interactive virtual classes, and a mechanism that gives users real-time feedback on their postures.

The founder also plans to venture into an on-demand video segment for guided meditation, sleep stories, and mindfulness music. He is also aiming for modules for training virtual teachers.

“Apart from yoga-as-a-service physically and virtually, we are also focusing on yoga-as-a-product through Sarva Nourish for health, food, and beauty care segments and Sarva Gear for athleisure and yoga wear,” he says.

Sarva Yoga aims to run micro-marketing campaigns and create a dense presence in every Tier I city. “We want to take the number of studios in India to 75 by 2021,” Sarvesh says.