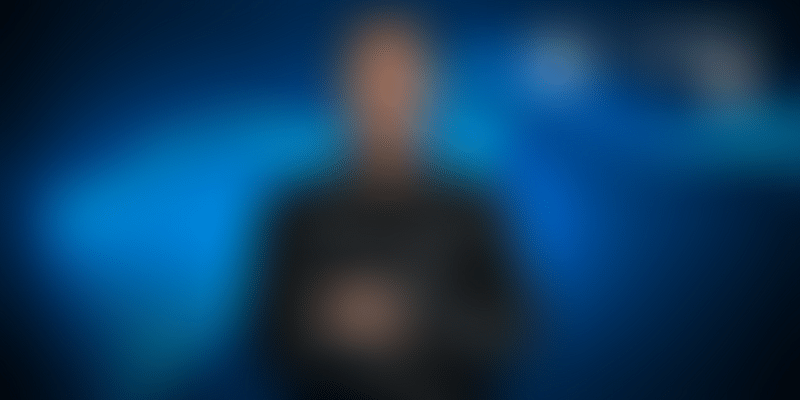 Our techie for this Tuesday is Benson Samuel, ex-CTO and Co-founder of Coinsecure, who is now on a mission to fix a global problem: the initial coin offering (ICO) issue, using blockchain technology.

If there's one characteristic that's common in the many techie personalities we have profiled so far, it's their unrelenting passion and commitment to innovation. Benson Samuel, 40, who built India's first cryptocurrency trading algorithm before the Reserve Bank of India's (RBI) crackdown on the industry, is a case in point.

The techie -- who made a name in the then nascent cryptocurrency industry by co-founding India's very own real-time bitcoin trading platform Coinsecure with Mohit Kalra in 2014 -- was forced to suddenly do an about turn and start afresh. This was after the RBI, in April 2018, barred banks from dealing with crypto exchanges, forcing many startups like CoinSecure that dealt with cryptocurrencies such as Bitcoin, Ethereum, Ripple, and others to shut down.

But as is true for most techies with a penchant for innovation and doing the new, Benson too was undeterred, viewing this instead as an opportunity to build something new in yet another emerging technology. Thus began his work with blockchain technology.

After taking a year's break following the shutdown of Coinsecure, Benson went back to the drawing board -- this time, to build Bengaluru-based Tokenyz Ventures, a digital securities issuance and trading platform built on the premise of blockchain technology. The security token offering platform aims to bridge the gap between traditional securities and blockchain asset ownership and investment.

Today, Benson's work with CoinSecure and Tokenyz Ventures has cemented his standing in India’s cryptocurrency and blockchain circles, making him a venerable name with peers and aspirants in these areas.

In fact, the unassuming and amiable founder could often be seen participating as lead panelist at most tech summits in Bengaluru after the launch of Coinsecure.

Still, this self-proclaimed “wizard of mathematics” had an unlikely journey into the world of technology and coding.

For one, he never had any formal, course-based training in software programming and had, in reality, pursued a Bachelor's Degree in Economics from Bangalore University. Two, his mother -- a Central Government employee -- tried hard to convince Benson to pursue the civil services, something Benson realised early on was not his calling.

Despite his lack of a formal training in Computers, Benson's love for all things technology was evident early on in his childhood. The Bengaluru-born Benson, who owned his own computer at home at the early age of around 12, grew up spending a great deal of time at the Computer Club at his school, Bishop Cotton's Boys School, in the city. In time, Benson taught himself how to code and become the tech whizz he is today.

The self-taught techie learnt to code from the basics of a Microsoft Excel spreadsheet. Unlike most tech architects who are computer science geeks while at college, Benson started coding only eight years ago.

While working on Excel spreadsheets, Benson started his coding experiments. He says he was “really good” at building interfaces while working on the front-end.

“Eventually, I understood that I needed a different level of competence to work out the backend and a large database structure if we had to build a solution for India,” he says.

The untold story of Alan Cooper, the father of Visual Basic

Having started his career in the BPO industry with companies like ICICI OneSource and WNS Global, Benson eventually moved to Tarang Software where he managed the business development teams.

At Tarang, he deviated towards Bitcoin and began exploring the possibilities of launching a cryptocurrency startup.

However, as Benson began attending forums and events focused on Bitcoin, he realised that the pricing in India was 20-30 percent higher than most countries that operated with Bitcoin.

“So, Coinsecure had to be a price setter that extracted code and APIs from a couple of global crypto exchanges and converted them into the Indian rupee. Because of this, the margins dropped from 30-40 percent to 3-5 percent,” he says.

Coinsecure had a simple stack initially - PHP on the front-end, HTML and JavaScript on the backend.

The app allowed users to buy, sell, send, receive, and accept Bitcoin while also allowing them to place their bids, asks, withdraw and deposit funds, and check for pending orders. Targeted at serious traders, Coinsecure had the reputation of being a simple and easy-to-use application.

As the user base and traction grew, the startup expanded in scale and size with 35 team members in two locations: Delhi and Bengaluru.

Started only as a price setter for users, Coinsecure became a transactional exchange that got a valuation of a little over $10 million. The platform handled more than a million transactions.

After the regulatory orders and the government's ban on cryptocurrency trading, Coinsecure had to shut shop in 2018. By then, it had more than two lakh users and had ratcheted up Series A funding of $1.2 million in January 2016. This made the startup one of the top-funded Bitcoin exchanges in the country.

At the time, the startup claimed to have recorded trades worth tens of billions of dollars. However, Coinsecure suffered a hack in April 2018 and 438 bitcoins worth approximately $3 million were lost.

“After shutting it down, I had a full year to myself and I was very bored. So I got my kids into coding, and we built some drones. We used 3D printing to build a robot that could move its hands. I had the time to learn and understand machine learning and AI,” he says.

Right now, Benson is working on fixing a global problem: the ICO issue. An Initial Coin Offering (ICO) is the fiat equivalent of an IPO (Initial Public Offering) and is considered to be the future of corporate fundraising.

There is a rising fear regarding the potential risks involved with fraud and illegal sale of securities, and the US Securities and Exchange Commission (SEC) has warned against ICO sales.

But Benson aims to change that with Tokenyz.

The startup uses blockchain and a suite of smart contracts, and wants to be a digital financial services company with a global footprint.

“We are currently working on some strategic partnerships for our backend, with companies who already have the regulatory permissions but lack the technology. The goal is to build it into an investment bank completely governed by blockchain contracts," Benson says.

Indeed, with Tokenyz Ventures, Benson is building a premier digital financial services institution with a global footprint, backed firmly by his belief that the disruption of financial markets through digitisation will create unmatched growth opportunities.

The techie, who hasn't allowed the challenges he has faced define his journey, is now aiming to disrupt the investment banking space.

He adds, in his characteristic unassuming manner,

"Utilising a suite of blockchain-governed contracts along with proven partnerships, we aim to be a force to contend with in investment banking, and that's what we're working towards."