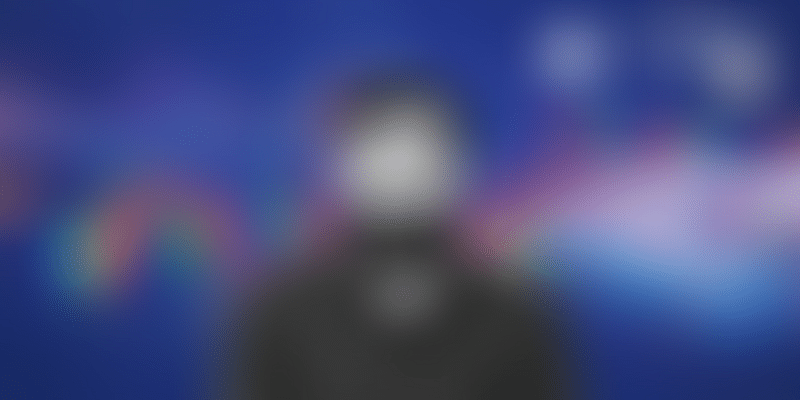 In this week’s Techie Tuesday, we feature Varun Agni, Co-founder and CTO of Bounce, who went from building a computer in his teens to solving Bengaluru’s commute and traffic issues.

Varun Agni, Co-founder and CTO of Bounce, never really knew about the hype around studying at premier institutions like an IIT while growing up. Hailing from Hassan, a small town in Karnataka about 100km from Bengaluru, he knew just one thing – he wanted to pursue engineering and tinker around with a computer as much as possible.

“There is beauty in computers. You can keep asking ‘why?’ and keep going deeper until you understand how they behave. You get to understand what makes a silicon atom and a phosphorus atom interact and create a transistor. That kind of learning is addictive,” says Varun.

This love for the hardware and engineering eventually led Varun to build bikes and internet of things (IoT) devices for his startup, Bounce, from scratch. Even today, he runs the R&D lab closely at Bounce to build systems that run perfectly for Indian conditions and problems.

The right mix of hardware and software

Varun’s love for computers began in the early 2000s when he built a rudimentary graphics website on Hindi cinema in Class XI.

“While I liked and enjoyed building the website, what I loved more was the electronics. So, I just went ahead and built a computer, and tried to understand what combinations work. I experimented with Field Programmable Gate Array (FPGAs),” he recalls.

He adds that understanding how to build a processor from scratch and make it do “whatever you wanted” amazed him. This drive got Varun to pursue a bachelor’s at R.V. College of Engineering, Bengaluru.

Wanting to explore more, he subsequently went to pursue a master’s in Telecommunications from the University of Maryland, US.

Varun says the unreliability of communications always intrigued him. He explains that beauty lies in questions like – how do you do things that have tiny processors without a lot of fire power?

“I worked on ZigBee protocol, which is a low energy protocol that worked on connecting tiny process controllers. It would allow you to send information in a mesh network. It is an ad-hoc mesh network. The information propagates through broadcast and multicast, each individual node in the network picks it up and forwards it to the next node, and you have a gateway in the end, which connects to the internet. It is used for figuring out how bridges are doing. How do you use it to monitor a bridge’s health? That again is a hardware and software mix that can bring a real-world impact,” says Varun.

He adds that Bounce wouldn’t have been possible without his curiosity to see what impact hardware and software could bring in the real world.

Varun is also a strong believer in solving problems with collaboration.

“Look at how it is viewed in India versus in the US. There, it has little to do with classroom and more to do with the industry. This collaboration was one of my biggest takeaways,” he says.

The entrepreneurial bug bit Varun in 2013 while he was working as a network architect at Dimension Data. Although he could have started up in the Valley, he chose to move back to India instead.

“The problems and, therefore, the solutions you can build here are unique and different. There is a bigger opportunity in India if you can focus on India-centric problems. The support structure is evolving. India also has amazing talent and ecosystem,” says Varun.

Around this time, he connected with his childhood friend, Vivekanand HR, and Vivek’s Anil G. The trio began to brainstorm different ideas and solutions. Their first choice was an accounting app.

But when they saw Anil wait for almost 90 days to get his Royal Enfield, it got them wondering if they could do something about it. This led the startup to build a motorcycle rental platform. And Wicked Ride was born in 2014.

This went on until 2016 when traffic conditions in Bengaluru worsened further. That eventually led to the birth of Metrobikes – now Bounce.

Varun recalls, “In 2016, the intelligence needed to move vehicles to be available in any location didn’t exist. It was docked cycle sharing that had wired internet, and docks needed to be set up in hubs and demand centres. That can make you limited, thanks to real estate, capital, infrastructure, and even speed of execution. We saw an opportunity to use the IoT to solve the problem.”

IoT helped the startup move the intelligence from the dock to the bike itself.

The challenge was to build a sustainable tech solution “The idea is working on microcontrollers and different logs. And in 2016, there were a lot of network issues, and you needed to figure out how to narrow down and manage the consumption on IoT of a bike,” says Varun.

The team decided to make the bikes self-sufficient so that users could access bikes close to their areas. For this, they had to build keyless solutions as adding a key meant bringing in more resources.

The same IoT device in the bikes also helps the team track the vehicles. And a user can unlock the bike using the app.

But there were several challenges too. The team faced its worst in May 2018 when over 100 bikes were ready for pilot. But, the very next day, 70 bikes were out of batteries. And they had to go back to the drawing board.

The batteries of the IoT device that locked and unlocked the bikes needed to be more efficient and stronger. So, they started factoring different aspects like heat, movement, travel time, and other details to improve this.

“We worked around and also made it convenient for the users. They could pick up and drop the vehicle wherever they wanted. The app even gave them information on vehicle health. And we got that data on the bike device – its location, fuel levels, and health and maintenance,” says Varun.

Still as hands-on as Day 1

In the early days, Varun would work for 48 hours straight. While the hours are better now, he is still passionate about the tiny details.

“CTO or no CTO – you need to be hands-on, you need to get your hands dirty, try new things and keep doing things, and I feel that is the best way to get people to follow you,” says Varun.

Today, Varun is focused on new technology development for Bounce. “I am finding different ways of making commute intuitive and easier – both for us and the consumer,” he says.

To all the techies out there, Varun says, “I don’t care what language you know or how much skills you have on paper. The test is what can you do with those skills. The ‘whys’ are always important. Keep asking why, keep going deeper into each level, and you will discover something new, and find a solution nobody else has.”