Transparency is the greatest trait of a startup founder: Rahul Chandra of Unitary Helion Ventures 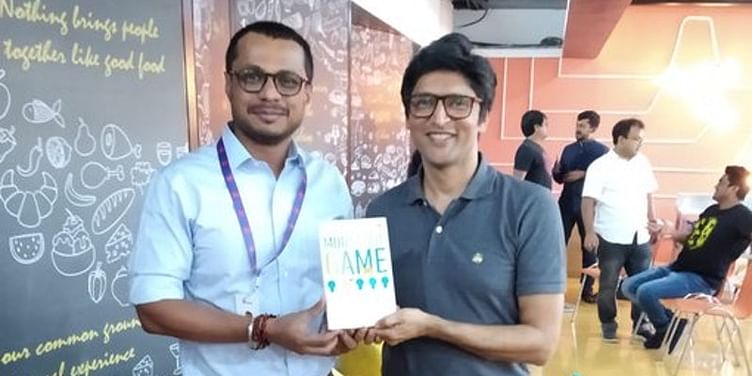 In this episode of 100X Entrepreneur podcast, Rahul Chandra, Co-founder and Managing Director of Unitary Helion Ventures, talks about what humanises a venture capitalist, and how VCs have as equal a skin in the game as founders.

If he had to use a single word to describe great founders, Rahul Chandra, Co-founder and Managing Director of Unitary Helion Ventures, says it's "transparency’". Founders who are fundamentally honest and transparent with their co-founders, employees, and investors often stick to that standard on a consistent basis.

"Acknowledging the things that go wrong is also equally an important trait of a good founder, while anybody can glorify the good things in the company. So, it all comes down to the imagination of the founder and his or her ability to sell an idea, which a VC can quantitatively analyse and look at turning into an opportunity," Rahul said.

From 1997 to 2006, he was part of Walden International—a leading VC firm managing $2 billion in private equity — as an investment manager. At the time, it was the first Silicon Valley-based VC firm to establish its presence in India.

This was also the time when Rahul saw venture capital and angel investing from close quarters. He was involved in early-stage investments in 12 high-tech startups in the US, and additionally invested nearly $35 million in 17 early-stage startups across South Asia. The investments include Sierra Atlantic, Headstrong, and ﻿Mindtree﻿.

Some of the others that Rahul has invested in or has been closely associated with include Ikanos, Infravio, Inquira, Velosel, Matisse Networks, Broadlogic Networks, and e4e Inc. At the time of starting the fund, Helion Ventures only had $140 million in its bag. As of today, the fund has made over 135 investments across finance, healthcare, logistics, and agriculture.

Also armed with an MBA from Haas School of Business, Rahul's portfolio companies include the likes of ﻿MakeMyTrip﻿ and ﻿Bigbasket﻿, among others. He is also the author of The Moonshot Game: Adventures of an Indian Venture Capitalist, which focuses on the numerous investment cycles, insights, and experiences Rahul has closely seen over the years.

He said, "In general, Indians share a lot less than they need to, especially in the venture capital space, and the thesis of investing in startups. The book was an attempt to humanise the life of a VC, which is rather less talked about."

He was speaking to Siddhartha Ahluwalia, Head of Community at Prime Venture Partners, on an episode of 100X Entrepreneur podcast, a series featuring founders, venture capitalists, and angel investors.

Tune in to listen to Rahul in conversation with Siddhartha:

As one can imagine, a typical VC spends their day rejecting more than accepting as startups approach them with pitch decks and proposals for investments. While it sometimes pains him to reject what could be great ideas and products, Rahul noted that VCs are nevertheless making bets and just like other players in the startup ecosystem do not have a crystal ball.

However, according to Rahul, the most important thing that comes to the attribute of a startup's success is timing. Over the years, he has seen several smart founders come up with similar ideas catering to similar problem statements. But, while the same idea worked a decade ago, it may not take off in today's time.

“Product-market fit is all about how well-timed the product is, and the other factors can go along with it,” he said.

Sleepless nights for a VC

Of all the challenges he has experienced and the risks he has taken, Rahul singularly remembers the time when a regulatory roadblock hit a portfolio company. Calling the experience “traumatising and painful”, he said that it affected the microfinance startup so badly that the young firm went to the point of no return.

Rahul had backed it with a $10 million cheque when Unitary Helion was only $140 million. But, the startup eventually overcame the tough times and even went for an IPO. It is in times like these that it is crucial for a VC to have faith in the startup they want to bring into their portfolio, even if nobody else is unwilling to put a single dollar behind it.

"Even VCs have sleepless nights just like founders do. I often get calls in the middle of the night from founders, when I am on vacation and nobody is around me. Most of these calls are all about sharing insights and feedback, and it is really important that a startup has backing from a VC who has seen enough disaster in his time," Rahul said.