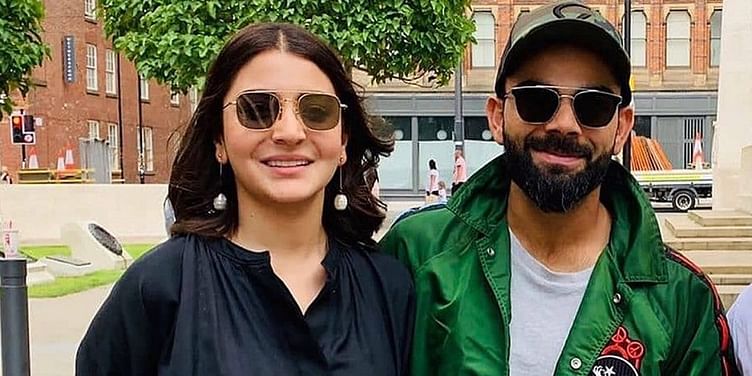 This investment was part of the first external round raised by the startup of about $84 million, which it announced last month.

From Deepika Padukone, Malaika Arora, to Akshay Kumar, Bollywood celebrities over the last year have been making headlines following their investments in Indian startups.

While most of these investments are made in health-conscious consumer brands like yoghurt-brand Epigamia, fitness startup ﻿SARVA﻿, and wearable tech startup ﻿GOQii﻿, Indian skipper Virat Kohli and Bollywood actor Anushka Sharma have chosen the fintech sector to make investments.

Recently, the duo invested close to Rs 2.5 crore in Bengaluru-based insurtech startup Digit Insurance according to filings with the Ministry of Corporate Affairs (MCA). In return, a total of 3.33 lakh equity shares were allotted to the duo, the filings show.

This investment was a part of the first external round raised by the startup which it announced last month.

In the last week of January, Digit Insurance had said that it was raising $84 million from three growth equity investors - A91 Partners, Faering Capital, and TVS Capital, subject to approval from IRDAI. Post this investment, Digit’s total funding stands at $224 million to date.

Along with Anushka Sharma and Virat Kohli, UBR Capital which has invested in Cornerstone Sport and other consumer brands like Vahdam Tea, OTO Capital, and Fyre Energy Booster, also invested close to Rs 1 crore in the startup as part of this round.

In addition to the institutional funding, Digit, while announcing the fundraise also said that 72 of the startup’s employees have also invested over $4.34 million along with the investors as part of the round.

In July 2018, Digit Infoworks, the parent company of Digit Insurance, had raised close to $45 million from Fairfax Holdings.

Incorporated in 2016, Digit Insurance started its operations in November 2017 to make insurance simple. Within two years of operation, Digit now claims to serve more than five million customers and has achieved close to $300 million of annualised premium.