[WATCH] The week that was: from celebrating 15 years of Google Maps to tracing Dunzo’s tech journey 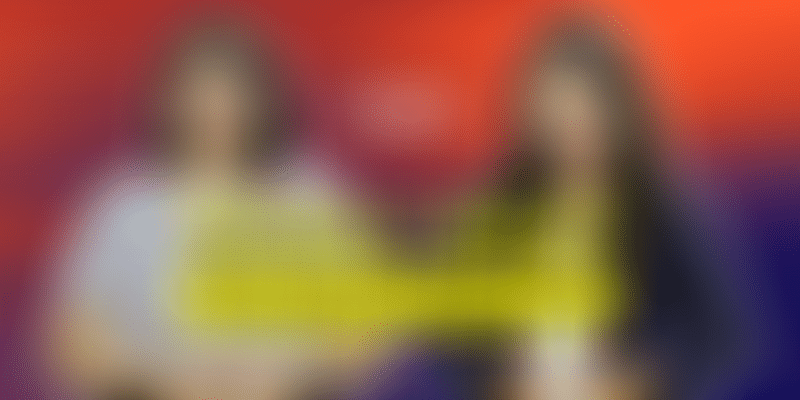 During Valentine’s Week, we show some love to Google Maps, which has let us go anywhere without worrying about how to get there for the past 15 years, powering businesses and startups like Dunzo, Zomato, and Uber.

This week, the world celebrated 15 years of Google Maps, and all the convenience it has brought to travellers, businesses, and the common man.

Need to get somewhere quickly? Uber or Ola come to your rescue. Want to eat before the meeting ends? Just Swiggy or Zomato it. A package just has to be sent? Go for Dunzo. Internet, smartphones, and on-demand delivery apps have made life simpler and convenient.  But what is fueling all these apps is something that was born 15 years back: Google Maps. On February 8, 2005, Google, riding high on its successful email and search engine, launched Maps, its web mapping service that offers satellite imagery, aerial photography, street maps, Street View, real-time traffic conditions, and route planning.

And a startup in India that is thriving using Google Maps is Dunzo. This week, we spoke to its founders who laid out the product roadmap of the startup.

Founded in 2015, Bengaluru-based Dunzo is your personal concierge – from filling out shopping lists to picking up the charger you forgot at home or delivering your favourite pizza to your office, it does it all. On-demand startups succeed by addressing a latent need in the market. Uber and Ola did it; so did Swiggy and Zomato.

Dunzo addressed the problem that most time-strapped people face today: the need to get things done.  The app, which now has multiple functions, categories, flows, and even a B2B version, started life on WhatsApp. Users would type out what they needed done, and Dunzo would get to work.  It’s well known that people keep returning to a product because it solves a need. Dunzo, even on WhatsApp, was doing that.

“There were several problems - you can’t track a partner, you can’t pay in advance, you don’t know if your delivery is going to come on time - and yet there were early adopters,” says Mukund Jha, Co-founder and CTO, Dunzo.   But what started as a simple list app soon opened up multiple possibilities.

Even as SMEs embrace digitisation, they struggle with finding products that best suit their scale of businesses. Small firms do not have the luxury of having an IT engineer to on-board applications needed in the ordinary course of business. While there is a plethora of software-as-a-service (SaaS) startups offering no-code, low-code products to SMBs, they cannot be adapted without initial onboarding.

This is where Stackby wants to make a difference. The Surat-based cloud software startup was set up as a collaborative database SaaS venture that helps small businesses create and customise their business tools without any technical intervention.

From love for tech we move on to the concept of love itself. It was Valentine's Week again, and pink hearts, confetti and romance is in the air. But, in 2020, romance has a new identity – online dating. Gone are the days of serenading your love with songs, sonnets, and flowers. These days, it is all about the 'right' swipes, words, and 'wokeness'. But, how we present ourselves in the world of the internet can be a tricky business with so many unwritten rules on what fits and what doesn't. And when it comes to dating, there is one app that has set the bar – Tinder.

Since its entry into the Indian market, Tinder has been rather quick in finding its feet in the country, effectively revolutionising the dating scene. It has also been credited with popularising the "hookup culture" – one that our sanskari culture wasn't that aware of.

We also learned some new terms in the bargain. From the commitment phobes, who want casual hookups to the hopeless romantics looking for old-school love – Tinder has it all. In fact, a report says that the hookup culture is different when it comes to metro cities like Mumbai and Delhi.  The online dating industry in India - unimaginable a decade ago - is now thriving, and players like OkCupid, Hinge, and Bumble, are also slowly becoming popular. But, here's the plot twist (if you will) – there seems to be a lot more to Tinder than just meeting people with no strings attached, as it is commonly believed.

And if India loves its Tinder, it sure loves its cosmetics too.

SUGAR is the new Lakme, Nykaa has become a better alternative to your brick-and-mortar neighbourhood store with limited stocks, and men’s grooming is no longer frowned upon. If there’s one industry that has truly been transformed by the waves of tech-induced changes brought about by newer generations and time, it is the cosmetics and cosmeceutical market in India. Growing at a CAGR of 25 percent, India is set to become one of the top five global markets by revenue by 2025, according to a Redseer report. And to think of it, it all started with homegrown practices, origins of which could be traced back to the ancient science of Ayurveda.

Self-beautification dates back to the Indus Valley civilisation. There is evidence of both men and women, during this time, indulging in a slew of cosmetic concoctions for embellishing surface personality and also to accomplish merit (punya in Sanskrit) and happiness (anandam). Essentially, long before the millennials and Gen Z figured out that cosmetics could cure those mean Monday blues, the practice was already in motion.