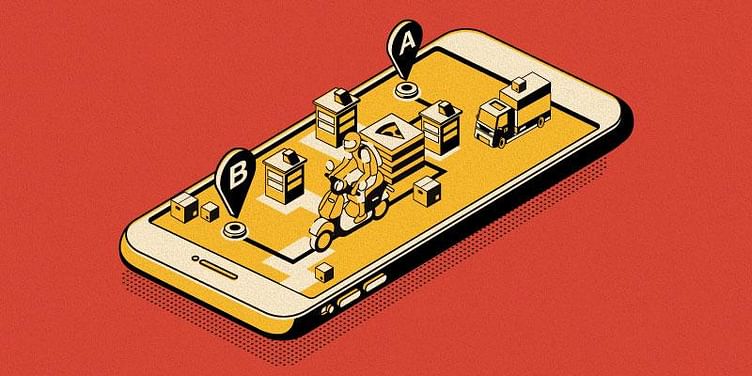 It has been 15 years since Google launched Maps. Since then, the web mapping service has powered the birth and growth of several on-demand startups and logistics services. Here’s how.

Need to get somewhere quickly? ﻿Uber﻿or ﻿Ola﻿come to your rescue. Want to eat before the meeting ends? Just ﻿Swiggy﻿or ﻿Zomato﻿it. A package just has to be sent? Go for Dunzo. Internet, smartphones, and on-demand delivery apps have made life simpler and convenient.

But what has made the functioning of these apps easier is something that was born 15 years back: Google Maps.

In line with its philosophy of “organising the world’s information”, Google had made mapping simple and easy. In 2008, it further simplified things by opening its API Google Map Maker, which expanded the use cases to businesses. Delivery partners and courier executives no longer need to make the number of calls they did earlier.

And over time, the unstoppable rise of the smartphone has fundamentally changed how we locate, navigate, and plan our trips and journeys.

Lalitesh Katragadda, Founder of Indihood, and the man responsible for building Google Maps in India, says there are 'two fundamental problems that Maps solves'. “I should be able to locate where I am and go wherever I want to, using directions. These two fundamental constructs have given rise to the entire hyperlocal, shared economy startups we see today.”

A different way of showcasing data

It isn’t like delivery and movement didn’t happen earlier.

Domino’s has been guaranteeing the delivery of your pizza in 30 minutes. And FedEx always assured that you would get your package at the right place, at the right time. GPS existed; the internet was already there.

What Google Maps did was reduce the entropy that existed in finding the right building, spot, and exact pinpointed location.

As Brijesh Bharadwaj, Director of Products, ﻿Dunzo﻿, says, “The actual value of the map is not the map itself - it's the richness and level of granularity that the app is able to provide, right down to where one should enter a building from or how far the nearest gas station is.”

He explains that Google Maps has, more than offering general direction, transformed the way we navigate, transact, and search.

“Google maps provided an easy and efficient way of overlaying GPS data in real time. Mapping data on roads up until then was restricted to governments. Opening of the maps API allowed companies to overlay data in interesting ways, use real-time information, and build services on top of them,” Mithun says.

This hasn’t been restricted to logistics startups. He adds that many real-estate tech companies did well initially because they were able to overlay houses over maps.

“It gave a different way of overlaying data, and showed nearby places such as parks, malls, and recreational centres. It also provided dynamic data, which made it simpler for the on-demand economy and services like Uber, Ola, and Swiggy,” Mithun says.

Brijesh says in Dunzo's case Google Maps as a service made navigation “more intuitive for the delivery partner and traceability more visible for the user”. This resulted in greater efficiency on the platform's turnaround time - a core proposition for any hyperlocal logistics business.

Pankaj Naik, Executive Director and Co-head, Digital and Technology, Avendus Capital, explains that Maps changed the landscape dramatically. The tech ecosystem in India is worth over $80 billion, and he feels that 80 to 90 percent of that is based on one important feature: Google Maps.

Google Maps has changed the way people navigate cities and streets, but that was not the original intention.

Lalitesh says: “When you build APIs, you cannot predict use cases. We had imagined that ambulances would use it, taxi services would use it; we did not expect people would get burgers delivered at home if a child was unhappy with dinner.”

But how was that done for a country like India, where addresses aren’t perfectly geotagged like in the US?

Google solved this problem with the use of interfaces. The user interface allows you to easily manipulate the map and tell people where you are. “That is what makes locating simple,” Lalitesh says.

“There was this fundamental idea, the visual web. If you want to make the web useful for the next billion, you have to make it visual. This was the insight to making it visual. Next comes API. Google was forward thinking, and released an API before Google Mapmaker was born, for people to build APIs without the maps interface,” he says.

Swiggy, Ola, Uber, and others have been using these APIs, and computing without having Maps on their data servers.

Maps aren’t just being built by Google; several startups are building their own. ﻿Ola﻿and ﻿Locus﻿are working on their own versions while MapMyIndia is working on building its India-focused variation.

“We had imagined Maps as a next-generation layer. The original layer was GPS, the next layer was earth imagery, and then Maps. Now the wisdom of layers is you create APIs and let other people innovate, because you will never come up with all the ideas. We knew we were not smart enough,” Lalitesh says.

Brijesh feels Google invested in Maps with a mission to differentiate it and built use cases on top of navigation, which aligned very deeply with its core ethos.

“I think they made strategic use of the 2.5 billion Android devices to map the world and its commute,” he says.

Lalitesh believes Maps is designed for more, adding that next generation will come to fruition in the next 10-15 years.

A report by McKinsey Global Institute says land market distortions in India lead to a 1.3 percent loss in GDP annually, amounting to $34.45 billion each year.

Lalitesh sees Maps as a great use case for India’s development journey. “For example, the economy is currently struggling because of lack of sufficient capital. Now, if we had dematerialised land. And the boundary of each piece of land, each property was delineated in precise GPS coordinates. This could be then dematerialised using the same principle as the Indian stock market; that would unlock $4.5 trillion of capital,” he says.

Purely by using Maps, the US has 40 percent of its properties mortgaged by value, unlike India where the figure is at three percent. “If we go from three to 40, we will unlock $4.5 trillion.”

Lalitesh further adds that India isn’t an economy that will develop on the basis of pure FDI or exports. The US and Europe developed because of colonial capital while China developed on the back export potential due to manufacturing arbitrage.

“India and Africa will develop because of their innate potential. And that is one of the reasons why we launched Maps,” he says.

Lalitesh believes that Maps is still “very coarse”. It can barely tell you which road you’re on, and cannot tell you precisely where you are.

“The problem of where you are and how you get somewhere is also coarsely solved. You still use your own judgement in many cases. Solving these problems to the next level of precision allows the journey of autonomous systems and logistics to begin. This will take economies to the next level of efficiency,” Lalitesh says.