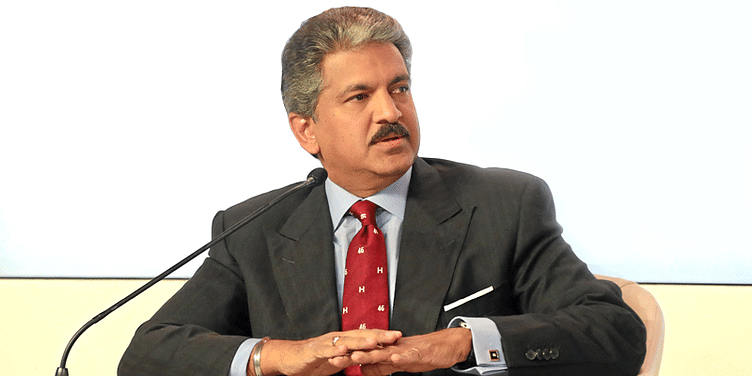 Anand Mahindra, 64, is ranked among the top 30 CEOs on social media. This list of motivational quotes by the Managing Director of the Mahindra Group is sure to inspire you to think and dream bigger.

Born on May 1, 1955, Anand Mahindra is an Indian businessman and the chairman of The Mahindra Group, a Mumbai-based multinational conglomerate with a revenue of $21 billion and a presence in multiple sectors, from agribusiness to aerospace.

As of February 2020, his net worth is estimated to be $1.5 billion, according to Forbes. Anand is included among the 'World's 50 Greatest Leaders' by Fortune magazine and was featured in its 2011 listing of Asia's 25 most powerful businesspersons. He was also named Forbes India’s 'Entrepreneur of the Year' for 2013. He received the Padma Bhushan Award, India’s third highest civilian award, in January 2020.

Anand is an alumnus of Harvard University and Harvard Business School. In 1996, he established Nanhi Kali, a non-government organisation that supports education for underprivileged girls in India.

Mahindra, 64, has also been investing in Indian startups, some of which include digital news website SheThePeople, social media platform LocalCircles, foodtech startup DishCo, education company Naandi Education Support & Training (NEST), assisted learning startup ﻿Thinkerbell Labs﻿ etc. He also owns a stake in Kotak Mahindra Bank, which was incorporated in the Mahindra Group in 1986, which he calls his ‘best decision’.

Over the last few months, his activity on the social media front has also kept him in the limelight. We list down a few quotes by the man who believes in thinking big, and hope they will inspire you to think - and dream - bigger.

“Leaders don't look behind or to the side. Instead, they look ahead.”

“You have to treat every day as a new challenge, and you have to remain paranoid, as they say.”

“When you set the right targets, aspirations, and you work efficiently and diligently, the numbers happen.”

“Whether in services or in manufacturing, the trick is to stay ahead of the curve. I believe we should not wait to be disrupted — we should become disruptors ourselves.”

“Anyone who makes time frames beyond tomorrow probably isn't pushing himself hard enough.”

“Nobody understands how the world will change. The only way you can plan for the future is to have scenarios. You have to have the courage to take a leap of faith on one of them.”

“The more you drive positive change, the more enhanced your business model.”

“Sometimes the only kind of innovation comes when you have some solitude; when you step away.”

“Benchmarking is an ongoing exercise in any company that aspires for leadership.”

“There is a degree of freedom that creates aspirations.”

“My aspiration is that M&M become one of the most customer-centric organisations in the world. If we focus on understanding our customers, we will be able to develop customer-centric innovations.”

“I have always said that, more than 'big bang' reforms, it is every day what is happening, changing on the ground.”

“In 2001, I did some research and identified four characteristics that successful companies share. One, they aspire to be leaders in their businesses. Two, they have global potential. Three, they are innovative. Four, they display a ruthless focus on financial returns.”