Love in the time of coronavirus: how the wedding industry is dealing with COVID-19 impact 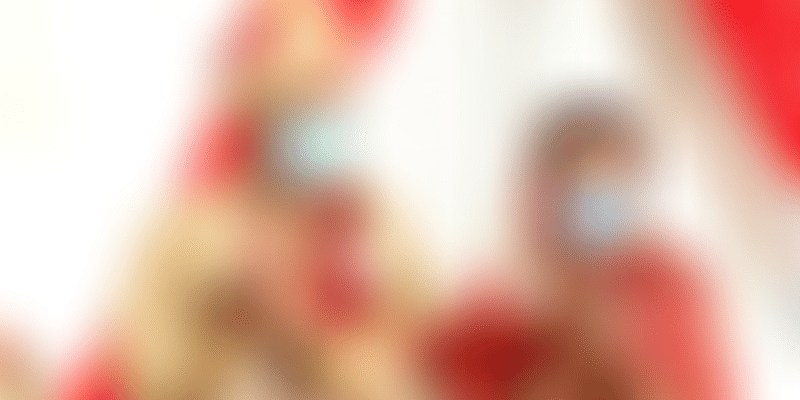 The raging coronavirus has affected all industries and verticals. The wedding business is also facing the brunt of the uncertainty and the economic slowdown as couples brace for a pandemic of disappointment.

"Recession ho ya inflation, shaadiyan toh honi hai (Irrespective of whether it is a recession or inflation, weddings have to take place).”

Also known as the ‘RCB girl’ (she caught the cameraman’s attention during a RCB match in IPL 2019, and consequently went on to become a national crush), Deepika had planned her destination wedding in March. She was to get married to her boyfriend Chitang on the pristine beaches of Phuket, Thailand.

But, as the saying goes, one can never really be sure about birth, marriage, or death. The coronavirus pandemic and the rapidly increasing number of COVID-19 cases led Deepika to change her mind. She shifted her lavish destination wedding to a more private one in Mumbai. Deepika ultimately got married in her grandmother’s house, an intimate affair with only 11 guests – her parents, siblings, and grandparents.

The Instagram celebrity says, ”My husband and I made several trips to Phuket with the planners and envisioned all the ceremonies. We planned our themes and outfits, and kept hoping that the situation would get better. But with every passing day, it only worsened and we were left with no choice. It was a heartbreaking decision but we would not put our guests at risk.”

Since its onset in late December in Wuhan, China, coronavirus has infected thousands across the world. It has left countries and industries teetering on the brink of an economic slowdown.

With cases rising across the world and governments going in for lockdowns, how are couples, families, and the wedding industry coping with the fallout?

A report published by KPMG in 2017 said that the Indian wedding industry was estimated to be around $50 billion in size.

With celebrities indulging in grand celebrations while tying the knot, destination weddings have become the in thing in India. Celebrities Virat Kohli and Anushka Sharma got married in Italy as did Deepika Padukone and Ranveer Singh, and soon, everyone wanted to fly to the Mediterranean country for their big day.

According to Statista, the wedding tourism turnover across India was projected to be valued at about Rs 458 billion in 2020, up from Rs 234 billion in 2017.

Co-founder Tina Tharwani says the startup plans an average of 10 to 12 weddings during the wedding season that spans September to March. But natural then, that the coronavirus outbreak hit many wedding plans at this time of the year.

From good governance to using tech, here’s how Kerala is dealing with coronavirus

Ankkit Malik, a Delhi-based makeup artist, says some of his bookings for April have been cancelled. “The bride or their family members had to travel from abroad,” Ankkit tells YourStory.

Ankkit usually goes to the venue for bridal makeup appointments, mostly five-star hotels. “The hotels check your temperature as soon as you enter, so that assures that I am in a safe working environment,” he says.

Vishal Punjabi, founder of The Wedding Filmer, a wedding videography startup, feels that what he thought was a recession-free industry has “taken a huge hit”.

The Wedding Filmer is an exclusive videography brand ambassador for Sony Digital Imaging.

“Around 10 wedding assignments that I was really excited about and worked hard on have now been pushed to a later date. But nothing is more important than your health and that of those around you. Everyone from the hospitality, travel, fashion, and manufacturing industries is suffering,” he says.

Siddharth Sankar Mishra, Co-founder of Singapore-headquartered digital wedding planner ShaadiDosti, said of the 10 to 12 planners that they work with, a total of 50 weddings have been called off.

“Most of these weddings were scheduled for between March to April,” he says.

ShaadiDosti had personally planned 18 weddings this season, of which 12 are definitely being postponed. “Until March 13, we arranged weddings. Only NRI brides and grooms cancelled weddings organically. Locally, cancellations have been due to the fear of the quarantine period exceeding,” he says.

Sanna Vohra, CEO and Founder of The Wedding Bridge, an end-to-end wedding service provider, says they have experienced a 50 percent drop in leads in the third week of March.

“People are not keen to start planning weddings in such an uncertain time,” she says.

The Wedding Brigade ties up with thousands of hotels, photographers, and decorators. It also has its own Mogra Banquet in Mumbai. “All our functions, which were supposed to take place between March 17 and March 31, have been postponed. Clients will fix dates once there is clarity,” Sanna says.

She adds that it was likely that early April weddings “would also be postponed”.

Sanna revealed that clients supposed to meet The Wedding Brigade’s executives in Goa and Jaipur had cancelled flights and appointments. “Nobody wants to even make initial payments until there is clarity,” she says.

One of Sanna’s friends, supposed to get married in Sri Lanka in May, recently called off the wedding, until the situation improves.

Despite being a pandemic of disappointments for couples, there are a few silver linings for the wedding industry.

Siddharth says till now people took the digital route only when the bride and groom booked services. Parents, more often than not, preferred confirming books at a brick-and-mortar office.

“If the situation persists for some more time, people will get more comfortable going digital for collaborations and bookings,” he adds.

On the other hand, The Wedding Brigade, which also has an ecommerce business for costumes, jewellery, and gifts, has noticed an increase in its business.

“People are now home and are shopping online more; hence, there has been a spike. In ecommerce, between February and March, we are on track to increase our revenue by 15 percent. The fashion vertical is doing the best,” Sanna says.

With the state governments appealing and ordering people to not gather in groups of more than five people, wedding venues have been shut down until at least March 31 now.

Most vendors are flexible and are keeping the advance for two-three months until wedding planning is on track again.

From Camera, a photography studio based out of Bhubaneswar, Odisha, provides photography and videography services for weddings, anniversaries, and birthdays.

Founders Sushree Pattnaik and Suraj Mohanty feel that the wedding industry is going to be drastically hit by the coronavirus impact. “Banquets have been ordered to not host any public events and with travel restrictions, destination weddings have been called off,” they say.

A Delhi-based wedding venue manager seeking anonymity says three weddings have been postponed for now. She says while it does not affect the venue business directly as the marriage will eventually happen, the families have to bear the cost.

“Cards were printed and distributed, and honeymoon bookings were done. This is just not a monetary inconvenience, but also upsetting for the bride and the groom,” she says.

According to Siddharth, most venues are offering free rescheduling.

However, the situation is going to get tough for small-scale planners and vendors.

Siddharth says, “Vendors usually have cash reserves for two to three months; no income for the next three months will put a lot of them out of business.”

Venues take approximately 25 percent of the total as the booking amount, so they are sure to get business. Decorators and photographers, on the other hand, take Rs 5,000 to Rs 10,000 in advance. Majority of the payment is done either two days before the event, or once the wedding is over.

“With clients delaying the wedding, there is no assurance that they will get back to them, or if the payment will remain the same. It will be like starting from scratch,” Sanna says.

Ankkit, however, is not cancelling any bookings from his end, for he believes a wedding is the “biggest day in a girl’s life”. His earnings have not been affected as most of his bookings have been postponed.

With July to October not being the wedding season, clearly, the industry may get time to recover, but one question remains: how long before things are normal again?

(With inputs from Rashi Varshney)