Future of Work 2020: Goibibo’s Vikalp Sahni explains how to leverage the internet to build marketplaces 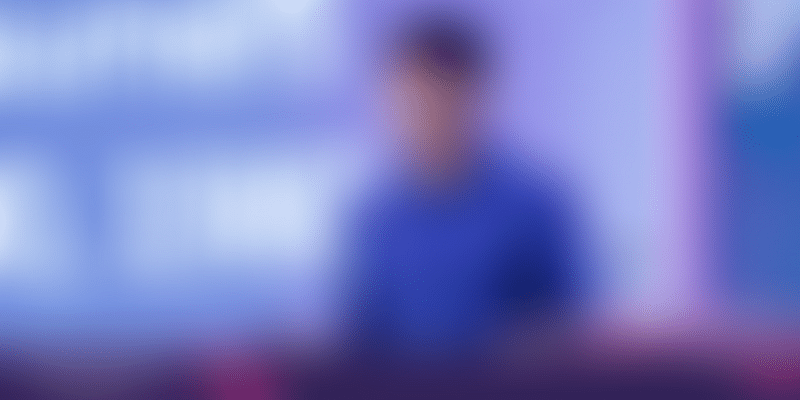 At YourStory’s Future of Work event, CTO Vikalp Sahni shed light on Goibibo’s journey from a social networking startup to a fulfilment OTA, the future of internet marketplaces, and how blockchain can be leveraged to create decentralised platforms.

At a time when new-age technology is taking the world by storm, Vikalp Sahni, Chief Technology Officer, Goibibo, urged startups to prioritise creation of value for themselves, the consumers, and the ecosystem.

He was speaking at the third edition of YourStory’s Future of Work, India’s largest product-tech-design conference.

Quoting space entrepreneur Peter Diamandis, who said, “Technology can take what was scarce and make it abundant,” Vikalp asked the audience to look at problem solving under the lens of the evolution of technology.

Drawing several references from HBO series Game of Thrones, the CTO said, “Climbing the Wall is hard. But then, we have gotten an elevator that can easily take you up. So the scarcity turned into an abundance, and now many people can go up because there was a technology available to solve the problem.”

From social networking to travel platform

About 11 years ago, booking hotels in India was highly fragmented and most of the bookings used to happen through offline ways. However, with the help of technology sprung up online travel agency (OTA) platforms and marketplaces that onboarded the ecosystem of suppliers or hoteliers to make it easy for customers find places to stay.

“Goibibo was never a travel platform; it was a social networking platform. Ibibo stands for ‘I build, I bond’. We leveraged the internet to create the first platform – a vertical search engine for travel. However, we couldn’t monetise it and we converted into a fulfilment online travel agency,” Vikalp said.

At present, there are over 1.5 million properties listed on Goibibo and MakeMytrip.

“Between 2010 and 2012, we started looking at hotels aggressively because of its huge fragmentation and poor distribution by the supplier. We created this platform and looked at creating large-scale marketplaces by bringing in software for the supplier side (hoteliers) – ‘ingommt’ – to distribute their inventory across Goibibo, MakeMytrip, and Redbus,” Vikalp added.

This resulted in a two-sided network effect, which, the CTO added, is an integral part of any large-scale marketplace or a platform.

“With Goibibo, the network effect was that you build demand due to the fact that you get suppliers who are hoteliers. As you get demand, you build a bigger community of suppliers and consumers who drive user-generated content, which eventually creates your conversion rate. The more the conversion rate the more the demand,” he explained.

The startup also created a consumer-to-consumer network effect with goCash, and created a lot of growth hacks on top of it, leveraging network effects such as referral contacts, resulting in higher traction across the product.

Where is the sector moving?

With blockchain technology making its presence felt across sectors, Vikalp felt it is time the travel industry too benefited from decentralisation.

“Today, companies like ours that are cannibalising ourselves talk about distribution at a cost. But, a blockchain system or an inherently decentralised way to distribute inventory and pricing can disrupt our model,” he said.

He pointed out how the International Air Transport Association (IATA), which solves air traffic distribution or air seats distribution, has its own white paper on blockchain and how the future would look if the technology was leveraged for distribution or travel inventory.

“The time is right. More than two billion mobile devices and large-scale storage are available at present. And now, blockchain is helping with an end-to-end encryption, facilitating a trustworthy transaction. We are also getting into the 5G era,” he added.

But on top of it all would be the need to generate value. Vikalp said, today, the value of a product or service is captured at the application layer. And to build application platforms like those of Airbnb, MakeMytrip, Uber, Flipkart, etc., it is crucial to bring sellers and buyers together to generate value.

He acquainted the audience with the term ‘prosumers’, which was coined by American futurist Alvin Toffler in 1980, saying that over time, the economy will focus more on people who would produce and consume as well.