Best of Weekender: A tête-à-tête with director Hardik Mehta, top women-centric movies, and the romance of coffee 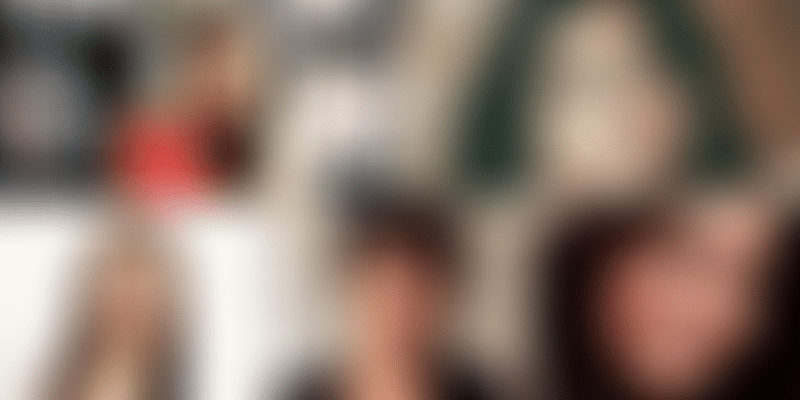 This weekend, don’t miss our exclusive interview with Chef Julia Carmen Desa, learn how to get ahead with women entrepreneurs, and discover Bhaskar Menon’s tryst with history.

Baroda-boy and film director, Hardik Mehta, whose movie Kaamyaab, has just hit the box office this week believes that you cannot quantify success. It is something which makes you feel happy and contented. Talking to YS Weekender in an exclusive interaction, Hardik says that as a child and a teenager, he would watch Hindi movies on television, and was always fascinated by Bollywood actors. However, at that time he did not know that a few years down the line, he would be directing movies for these actors.

According to him, the word "struggle" is romanticised in Bollywood, as all you need to have is 'one good idea' for a movie to do well. He is best known for his short film, Amdavad Ma Famous, for which he won the National Filmfare Award (in the non-feature film category).

His new movie Kaamyaab is an ode to Bollywood as it depicts the lesser-known world of supporting actors who are often forgotten by the audience.

Don’t miss Hardik’s views on the film industry and how he got ahead despite several challenges along the way.

Whether it is actress Natalie Portman’s portrayal of an ambitious ballerina Nina Sayers in Black Swan or young Ugandan actress Madina Nalwanga’s interpretation of a real-life chess champion or Phiona Mutesi’s role in Queen of Katwe, women-centric films are sure to inspire you on International Women’s Day.

So, get hold of your best friend, your mother, or your sister after a day of doing something special on Women’s Day, and consider watching a movie that will help you think, analyse, discuss, and celebrate womanhood.

Don't miss our recommendations of 5 films you should watch this weekend which have a strong and inspirational female lead.

Did you know that espresso has just one-third of the caffeine content of a cup of regular coffee? Or that the density of filter paper can bring about a vast difference in the taste and flavour of your coffee? Or that 40 percent of the world’s coffee is produced by Columbia and Brazil?

Meet Abhinav Mathur, CEO, Kaapi Machines who has over 15 years of work experience behind him. As the CEO of Kaapi Machines, Abhinav has been instrumental in the growth of several new-age coffee equipment in India and equipping consumers with technology that will help them raise the quality of coffee in the country.

Don’t miss our exclusive chat with Abhinav who believes that coffee is the new romance story that Indians are indulging in, and how it is a beverage that is definitely here to stay.

Being a woman in a man’s world is not easy, but it is not impossible either. On International Women’s Day, Chef Julia Carmen Desa has some tips for women on how to stay strong and get ahead in life.

With over 30 years of experience in the food and hospitality industry and as a food and beverage service professional, Julia has hands-on experience in Coastal, Indian, European, Mid-Eastern, and Southeast Asian cuisine.

Julia started her career with Taj Holiday Village, Goa, and is now the Co-founder of a bespoke dining space called Tres in Delhi.

Check out Chef Julia’s advice on how to succeed in your career, even if you may be working in a male-dominated workplace.

Did you know that certain foods can cause inflammation in the body? Were you aware of the fact that some foods like soy, peanuts, dairy, and alcohol could be harmful in the long-run for you?

The word “inflammation” can be heard a lot these days, especially due to the buzz of viruses in the air, but what exactly is inflammation? The ancient Romans described inflammation as having four components: heat, redness, swelling, and pain. You can see some of this inflammation when you fall down and get hurt, but you cannot see inflammation if it is happening deep within your body.

Foods play a pivotal role in causing chronic inflammation, and it is imperative to get all the knowledge you need to prevent inflammation by avoiding unhealthy food.

Don’t miss the list of the top ten inflammatory foods curated by our nutritionist.

On Women’s Day, there is a lot to celebrate when it comes to the individual achievements of many women entrepreneurs across the country.

Some of these entrepreneurs have tips for those who might be planning to launch a startup. For instance, some of them believe that is important to make 'passion' the driving force behind your entrepreneurial journey. Other entrepreneurs emphasise the need for a 'roadmap' to make sure that you are working consistently towards a larger goal.

Check out all the advice that these women entrepreneurs have to offer on how to launch a successful company.

Bhaskar Menon, a 24-year-old graduate of Les Roches, Switzerland, has always been passionate about history and cuisine that has historical significance. As a voracious reader of history, he had a brainwave during his days at Les Roches. He realised that India, with its 5,000 years of history, has vast ethnic diversity which reflects in our food choices too, but no historical food is served in any F&B establishment today.

The thought of serving a slice of the platter of historical food put Bhaskar on a quest to set up an eating space specialising in Pre-Columbian exchange food, which specialised in the use of spices.

Don't miss this interview with Bhaskar as he talks about his entrepreneurship journey and how it became successful over time.

Are your favourite writers Napoleon Hill, Robin Sharma, and Dale Carnegie? Are your heroes Nelson Mandela and Mahatma Gandhi? Do you believe in simple living and simple thinking?

If yes, meet MM Kariappa, Founder, Vogue Institute of Art & Design who is a passionate golfer too. His institute offers extensive academic courses with undergraduate and post-graduate programmes in the fields of fashion, gems and jewellery, interiors, animation, and graphic design.

The institute also imparts training for underprivileged youths of the rural sector and trains them so that they acquire employable skills in the areas of design, tailoring, jewellery designing, and many other fields.

His motto, ‘Believe in yourself and dream big’ is the best way to grow in confidence and succeed in the race of life.

Don’t miss his responses to our Proust questionnaire where he talks about his greatest loves, regrets, heroes, and more.