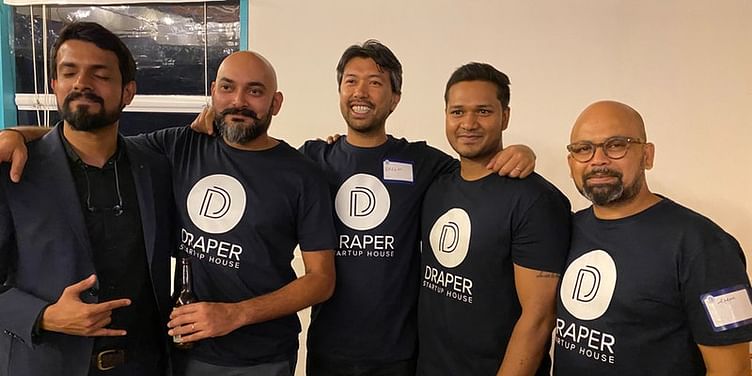 Vikram Bharati teamed up with Tim Draper to rebrand Tribe Theory as Draper Startup House, a series of affordable and flexible hostels that serve as entrepreneurial hubs. Present in eight countries, the network also aims to provide investment opportunities to founders.

It was the year 1881. Aachay, a 16-year-old carpenter from Guangdong province in China, was looking for new adventures and greener pastures. As luck would have it, the young carpenter ended up boarding the same boat as Sir Stamford Raffles, the man who founded modern day Singapore and Malaysia.

Legend has it that Sir Raffles commissioned Aachay to scout the land. As a token of appreciation, he gave Aachay a piece of land to build whatever he wanted to.

By selling spices and timber, Aachay became a rich entrepreneur and wanted to give back to the community. He created the first Chinese clan, more like an association that would help other immigrants from the Guangdong Province to make friends, find connections, communities, and build business connections.

He belonged to the Ninyang Way Clan, where he set up a small building in Singapore.

Tribe Theory came to India last year with the acquisition of Construkt Startup Hostels, founded by Shashikiran Rao and Karan Bahadur. With a strategic investment of $3.5 million from Timothy C Draper, popularly known as Tim Draper, and his Draper Network, Tribe Theory was rebranded as ﻿Draper Startup House﻿ (DSH).

Tim Draper has been an investor in Skype, Tesla, and SpaceX. Explaining the reasons for choosing to invest and team up with Tribe Theory and Vikram, Tim Draper told YourStory,

“Vikram and I brainstormed on how we could turn Tribe Theory into Draper Startup House, dedicated to serving entrepreneurs wherever they go. We are using a lot of innovations, some of which are tech-related, but Draper Startup House is a mission-critical strategic investment for the Draper Global Ecosystem.”

Vikram says the idea of starting Tribe Theory goes back to Aachay’s philosophy of building a space where entrepreneurs can meet and convene.

In tough times like these, entrepreneurs need to work on finding new solutions: investor Tim Draper

From JP Morgan to backpacking

After working for JP Morgan for several years, Vikram got deeply entrenched into the financial markets and the ecosystem.

“I nevertheless wanted to explore and do different things. So, I quit my job and started backpacking across South America,” Vikram says.

But the six-month sabbatical turned into a two-year break across 50 countries.

“I stayed at hostels, where I was housekeeping; I moved from one hostel to another and paid for the travel by working at those hostels. This gave me first-hand knowledge and experience of the hostel business,” Vikram says.

Hostels: where seekers come together

At most hostels, Vikram noticed three powerful dynamics. Hostels are an aggregator of people from across the world in a small space, they are great distribution spaces for ideas, connections, products, and services, and all people aggregating in these spaces are interesting people.

“I call them seekers, seeking the next thing in their life, be it looking for a job, travelling around the world, or inspiration for their next business. These young, hungry people are seeking different things. It is a great demography with interesting dynamics. It was apparent to me that you can do a lot more than just travel and tourism with these dynamics,” Vikram says.

After his two-year travel break, Vikram moved to Singapore to marry his girlfriend. There, he joined an early-stage funding firm to invest in different startups across India. He was part of several deals across Singapore, Malaysia, Vietnam, India, and Japan.

“What I noticed was that most founders were first-timers who had no money. All of them were looking for affordable accommodation while travelling. I saw a need for affordable, flexible, and yet meaningful accommodation for that demography,” Vikram says.

Vikram decided to open a startup hostel that could serve as an entrepreneurial hub. He says the idea was to make it "the place for people to launch their next venture or to find their next job".

This is how Tribe Theory was started in 2018. Vikram raised a small seed round of $140,000, and had to build the prototype in two months. He decided to meet the owner of a backpackers hostel that he would pass every day on his way to work.

“Outside the hostel was a plaque with Aachay's story. I found it interesting and spoke to the owner, who was struggling to keep the business afloat. The hostel was in a good location, but in a backstreet; it wasn’t in a backpackers district. The positioning wasn’t great,” Vikram recalls.

Vikram soon bought the hostel and had to rebuild everything. “My wife, who was pregnant at the time, helped build all the furniture. She built the chairs, bar, counters, and several other things. We launched the first Startup House.”

It was clear that there was a need for such spaces and that a model existed. This is when Vikram met the founders of Construkt on Instagram; the company was doing the same business in Bengaluru.

“I met them and realised we could work better if we joined hands,” Vikram says. By the end of 2019, Tribe Theory had spaces in five countries - Singapore, India, Bali, Estonia, and Yen-gong, and Vikram was looking to raise funds.

It was during this time that Tim’s team heard about Tribe Theory and approached the startup. Tim was enthusiastic about the business model and gave the team a term sheet after the first meeting.

Business model with a difference

Vikram’s idea was to combine hospitality and real estate with venture building.

“Vikram was pitching this idea to me, where the team could take over the management of hostels and ensure they are run well. We brainstormed and decided to run it as a startup house. The idea was to get people together to talk about their entrepreneurial venture and move from place to place,” Tim says.

Tim explains that the idea was to give entrepreneurs a safe place to come and do business, and also find partners, people, and also possibly connect with the Draper Network.

“The Draper Startup House now has a dynamic team of operators with love for the customer and adroit attention to detail. I expect that this team, led by Vikram, will delight every visitor and attract every member to Draper Entrepreneur Network (DEN),” Tim adds.

The hospitality business has a 20 percent margin. Draper House focuses on making each hostel a deal-making space that funnels investment opportunities. These are early-stage to mid-stage startups.

“We work as a deal generator. With investment opportunities, the margins become limitless,” Vikram says.

The team is also looking to enter the education domain. Tim has a university in San Mateo in California, and the Draper Startup House is looking at making every hostel a "mini-Draper University".

Hostels with a difference

While there are hostel options like Zostel and platforms like ﻿Oyo﻿ offering co-working and co-living, Draper Startup House is focused on entrepreneurs and on building an investment base for Draper Venture Network.

“I expect entrepreneurs everywhere will be delighted to be a part of DEN, to stay and engage with people and get funding through the Draper Venture Network,” Tim says.

Currently present in eight countries, Draper House is looking to expand to multiple locations this year.