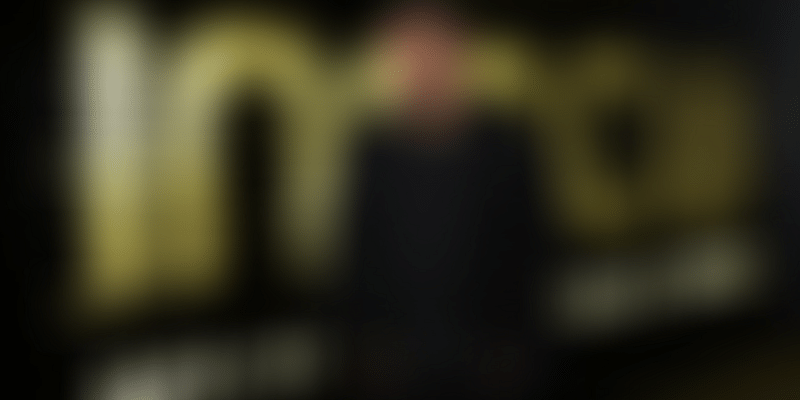 Naveen Tewari, the Founder and CEO of India’s first unicorn startup InMobi, is hugely inspired by Steve Jobs and Sachin Tendulkar. These quotes by him are sure to motivate every entrepreneur.

Naveen Tewari, the Founder and CEO of InMobi, India’s first unicorn startup, is well known in the startup world.

Coming from a family of IIT professors in Kanpur, Naveen completed his bachelor’s degree in mechanical engineering from  the same institute in 2000.

His professional journey began with McKinsey and Company as a business analyst from 2000 to 2003.

In 2003, he went to Harvard to pursue a master's course in business administration. He was awarded the Dean’s Award, for exceptional leadership and contribution. While at Harvard, Naveen founded a non-profit organisation, India Schoolhouse Fund in 2005, which funds and sets up schools in rural India. He is the chairman of the organisation.

After completing his MBA, Naveen chased his dream of becoming an entrepreneur. In 2007, he founded mKhoj after persuading his co-founders, Mohit Saxena, Amit Gupta and Abhay Singhal, to leave their high-paying jobs and join his startup. The company, which started with an angel funding of $500,000 from Mumbai Angels, was an SMS-based search platform.

However, as the idea failed to take off, the promoters tweaked their business model to mobile-based deals focusing only on Mumbai and called it mKhoj Version 2.0.

Much like first version, the second version too faced difficulties. After futher brainstorming, the partners decided to give mobile advertising a try. This was their Version 3.0. The company was facing a huge crunch of capital and the product had not hit the market.

The turning point came after a meeting with Ajit Nazra of Kleiner Perkins Caufield & Byers, and Ram Shriram of Sherpalo Investments. After just half an hour into the meeting, Naveen walked out with a deal for an investment of $8 million.

To reach out to international audience better, the company was later rebranded in 2012 to InMobi. Their focus was now only on mobile advertising.

For inspiration, Naveen Tewari looks to the greats of technology and cricket: Steve Jobs and Sachin Tendulkar.

He takes particular inspiration from a quote by Apple Founder Steve Jobs: “You can't connect the dots looking forward; you can only connect them looking backwards.”

Ever since his days of playing gully cricket as a child, Naveen has been a self-proclaimed Tendulkar “fanboy”. At one time, all his passwords had some Sachin reference or the other.

Here are 17 inspirational quotes by Naveen Tewari, a man with incredible vision, someone who challenges the norm, and forces people to think beyond the ordinary.

“I realised that the journey of entrepreneurship can often be a lonely one. Not everyone wants to believe in or support your vision, and every entrepreneur faces this moment of truth. It’s hard to walk away but harder to persevere.”

“As an entrepreneur, you’re going to get 100 rejections and one yes. That one yes will give you enough and more kick in life to continue and remain motivated.”

“When I started InMobi, I was on the road, raising funds. I faced 20 rejections. But when I got the funds, they came from the best venture capitalists.”

“The most important lesson to remember is that failure is inevitable, but so is success, so rebound.”

“For a company to be successful, it's not just about ideas. It’s also about luck. And everything else coming together.”

“The primary motivation for me is to learn.”

“As long as you’re clear about your goal, failures don't mean it's not going to work.”

“Frankly, as an entrepreneur, you can do only one thing and be a part of it, but by investing in different ventures, you can be a part of something new and what others are trying to build.”

“In tough times, one has to see if the fundamentals of the business are good or not.”

“In a market where funding is hard to come by, if you’re scaled already, then you are in a brilliant position because nobody is going to catch up with you.”

“For me, whether I have money or not, it is far more important that there is an intent behind a cause that’s pure and can change the lives of certain people. If that's there, then you will be able to get all the resources required.”

“I always believe in backing a team that is super-passionate and loves to work with each other.”

“I realised that if I had to work with others, I had to align with their vision.”

“Team sports is the best for bonding. These sports lessons are also true for startups. You want to be at the top of every endeavour, but you win some and you lose some. As a team, however, you always pump each other up and move forward.”