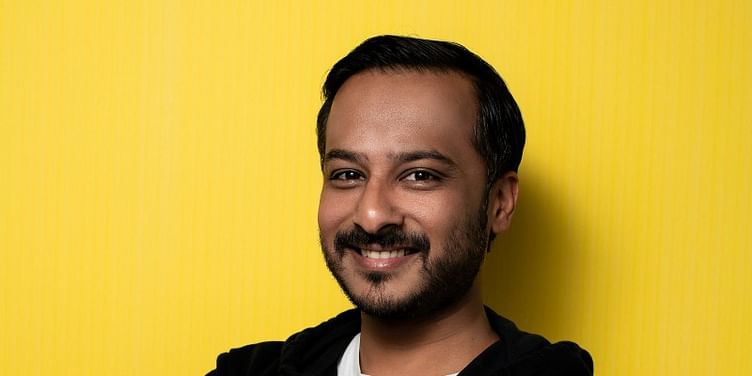 Launched in 2014 and working on a ‘thin-crust business model’, Gurugram-based pizza startup InstaPizza wants a bigger slice of the market as it takes on Pizza Hut, Domino’s, and multiple local brands.

The world's most popular fast food rose to popularity in late 18th Century Naples. Since then, pizza has made an indelible mark across the world. India is no exception and a range of brands – international and homegrown – now dish out pizza of all kinds.

But Ashwin Jain, 36, wasn’t happy with what was available in the market. His love for pizza was reason enough to team up with Sonali Saraogi Singh, 34, with one vision: adapting this international food to the Indian palate.

“From the crusts, flavours, menu choices, and nomenclature to packaging and pricing, everything reflects the brand's local values and native culture.”

The startup claims to have 14 micro-kitchens across Delhi and Punjab, and a 160-member team. InstaPizza has delivered about five million pizzas so far, and plans to expand to an additional 25 locations this year.

“InstaPizza is the only company to cover the entire crust spectrum,” Ashwin says.

Ashwin grew up in India and the US. He returned to India in 1993, when economic liberalisation was unleashing the dormant power of the Indian growth story. After a decade, he went back to the US for further education, and followed it up with six years at Deutsche Bank, London.

The work was fun and challenging, he says, but didn’t fulfil his desire to strike out on his own.

“Pizza has been a part of my life since I was a very young child.  When I returned to India, I noticed that there was no innovation in this wonderful food. It was local cuisine for all practical purposes, but all brands seemed westernised,” Ashwin says.

The founder says that he decided to adapt the flavour, richness, creativity, and diversity of Indian cuisine to the Italian fast food he so loved.

His wife, Karishma, introduced him to Sonali, who shared a similar world and “pizza view”. Soon, the duo decided to team up and launch a pizza company.

Meet the husband-wife duo who sold their flat to build their dream business, Samosa Singh

All in a dough’s work

Ashwin believes that dough is the crucial element of any pizza. “It is the starting point that is often overlooked, but provides for the integrity of the entire product. It’s like the foundation of a house.”

Neither Sonali nor Ashwin have any formal training as chefs or in the kitchen, and used a trial-and-error-driven approach for product development.

The duo spent six months to “get the pizza right”, experimenting with flours, yeasts, fermentation processes, and hydration levels. Ashwin says they tried about 500 dough recipes before finalising “the one”.

“That resulted in our mastery over a variety of proprietary crusts,” he says.

Bake it till you make it

The company opened its first outlet at Galleria Market in Gurugram in 2014. The 200 square foot outlet became a epicentre of learning - about the F&B space, the delivery market, operations and “most importantly, us as entrepreneurs”, Ashwin says.

Prices begin at Rs 95, and you don’t need to order two or four pizzas, “unlike other pizza players”.

“At this price point, other brands only offer capsicum-onion pizza and low quality cheese; we use 100 percent mozzarella cheese,” Ashwin says.

He credits the pizza recipes to Sonali. “We work together to come up with ideas, and she takes them forward.  She is an innovator and leaves no stone unturned in the quest for great-tasting, cost-effective, and unusual products.”

After finding inspiration in Florence, the Founder of 1441 Pizzeria aims to change the way we eat pizzas

The founders also experimented with other brands along with InstaPizza. This includes Two Moons by Instapizza, a brand for frozen and ready-to-heat pizza sold at retailers like Modern Bazaar, Le Marche, Food Hall, and Big Bazaar.

Ashwin says people loved these pizzas at the many sampling activities. “Our sampling conversion rates were more than 40 percent, which is fantastic,” he says.

But sales dropped the moment the company stopped sampling. The founders believe the reason is the profound shift in consumer eating habits that is currently under way.

“Unlike the US market, the advent of frozen food as a convenience category in India was stemmed by the rapid ascent of food delivery. When you can get any kind of food delivered to your doorstep within 30 minutes, where is the sense in stockpiling frozen food?” Ashwin asks.

InstaPizza had alongside also set up another business – manufacturing ready-to-eat food for institutional clients, including TwentyFourSeven, PVR, Cinepolis, and Barista,

This added to the company’s revenue, but “was not consistent with our desire to build a consumer brand that would become really relevant to young Indians”.

“We eventually understood that this was draining our bandwidth and shifting our focus, and shut the business down this financial year,” he says.

He says the team has tried many businesses and is “far from ashamed to say that most of them have failed”!

“We are proud that we tried these things, didn’t get disheartened when they didn’t work, and allowed ourselves to learn valuable lessons, techniques, and strategies from our failures,” Ashwin says.

Now, the founding duo knows what to do next: stay focused on the InstaPizza QSR model.

InstaPizza relies on centralised production and its own supply chain to cater to micro-kitchens designed to run in a very lean and efficient manner.

“The low rentals in our cloud kitchens, combined with a lean operating model, mean a very low cost per pizza sold,” Ashwin says.

Amid the focus on the kitchen model, InstaPizza is also planning to start a dine-in pizza outlet this summer.

An eye on the revenue pie

Ashwin explains that the drop in revenue in FY20 was due to its decision to exit the frozen pizza and institutional supply businesses.

“It has made for a challenging year, financially, but we have sharpened our focus on Instapizza as a business and its unit economics,” he says.

He adds that the revenue projections for FY21 are at Rs 18 crore. The company is profitable at the unit level across all units open for longer than 12 months.

“We are not profitable at the corporate level, and do not expect to be until we reach our critical mass of 60-80 outlets. We are very clear that we are focused on unit profitability, but are very prepared to invest in the infrastructure required to build our platform,” Ashwin says.

Ashwin says he has put Rs 16 crore so far in the company, and recently raised Rs 10 crore from a group of NRI and HNI angels for expansion.

By the end of December 2020, the founders are aiming for 40 InstaPizza locations across NCR and Punjab, including some dine-in outlets.