What makes online grocery attractive for giants like Flipkart, Amazon, and Reliance 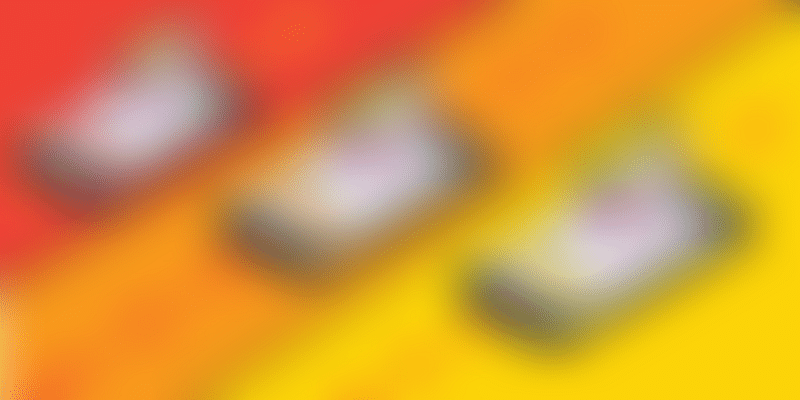 The online grocery segment of India’s retail industry presents a sizeable market opportunity for companies like Flipkart, Amazon, and Reliance. A look at what lies ahead in this burgeoning space.

The Indian retail industry is estimated at $700 billion-$800 billion and is expected to cross $1.1 trillion by 2021. The consumption of the retail segment comprises largely of food grains, fruits and vegetables, and apparel.

And the market potential for the grocery segment runs into billions of dollars as customer loyalty is generally high.

The vast and lucrative opportunity it presents has made leading ecommerce players like ﻿Flipkart﻿ and Amazon and as well as retail giant Reliance Industries up their game in this sector.

After many shutdowns, online grocery in India finally takes off

But going by growth projections for the grocery segment, there is a huge market waiting in the wings.

Flipkart and Amazon have already commenced grocery delivery on their respective marketplaces, albeit on a smaller scale. Similarly, Reliance recently introduced JioMart, which is limited to Mumbai currently but will scale across the country soon.

Going by some strategic moves these giants have made, it is quite clear that the online grocery segment will see significant thrust in the coming days. Flipkart, along with parent company Walmart, has made an investment in fruits and vegetables supply chain agri startup Ninjacart. Amazon has a strategic partnership with offline retail player Future Group, while Reliance already has a strong retail play with large format stores across the country.

He adds that leading ecommerce companies are doing pilot projects to reach out to households and understand their behaviour.

A new base of customers

The grocery retail business is highly sticky. According to observers, buyers tend to stick to a particular retail brand or even small shop owner for their purchases.

A founder of an agri startup on the condition of anonymity says,

“The gross margin in the grocery segment, especially in fruits and vegetables, is as high as 40 percent. If they are able to crack the supply chain puzzle, they will hit a goldmine.”

The online grocery market in India already has players like ﻿Bigbasket﻿ and Grofers doing well, but will see the market opening up further with the entry of companies like Flipkart, Amazon, and Reliance, which come with significant financial muscle, distribution reach, and deep technology expertise.

The growth of the ecommerce in India, increased consumer awareness, and rising disposable incomes have contributed to the growth of online grocery. Product ranges are wider, and backed by strong logistics function, it makes for a strong proposition.

Lalit Bhise, Founder of Mobisy Technologies, which sets up distribution centres across India for brands, says,

“Everyone is expanding their distribution because India's consumption metrics are on the rise in every town beyond the top 56 cities. It is the reason why big FMCG brands are investing in understanding how the smaller stores serve customers. The brands are trying to remain ahead of the race even when these large ecommerce businesses are going after the food business."

The strategy adopted by the large ecommerce companies for the online grocery segment varies: Flipkart and Amazon seem to have undertaken a warehousing approach, where they hold the inventory and provide supplies, while Reliance has undertaken a distribution approach, wherein it networks with a large number of small retail shops or kirana stores.

Satish of Forrester believes that a hybrid approach will bode well for companies in the online grocery segment as that would mean both an online and offline presence.

For, the newer entrants in the online grocery segment have the common thread of offline retail. Reliance already has a chain of supermarkets in the country, while Flipkart banks on Walmart’s cash-and-carry stores, and Amazon has the reach of its partner Future Group, a leading offline retailer.

And, of course, powering it all would be data. Kumar Vembu, Founder of Chennai-based GoFrugal, a PoS solution provider for retail, says,

“If you see the big names talking about supporting small stores or family-owned retail stores it's because they want to know what they consume. Everybody has data about what the retailers sells but not what the consumers are buying for their kitchens and homes. That's what makes this business interesting and why everyone is going after it.”

The online grocery market also offers the opportunity for these ecommerce players to make a strong foray into private labels. Generally, it is the private labels that provide higher margins and also create brand loyalty and stickiness.

While the market opportunity for online grocery retail is projected to be vast, there are significant challenges to overcome to become a success story.

The founder of a small-sized online retailer for fruits and vegetables says, “The consumers in India have a strong preference for fresh fruits and vegetables. It is not easy to provide these items fresh unless they understand the complex supply chain network of this segment.”

Satish says grocery segment is very tricky as one needs to manage multiple SKUs and wastages. He opines that online companies may focus largely on the dry grocery segment in the early phase.

Also, the biggest challenge to face them will be pilferage. “Even if one tomato goes out of each crate, it amounts to a loss,” a distributor adds.

Added to these challenges is the dominance of the unorganised segment, with the presence of more than 12 million kirana stores in the retail market, making it a very fragmented industry.

In an earlier conversation with YourStory, Arvind Mediratta, CEO, Metro Cash and Carry, emphasised the importance of small business owners in the whole scheme of things.

“At present, all small and medium business (SMB) entrepreneurs still want a face to deal with, but they are getting used to tech. They want specialised, customised, and personalised service. Relationships are very important in India, but tech also has a role to play,” he said.

The grocery market in India is expected to witness stiff competition in the days to come with a complex interplay between offline and online players. It is unlikely that it will change the market structure anytime soon but looks like the battle is definitely on to capture the mind share and the wallets of consumers.