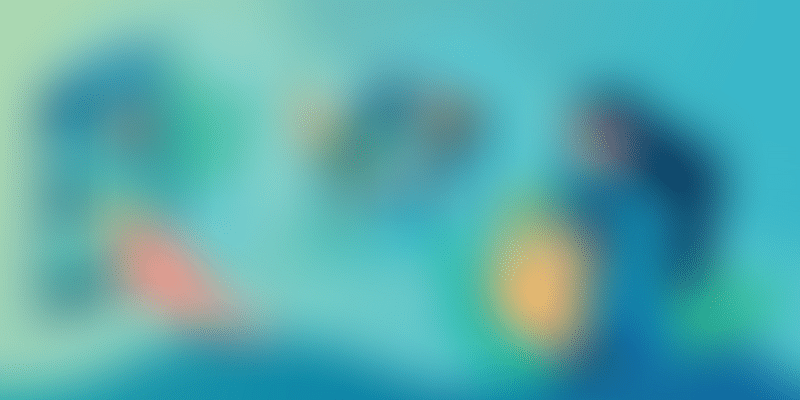 Grocery startups in India have had a chequered journey so far. But with non-metro consumers slowly warming up to buying fruits, veggies, and home utilities online, things stand to change. Here are the top trends that will define the sector going ahead.

The journey of online grocery in India has been a rollercoaster of sorts.

It all started in 2011, with first movers ZopNow and BigBasket wowing shoppers by home delivering everything from fresh vegetables to utilities. Then, came the explosive growth of 2014 and 2015, followed by the ‘funding winter’ of 2016 and 2017. And then, 2018 onward, there has been renewed acceleration in the sector.

Multiple startups (PepperTap, LocalBanya, Aagar.com, and even ZopNow) have faced shutdowns despite being backed by top investors, including Sequoia Capital, Accel Partners, SAIF Partners, among others.

Even ecommerce major Flipkart attempted to enter the segment in early 2016 with grocery app Nearby, but had to shut it down within five months. Clearly, 'food and grocery' isn’t an easy business to build. But, Flipkart has other plans now, of course.

In its ‘infancy phase’ between 2011 and 2014, India's online grocery market grew to $0.05 billion. This was followed by the ‘initial growth phase’ between 2014 and 2018 when the market grew at a whopping 110 percent CAGR to reach $1 billion, reveals a recent report by consulting firm RedSeer and e-grocer BigBasket.

“In this stop-start journey, many new business models have evolved, and many themes have been proven and disproven,” states the report.

But the industry is still nascent.

In 2018, online food and grocery retail penetration was only at 0.2 percent. However, data indicates that it is expected to grow at an impressive 55 percent CAGR for the next five years.

Upheavals aside, e-grocery in the country is in for some solid growth and expansion, and perhaps some consolidation too, according to industry insiders.

RedSeer estimates that by 2023, online channels will account for 1.2 percent of India’s overall food and grocery market.

Anil Kumar, Founder, RedSeer Consulting, says, “The share of modern retail segment will jump from 3.5 percent now to 6.7 percent in 2023, and the online channel will witness 55 percent growth leading to a sizeable $10.5 billion market by that time.”

That is more than 10X growth from the current $1 billion.

Even though 1.2 percent looks like a small number in isolation, when contrasted with the e-grocery penetration in mature markets like the US (two percent), and China (five percent), it doesn’t seem all that bad. More so, if you consider the stranglehold of traditional retail stores and local kirana shops in most Indian cities.

The next five years is likely to bring about moderation and rationalisation for online grocery players amidst all the acceleration. Growth will be driven by three factors primarily: wide assortment offered by e-grocers, delivery speed and express delivery options, and quality of products, including niche brands across categories.

Add to that, an overall increase in the trust and comfort with online shopping, triggered by the revolution in electronics and fashion verticals.

“The online grocery segment has been one of the fastest-growing ecommerce verticals in India and will continue to flourish in both metro and non-metro cities in the years to come.”

Online grocery is not just a big-city phenomenon anymore. For instance, BigBasket now reaches 26 cities, of which 16 are in Tier II locations.

“Tier II accounts for 15 percent of our revenue today,” Hari tells YourStory. “In five years, we expect that to double, and arrive at a 70:30 split between metros and small towns,” he adds.

In contrast to BigBasket’s strategy of going wide, hyperlocal e-grocer Grofers has a go-deep-in-limited-cities approach. And, this model, it says, has paid rich dividends in the last two or three years.

“We are not a pan-India player. We operate in the top 10 cities, averaging 100,000 orders per day in each city,” Albinder Dhindsa, Co-founder and CEO, Grofers, tells YourStory. “We have strong networks in these cities, and that helps us source in bulk from merchants and reach the end customer in all catchment areas,” he says.

To put it simply, BigBasket and Grofers represent the two main (yet contrasting) e-grocery models operational across India today.

While BigBasket offers a wide selection (35,000 SKUs), which it believes is a “critical differentiator”, Grofers sells only about 1,800 items (and no perishables).

Albinder explains, “We just need to keep the variety that a wholesaler in a city stocks. We sell about 1,000 items in every city, basically replacing the local wholesaler online.”

BigBasket, on the other hand, calls itself a “full-stack grocer”. It earns 20 percent of its revenues from fresh fruits and vegetables.

“That is our strategic differentiator, and the contribution of fresh produce has remained consistent in every city that we are present in,” Hari says, adding, “This just shows that consumer behaviour in this category is almost identical.”

Online platforms are facilitating the creation of niche sub-categories as well as the evolution of premium brands.

There is an increase in the demand for granola, cereal bars, and muesli. “It marks the rise of the premium consumer segment. 'Granola and Cereal Bars' reflects the highest growth rate of 46.5 percent,” RedSeer reveals.

“The lack of trust is a barrier to shop for personal care products online, followed by concerns related to product quality and product unavailability,” explains RedSeer.

Private labels are a big success too. “We launched private labels to replace unpackaged products and make them more affordable. Now, we do $300 million in private label sales a year,” reveals Albinder.

Here’s how Bigbasket raised $150M to turn a unicorn, and this is what the grocery startup plans...

The ‘budding’ shopper beyond metros

In the past two years, a certain consumer segment in India's non-metro cities has taken to online grocery quicker than others.

These are shoppers who would earlier purchase from local kiranas but have shifted a significant portion (35-40 percent) of their monthly food and grocery spends to online channels now.

Typically, these customers place one to two orders a month, with an average ticket size of Rs 900 to Rs 1,200.

The wide assortment of goods and the non-availability of brands in local markets due to the under-penetration of modern retail have driven these consumers to turn to e-grocery apps like BigBasket and Grofers.

Platform loyalty is high for these customers, according to industry analysis. “However, they are averse to buying fresh products online due to a lack of trust in the quality of such items, which they prefer to buy offline,” RedSeer states.

About 30-40 percent of their grocery spends still go to local kiranas, mostly for immediate, need-based purchases like dairy items and fresh veggies.

While Albinder is certain that Grofers does not want to cater to such need-based demand and will stick to delivering “planned purchases that can wait a day or two”, Hari reveals that BigBasket wants to further strengthen its two-hour deliveries.

“We want to get to a place where all deliveries can be done in two hours,” he says. “But, handling fresh produce and perishables is our biggest challenge right now. We’re working towards solving it,” he adds.

Why BigBasket is aggressively looking at the hyperlocal delivery space

Another emerging challenge in the fresh produce category is, of course, ‘milk tech’, with startups including MilkBasket, Doodhwala, DailyNinja, and others. These players are said to be heralding the second wave of hyperlocal deliveries in India.

Milk tech startups began with subscription-based deliveries of dairy products but have expanded to fresh fruits and vegetables too. At present, about 30 percent of their sales comes from non-milk items (bread, tea, fruits, veggies).

An average consumer places about 20 orders per month, spending anywhere between Rs 2,500 and Rs 4,000 on these services. Milk serves as a hook to get consumers onto these apps, while other essential products help increase stickiness.

In an earlier interaction with YourStory, Anant Goel, Co-founder and CEO, MilkBasket, said, “We aren’t just a milk delivery platform, we are focussed on grocery and are ensuring that MilkBasket is your online neighbourhood kirana store.”

Although most milk tech startups were founded in 2015 and 2016, investor interest in the segment was almost negligible.

Things turned sharply in 2019 with the sector raising over $25 million, up from just a million-dollar in 2018, from top VCs like Sequoia Capital, Matrix Partners, Blume Ventures, etc.

Karthik Reddy, Managing Partner, Blume Ventures (an investor in MilkBasket), explained, “Once the habit is formed, the behaviour becomes extremely sticky. Everything that you need reaches your home between 5 am and 7 am. Once you do that, the order frequency touches 15 to 20 times in a month.”

Milk tech, as a segment of online grocery, is so hot right now that even foodtech players, which are not conventional e-grocers, like Swiggy are turning to it.

In 2018, the Naspers-backed unicorn acquired Mumbai-based milk delivery startup SuprDaily, and earlier in 2019, it earmarked $100 million to deliver milk and other daily essentials in select cities.

Newer entrants and what it means for incumbents

Not just homegrown startups, but even global ecommerce behemoths like Amazon is looking to grab a slice of India’s ballooning e-grocery pie.

In August, Amazon launched Fresh, its two-hour grocery delivery service in select pincodes in Bengaluru. It will soon roll out in other big cities too.

Through Amazon Fresh, consumers can place orders across a selection of over 5,000 fruits and vegetables, dairy items, meat, ice cream, and even dry grocery items like staples, packaged foods, and so on.

There’s also concierge service Dunzo, which promises speedy delivery of almost “everything”, including groceries. The Google-backed startup is now on expansion mode as the hyperlocal delivery market heats up.

With increased competition, how does the e-grocery ecosystem change? Do incumbents need to worry?

Albinder of Grofers weighs in. He says,

Also, grocery-buying is a matter of habit. “When you’re used to creating a basket on one platform, you don’t keep shifting every month,” says Hari.

Both BigBasket and Grofers agree that building an e-grocery business is markedly different from setting up an online electronics or fashion vertical.

One, you cannot do deep discounting because “FMCG brands wouldn’t allow that,” says Hari. And two, grocery is a “people business”, which involves managing a large blue-collar workforce.

“Almost 75 percent of our staff consists of delivery partners, where attrition and absenteeism are very high. That is a challenge for anyone,” he says.

Hence, venture at your own peril.

Or as Albinder puts it, “Grocery presents a much bigger opportunity to go deeper, but it also takes much longer to penetrate new pincodes.”