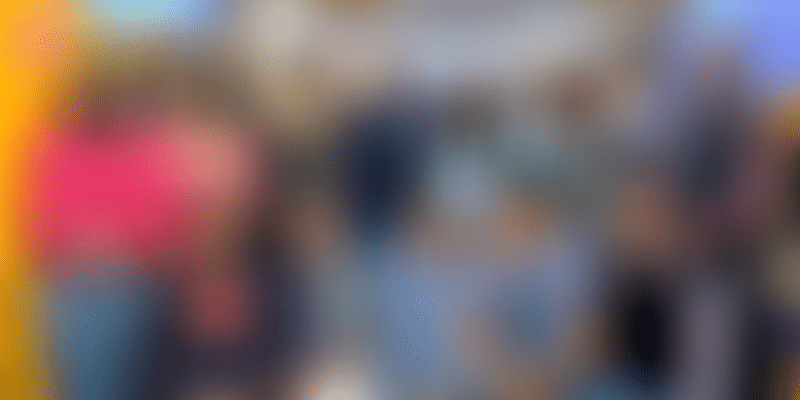 When the common admission test (CAT) went online in 2009, it became a laughing stock for the candidates. Little did they anticipate that online examinations were going to be mainstream, and subsequently the test preparation market would follow the transition too.

After working for three years on the digitisation of the test preparation modules, they launched ﻿Hitbullseye﻿, the online education wing of the mothership Bullseye.

With over 10,000 web pages, Hitbullseye now claims to have clocked 90 lakh students visiting the site.

“Traditionally, it has been observed that whenever the technology curve changes, it poses a huge potential for new entrants to come and take the centre stage, and with this belief and confidence, we started a separate online company in 2013.”

Around 2010, the edtech market was slow due to lack of internet and infrastructural facilities. But with the advent of smartphones and affordable data connectivity, the edtech industry started picking up around 2012-13.

The co-founders of the startup are all alumni of IIM Calcutta. Apart from edtech startup Hitbullseye, they look after multiple businesses in the education sector including K12 schools, a publishing company, and physical test centers.

The startup has a portal for the MBA segment, and also helps MBA colleges and universities in student acquisition and branding. Hitbullseye sells test preparation courses, primarily in MBA and +2 student market, except the courses for engineering and medical entrances.

Besides, the startup offers an online product called Spruce for aptitude and personality development, which is consumed by B2B players majorly, but also has a presence in the B2C space.

Hirdesh says, the content is developed by a team of experts who have over two decades of experience preparing entrance tests.

Hirdesh says, “We are backing this up with technology and AI-based data analytics to help students prepare for their exams in the best manner possible."

Once a student enrolls for a particular course, he/she is given access to a dashboard that provides a wide array of learning aids such as live and recorded lectures, knowledge clusters for different subjects, online sectional or full-length tests.

With guidance at every step, the candidate is encouraged to attempt online tests after taking the lessons. For performance evaluation and feedback, the test analytics run on an AI-based engine.

Bootstrapped since day one, the startup is looking to raise external funding in the next two years. Some of its clientele include colleges like Narsee Monjee, Thapar University, LPU, and UBS among others.

Hirdesh says, in the last three financial years, the startup has seen its revenue grow at a CAGR of 80 percent, and expects to see Rs 4.5 crore in revenues by the end of FY20. He also says the company is looking to break-even by the end of this financial year.

The startup charges Rs 249 for a 10-day subscription, which can go upto to Rs 30,000 for online classroom courses of CAT, Law, and BBA. It also provides B2B offerings in campus placement training, where an entire batch is given training courses. Hitbullseye also offers branding strategy for MBA colleges, which is an additional revenue layer.

Speaking about challenges, being in a Tier II city like Chandigarh, the startup had some trouble while adopting technology and infrastructural facilities.

Hirdesh says, “Despite this, we managed to change the entire gamut of our webpages to dynamic but not static.”

A report by KPMG and Google says the edtech market may touch $1.96 billion by 2021. In addition to a range of smaller startups in the edtech space, there have been some major moves by large players as well.

“We are also working on bringing innovation and AI-based learning logics. Conventionally, market players in our industry have been concerned with coaching indirectly by solving questions followed by teaching a topic. We are looking at a model where every question is tagged with a particular given logic or concept individually.”

He further added the team has been doing a lot of ‘data tagging’ off-late and a brand-new tech-enabled learning platform is on the cards.