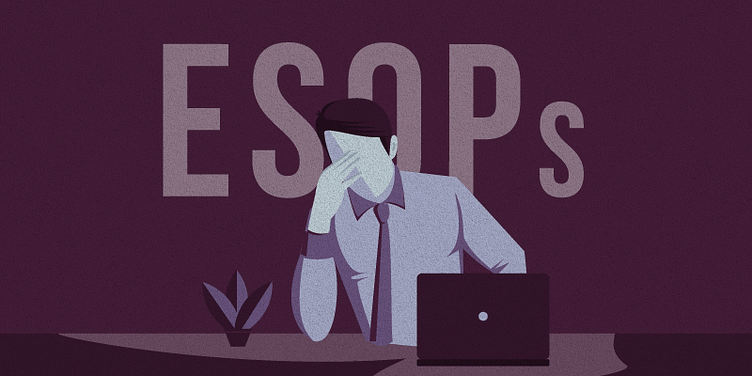 In a bid to provide relief to the startup ecosystem, the government proposed to defer the exercise tax on ESOPs, in the Budget. But the move may actually yield very little and could even result in losses.

Finance Minister Nirmala Sitharaman while presenting her second Union Budget last month proposed to defer the exercise tax on ESOPs (Employee’s Stock Ownership Plan) in “eligible startups” by five years, or to the time of sale of shares, or when the employee leaves the startup – whichever is earlier.

Before the Budget announcement, startup employees were required to pay tax whenever they exercised their option to buy the company’s shares at a predetermined price and also pay taxes on capital gains whenever they sold those shares.

“Currently, ESOPs are taxable as perquisites at the time of exercise, and this leads to cash flow problems for employees who continue to hold them for the long term,” the Finance Minister had said during her Budget speech before announcing the exercise tax deferment.

It is important to note though that the dual taxation regime, which experts believe is “draconian”, still remains.

During her speech, Ms Sitharaman also happened to highlight the fact that startups, during their formative years, tend to use ESOP to attract and retain talent. However, many in the startup ecosystem believe that the deferment of exercise tax will do very little on the ground.

“It’s not become much worse, but it has not become better either,” says Ganesh Nayak, Director of Bengaluru-based startup investment platform ﻿LetsVenture﻿. One of the Bengaluru firm’s endeavours is to help companies create a balanced approach to ESOP liquidity, and drive meaningful discussions between founders, HR heads, and board members, working closely with the startup ecosystem.

Why only ‘eligible startups’?

A major disappointment in the Budget announcement lies in the fact that the new rule only applies to “eligible startups”, which are essentially just about 200 early-stage startups who have applied and received 80 IAC tax exemption (with criteria like incorporation after April 1, 2016); not the 28,000-odd startups recognised by the Department for Promotion of Industry and Internal Trade (DPIIT), Ganesh points out.

“We set up NoBroker in 2014 and we don't fall in the ambit itself. In any case, five years is too small a period. It (exercise tax) should have been deferred by at least eight years if not by 10, to make any real difference.”

The industry has been lobbying for the exercise tax to be abolished altogether and been making a case for tax to be levied only at the time of actual sale of the shares by employees, without any caveats on the duration of employment or timing of exercise.

NoBroker’s Saurabh echoes the industry’s views about the ideal scenario being the scrapping of the exercise tax altogether. “There should only be a capital gain tax when the startup employee is selling the share, just like it happens in stock markets.”

Many, like Deepak Agarwal, Co-founder of Delhi-based startup ﻿The Auric﻿, believe that ESOPs are just “paper currency”, till the moment liquidation happens.

“Taxing people before they have made money is a stressful thing,” says Deepak.

Tax should only be levied on the capital gains, when the employee sells their shares, he stresses, reverberating the sentiments of Saurabh and the rest of the industry.

There is practically no value for the ESOP here because startups that have been incorporated after April 1, 2016, have not even hit $100 million in valuation. And their ESOP is not going to be liquidated any time soon,” LetsVenture’s Ganesh says.

The government should expand the scope of ESOP tax relief to all private and unlisted companies, and not restrict it to only startups incorporated post April 2016 and approved by the Inter-Ministerial Board, he adds.

Is there a bright side?

Although the actual tax liability for startup employees who exercise their stock option remains the same, they can now become a shareholder without paying the income tax (typically above 30 percent in most cases) at the time of exercising their ESOP. Additionally, if employees hold the shares for more than two years they can save 10 percent on Capital Gains Tax as well, Ganesh notes.

It may seem like there is a bright side to the finance minister's Budget announcement, after all. But in reality, the downside or the risk employees take on with this change may very well override the positives.

The concerns are not ill-founded, given that down-rounds do happen.

Last year, ecommerce startup Shopclues’ valuation came down drastically to $80 million from a $1.1 billion valuation in 2016, after Singapore’s Qoo10 Pte Ltd acquired it in an all-stock deal in 2019.

Cab-hailing company ﻿Ola﻿valuation had come down to $3 billion from $4.5 billion in 2017, when it raised a fresh round of investment. However, it did shoot back up later to more than $5 billion last year after the $74 million funding round from existing investor ﻿Steadview Capital﻿.

Coming back to Nirmala Sitharaman’s announcement, one can take heart in the fact that ESOPs at startups have caught the government’s attention. While the latest move may yield precious little, it is perhaps a signal in the right direction.