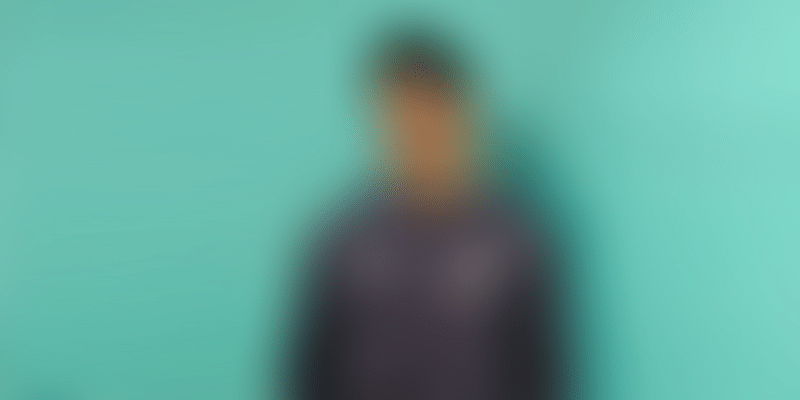 In 2006, Ashok Kumar joined SlideShare, later acquired by LinkedIn, as an office boy for a salary of Rs 3,500 as a class 10 graduate from Haryana.

Ashok Kumar was around 18-years-old when he joined SlideShare in Delhi as an office boy. He was a class 10 graduate from Hisar, Haryana, who had come to the city looking for employment.

His maternal uncle, who he was staying with, ran a tailoring shop and lived near SlideShare co-founder and chief operating officer (COO) Amit Ranjan’s residence. That’s how Ashok was introduced to Amit, who decided to hire him.

A San Francisco-based startup with an office in Delhi, Slideshare was launched in 2006 and ran the world’s largest slide sharing platform. The company was later acquired by LinkedIn for $119 million in 2012.

In 2006, Ashok joined the company as an office boy for a salary of Rs 3,500 and rose through the ranks over the years.

Speaking about Ashok’s journey at SlideShare, Amit says, “He joined as a helper in 2006. He was an office boy – a peon. Over the years, he became an important part of the team. People pull themselves up socially and academically through the internet. That’s what happened with Ashok.”

Amit remembers him as being “inherently sharp”.

While working at SlideShare, Ashok also ensured that he continued his education, getting a bachelor’s in Commerce. He also did an MBA post his SlideShare stint – which ended in 2014 – around the same time Amit decided to move on from the startup.

At SlideShare, despite starting out as a helper, he eventually took charge of all administrative work, including some accounting and human resources (HR) tasks. Ashok also dabbled in IT and learnt computer networking.

He looks up to Amit as his mentor. “Amit ji taught me a lot. He is like a hero in my life and I continue to stay in touch with him. I joined the company as an office boy, and learnt everything from there on, thanks to him,” he says.

When SlideShare got acquired by LinkedIn in 2012, it changed Ashok’s life. Amit handed him a letter containing details about Ashok’s ESOP (employee’s stock ownership plans), which was a “big surprise” for Ashok who made around Rs 12 lakh from liquidating it later.

This money helped him realise a long-cherished dream. “Coming from Haryana, I had this dream that I wanted a house in Delhi. So, with the ESOP money, I bought a flat in North Delhi, where I stay now,” he says.

Looking back, Ashok says, he never realised SlideShare would become “this successful” or that he would make “so much money” from the company.

When SlideShare was launched in 2006, the startup decided that “everyone in the company” should have stock options. Back in those days, ‘startup’ was not a familiar word like it is today, says Amit.

“At that time, the startup word did not exist. Ownership in a startup is a key thing. So how do you ask a person to leave a big office and join a small company? By communicating that they will be a participant and an owner in what is being built, through stock options,” he says.

When the startup got acquired, SlideShare had around 55 employees in India and 45 in the US, and every staffer had stock options and made money.

But explaining ESOP to people joining the company was not an easy task and a “big deal”. Hence, the company entrusted the job to a boutique advisory firm, Dawn Consulting, run by former Wipro Finance president, SR Gopalan.

“He had helped frame the ESOP policy for us. Every six months, he would come and explain it to the employees. It was important to get an external person to explain. The idea was to create awareness,” says Amit.

The ESOP presentation became part of the starter kit for anyone joining the company. “Whenever the company made an offer to someone, I used to make it a point to explain the ESOP concept and sell the idea of a startup. Otherwise, it was difficult to convince people to join back then,” Amit reminisces.

When LinkedIn bought SlideShare, the startup’s stocks were converted into LinkedIn shares.

ESOPs in the startup ecosystem

According to Bengaluru-based startup investment platform LetsVenture, ESOPs represent an estimated $4 to $5 billion of value in India's top 50 startups by market cap. But unlike in the case of SlideShare, most of the times, there are gaps around the actual value and liquidity options surrounding ESOPs within the startup ecosystem in India.

LetsVenture’s Director Ganesh Nayak says, “In the last decade, the Indian startup ecosystem has witnessed creation of large valuable companies which have thousands of employees with ESOPs worth $4 to $5 billion. These employees participated in the risk of startups, with ESOPs being a major component of their compensation. While there are policies around granting and vesting of ESOPs, there is no policy or visibility given to employees on the liquidity of these ESOPs – this is especially important as Indian startups are expected to remain private for 12 to 15 years.”

Former Flipkart senior executive Satheesh KV, who led the ESOP policy at the ecommerce giant and recently joined the LetsVenture board, believes that the contribution of an ESOP liquidity programme to the ecosystem is extremely powerful. Flipkart has spawned over 200 entrepreneurs through its ESOP liquidity events over the years.

“One of the biggest magnets to attract top talent to early and growth-stage startups is promising wealth creation through ESOP. It is a key tool and a great opportunity for startup employees to create wealth. However, it’s seldom understood and remains to be an unsung hero in the reward structure. Very few startup founders have leveraged its full potential,” says Satheesh, who is also the Chief Evangelist for LetsVenture’s new business unit, MyStartupEquity, which aims to empower Indian startups to efficiently manage their ESOPs.