The week that was: from developing masks to making remote working cool, startups are upping the game during coronavirus 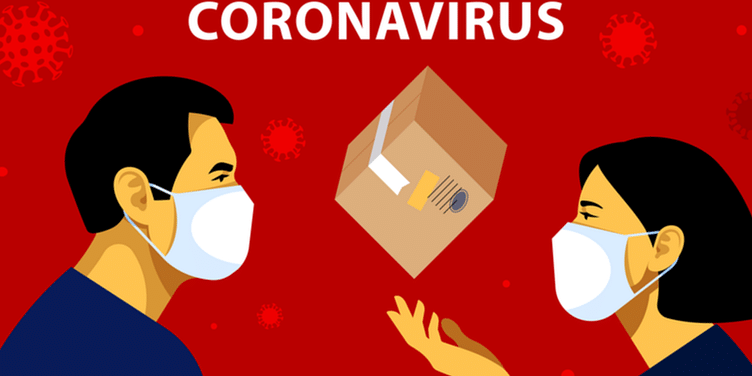 The impact of coronavirus is not only affecting human lives but also the economy. This week, we explored startups that came up with smart solutions to help people.

Coronavirus is a global event that has shattered the world. The next two weeks are the most crucial for India in the wake of COVID-19. Considering this, businesses and organisations across the world are taking precautionary measures and have asked employees to avoid  unnecessary travel. Some of the key businesses, especially internet-based startups and tech giants, have mandated work from home for all their employees.

Remote working culture has been gaining popularity for businesses in the past couple of years. However, only a small percentage of companies and their employees are completely familiar with the concept. In this scenario, professionals who are new to the concept face the challenge of keeping up their productivity and efficiency.

Worldwide coronavirus lockdowns as WHO warns young people 'not invincible'

When you are working in a home setting, you are likely to get distracted because of multiple factors like family, pets, television, changed eating and sleeping routines, and so on. Taking a few steps will help you stay focused when you are working from.

The coronavirus outbreak, which started in China, has claimed over 3,000 lives and infected more than 81,000 people across six continents. The epidemic, declared a ‘global health emergency’ by the World Health Organisation (WHO), has not only led to a widespread shortage of masks, but also a proliferation of counterfeit masks that are being sold on online sites like Amazon.

While governments are taking initiatives to contain this outbreak, individuals are taking precautionary measures such as wearing face masks, which has resulted in another crisis – the shortage of masks in the market.

IIT-Delhi alumni’s startup Nanoclean rose to the occasion and launched its product, ‘Naso mask’, to address the issue.

Prateek Sharma, co-founder and CEO of ﻿NanoClean﻿ wearing Naso Mask Also Read IIT Delhi alumni's startup Nanoclean is now working on mass producing nanofibres in India The startup has sold over five lakh packs of Naso masks. Prateek Sharma, Co-founder and CEO of Nanoclean, tells YourStory that in the last 30 days, the startup has generated a revenue of over Rs 5 crore and is doing 10 times its usual business.

Delhi-based Nanoclean specialises in the development of preventive measures for polluted air, and products for air filtration. It is already famous for its product ‘Nasofilter’, a kind of nasal filter that costs only Rs 10.

Now, let us talk about companies that are making remote working cool. As part of the social distancing phenomenon, work meetings are taken to virtual video conferencing. Platforms like Zoom.us and Airmeet are finding their niche during these tough times. In what seems like a course correction, stocks have plunged, the financial markets are seeing a downtime, and the net worth of individuals is being reduced on a daily basis.

However, Eric Yuan, Founder and CEO of Zoom.us, added $20 million to his net worth on Monday alone, while his total net worth went on to hit $5.6 billion, keeping him at rank 274 on Bloomberg Billionaires Index. In the year 2020 alone, the founder saw a spike of $2 billion in his fortune. The shares of the company have gone up by 0.4 percent, ramping up its year-to-date gain to 58 percent.

Known for its low latency superiority in the connections, Zoom.us was gradually growing in terms of user traction in the Silicon Valley, only until the coronavirus outbreak. After the pandemic spread, and working from home became the new norm, the San Francisco-based startup saw an overwhelming spike in its traction, which was unanticipated even for the team. According to a CNBC report, Zoom.us has added more monthly active users (MAUs) in the first quarter of 2020, than it did from all of 2019.

Talking about technology and health, people are now increasingly using technology to monitor their health. A techie by profession, Joginder Tanikella was also looking to get back in shape after he was shocked seeing the results of his medical check-up. None of the measures he undertook were giving the desired results, but a fitness tracker on the wrist revealed the importance of measurement, i.e., to understand whether the steps taken were providing any tangible result.

Inspired by the coin weighing machines he had seen at bus stands and railway stations, the techie-turned-entrepreneur developed a device, which gives the user quick and detailed health analysis.

This led him to start Quantificare Health Stations in 2018. The Hyderabad-based startup has its own branded health machines called Pulse Active Stations. Mostly installed at locations with high footfall such as metro stations, bus stands, and shopping malls, the IoT-enabled smart kiosks give the user a medical report within five minutes, and costs as less as Rs 50. According to Joginder, these kiosks are currently installed in 150 locations spread across various states in the country, and around 4.5 lakh people have engaged with it.

Startups and entrepreneurs have disrupted every space with their innovation, and education is not far behind. IIT-K alumnus Krishna Kumar started edtech startup ﻿Simplilearn﻿ as a blog in 2010 after selling off his startup, TechUnified. He blogged about his experiences, and offered advice on career and project management. Over time, he realised that his personal blog held the potential to become an online business that could cater to the training needs of professionals.

Today, the edtech startup caters to the growing demand for professional certification by offering a blended learning model and focuses on working professionals looking to upgrade themselves. Simplilearn claims to have helped more than one million professionals and 1,000 companies across 150 countries get trained, acquire certifications, and reach their business and career goals.

Now let's talk about mentorship. Gujarat, with more than 236 operational startups, is a booming startup ecosystem. The state was ranked the “best performing state” in the National Startup Ranking for 2018, according to a recent report of NASSCOM and consulting firm Zinnov.

Helping the state find place at the startup table is the Centre for Advancing & Launching Enterprises (CrAdLE), the Technology Business Incubator (TBI) hosted by Entrepreneurship Development Institute of India (EDII).

With an aim to boost the ecosystem, the Government of Gujarat had in 2018 announced that it would support 2,000 startups in the state by 2021. This announcement was made at a Vibrant Gujarat Startup and Technology Summit held in Gandhinagar.

Around 21,900 enterprises were set up by beneficiaries trained under the EDII’s Micro Skillpreneurship Development Programme (MSDP) in the past five years. The institute, as part of the Skills to Succeed 2020 Goal, trained more than 32,900 beneficiaries across states, including Tamil Nadu, Kerala, Karnataka, Andhra Pradesh, Telangana, Maharashtra, Madhya Pradesh, Goa, Uttarakhand, Assam, and Puducherry during 2015-16 and 2019-20. The programme was developed to encourage entrepreneurship among marginalised communities.