Coronavirus: How Drona Maps is using drones to create 3D maps of cities in India to track COVID-19 hotspots 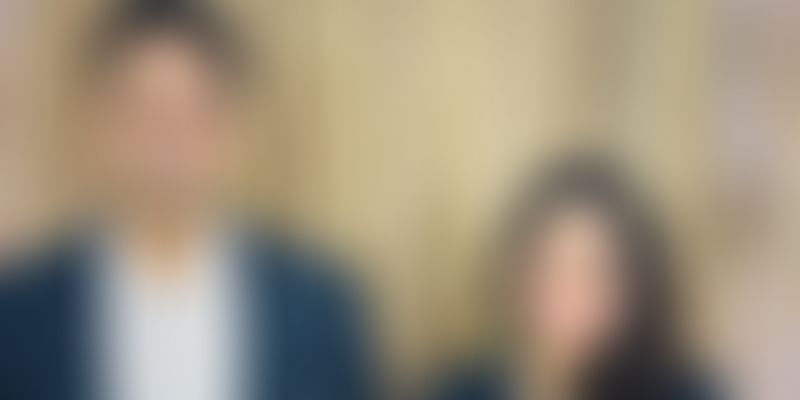 Founded by Ayushi Mishra and Utkarsh Singh, the startup leverages the use of drones to help create 3D-visual maps of cities and larger spaces. The startup is currently working on a nationwide coronavirus project to map hotspots in the country.

Drones are an inescapable part of science fiction – always hovering around, creepily spying on people – very Orwellian. But real-life is far from fiction (lucky us), and drones today are being used to supplement human efforts, rather than being used to hamper them. Amazon, for example, has been experimenting with drones as a way to deliver packages over short distances; Domino’s Pizza used a drone to deliver pizzas in New Zealand; London’s metropolitan police said it would use drones to catch dangerous drivers.

Drones not only help in making pizza-deliveries easier, but they also augment policing and reconnaissance, and can prove particularly useful in emergency situations.

But one thing they can do better than anything else is capturing geospatial data, better even than a satellite.

"We help create drone-based maps that have resolutions and 3D imaging capabilities at least 30-times better than satellites. We provide our clients with dashboards to track the development process of a large-scale construction site or infrastructure projects," says Ayushi.

He carried the drone back with him to India, and deployed it during the Sawan Jhula mela in Ayodhya, which hosts nearly three million people during the festival.

The local government was tasked with creating an urban infrastructure to manage the influx of so many people, and Utkarsh – using his drone to create 3D maps – helped them create exit and entry routes, and identify areas to be cordoned off.

He successfully helped the local bodies map the area in just three days – a task that would’ve taken much longer on foot, or using satellite images.

"The scale of impact that was possible with an off-the-shelf commodity, such as a small drone, is what drew us to this idea," says Ayushi of the startup's genesis.

Today, the startup’s technology has been deployed in over 100 Indian villages and 10 urban areas.

While photography is the most common application of drones, mapping is an important aspect too.

On the back of existing manufacturing capabilities and drone-software solutions from Silicon Valley, a thriving service industry has taken root. In India too, over the last three or four years, a number of drone manufacturing companies have cropped up, each trying to create their own niche across sectors – like mining, energy sector, oil and gas.

Drone Maps works with several such drone-service partners who collect images for them. These images are then reconstructed into maps, using deep learning.

“(The mapping) includes 14 geospatial features that are necessary for sustainable development planning, like the location of trees, roads, plot boundaries, etc. Usually, this is done for applications like pipeline planning surveys, urban planning, rural planning, and development," says Ayushi.

Drone-based maps – like the kind Drona Maps produces – have found varied uses around the world. For instance, developed countries use them to help with agriculture and construction. Emerging countries, like China, India, and even Africa, on the other hand, have been using them for defence and security.

"We have used a swarm of toy drones worth $1,500 apiece to map 90-sqkm areas in entire cities. It is reverse innovation at its finest – the capacity to create centimetre-level 3D maps for large-scale areas, and make them available on an internet browser, on an average laptop for the decision-makers to use," says Ayushi.

The festival in Ayodhya was Ayushi and Utkarsh’s first paid project, but they had not incorporated the startup back then.

The first paid project they did as a registered company was 3D-mapping an industrial area near the city of Indore for the purpose of showcasing properties available for investments.

The startup had been meeting public officials to try and convince them of the power of drone-based mapping, but hadn’t been successful.

However, they eventually landed a client that was particularly impressed by the startup’s ability to 3D-map the entire city, and have it streamed on a browser on their laptop.

The startup has spent a lot of time bettering its technology, especially since it's placed in an emerging sector.

The startup is currently working on ways to capitalise its dashboard platforms, which have the ability to plan and track complex, large-scale projects.

The startup charges clients a nominal subscription fee for the platform, along with a per unit area-data acquisition fee for capturing the data, a portion of which goes to its drone service partners. It does not own a single drone itself, instead using data-led imaging technology as its unique selling point.

The startup has still been facing competition from existing and old methods of doing land surveys, which ignores the need for granular tracking.

But Drona Maps has been able to leverage the coronavirus crisis to further prove the usefulness of its product by adding fields to its dashboard that are relevant in tracking the progress of the virus, along with other inputs.

"Hopefully, once we get the public sector to use these dashboard solutions on a regular basis, convincing them to use data from drones regularly should become easier," says Ayushi.

The startup’s clients include the likes of Reliance – which is adding to their innovation by advising them on best business practices and go-to-market.

Drona Maps was in Punjab, working on an active project when the coronavirus hit, forcing the state to draw up a combat plan.

Local government authorities got in touch with the startup and asked them to create a public-facing dashboard for India, and a district-wise one for Punjab, specifically. Over the course of time, the scope of work was increased to include geo-fencing of quarantined patients, cluster analysis of the spread, location tracking with call records data, and predictive analysis for spatial-spread based on those parameters.

“Our solutions works with the command and control centre at the state level,” says Ayushi, adding the administrative dashboard they created to form the core of the entire coronavirus initiative, which includes tracking cases, district-wise, patient and quarantine data, healthcare infrastructure, and also contact tracing of positive individuals.

"Providing a central dashboard that can aggregate, and create, reliable master geo-databases to provide an accurate estimate of the situation to decision-makers has turned our business into a complete war room solution, and we’re offering this for free.”

Consumer data from applications like hyper-local delivery services, and mobile health clinics, among others, can also be integrated with the dashboard, the startup says.

For their help embattling COVID-19 in India, the startup recently received an undisclosed grant from "ACT" – a Rs 100 crore initiative set up by the Indian VC ecosystem to fight the pandemic.

Over the next 18 months, the startup plans to provide coronavirus solutions – in partnerships with state authorities – for as many places across the country as possible. Once the pandemic ends, the startup said it will leverage its relationships with local and state governments for other projects.

The startup believes that, in the future, emerging nations will use fewer satellites – which cost millions to launch – and instead use only drones to map geospatial data.