Diagnosed with diabetes at 16, this chef started a cloud kitchen to promote healthy eating 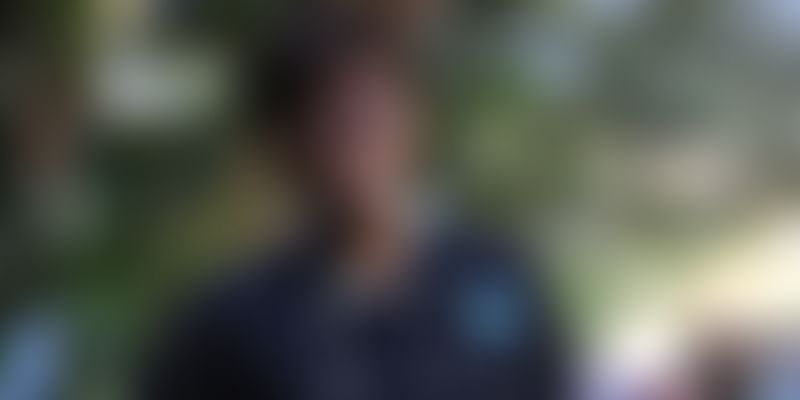 Diabetic Chef cloud kitchen was founded by Harsh Kedia, a 23-year-old entrepreneur who has been living with diabetes since teenage, and has taken it upon himself to promote healthy eating.

The old adage that people only want what they can’t have maybe primitive. For Harsh Kedia, who was diagnosed with diabetes at 16, that proverb came true when he had to stay away from desserts and sweets. However, he decided to start baking desserts and began experimenting with them to satisfy his sweet tooth. The idea of the Diabetic Chef came from a friend who was amazed at Harsh spending so much time baking.

Diabetic Chef, a cloud kitchen, restaurant and a sugar-free desserts company, was founded back in 2013. It started as a blog where Harsh maintained records of recipes for diabetic patients who were unable to eat sweets. The blog began to spread awareness that even diabetic people could enjoy a cake if made with ingredients that won't shoot up the sugar levels.

Is Cloud Kitchen a New Future of Food Industry?

"The company solves the problem of lack of availability of authentic desserts which are diabetic-friendly,and calls out a lot of food in the market which is said to be diabetic-friendly but is really not," Harsh Kedia, now 23 years old, tells YourStory.

Though lots of brands that make shakes and ice-creams with refined sugar and high fructose syrup, very few of them are dedicated to sugar-free desserts.

"There are a lot of companies which make desserts, milkshakes. So it's quite a populated market, but with respect to diabetic-friendly desserts, the market is relatively newer. And it's an unexplored segment which I going to focus on," explains Harsh.

The early days and the product

As a blog, Harsh's 'Diabetic Chef' provided recipes on request for every individual, and would even sometimes teach them how to make it. That's how he earned till about 2017.

He then set up his own bakery, and since he was self-taught,he began baking as well. He took orders on Facebook and started delivering to individuals and businesses. He also opened a cafe for patrons to visit and enjoy his cooking.

The eatery’s menu included brownies, chocolates and milkshakes – all of them diabetic-friendly and sugar-free. Harsh does not disclose his secrets of how people came to love his food on delivery apps. He is also a fan of comics and children's fiction, and has christened his recipes with names like 'Dark Knight', 'Philosopher’s Stone', 'Willy Wonka’s Delight', and 'Ragnarok'.

It wasn’t easy at first. His parents were concerned about the profession he had chosen, but as time went by, they realised that baking was his passion.

His first customer was his friend's mother whom he taught some recipes. Since she was quite impressed with the kind of stuff his bakery made, she would order often.

"I wouldn't call it a first pay cheque as such. There was a college stall we'd set up back in 2014 at Symbiosis. And it was a five figure amount that we had received after selling around 200 cupcakes, 100 brownies and it was a nice experience," says Harsh.

"The difficulties, of course,are the recipes, nutrition value, calorie count and convincing people about the authenticity of the product. It's also sometimes difficult to make people believe that I am diabetic myself. Around two years back, the kitchen burnt down because of non-completed fire auditing; a short circuit in the kitchen happened. So these are the kind of difficulties the business has seen," he adds.

Since, he has invested Rs 35 lakh in his business, though the young entrepreneur does not want to disclose revenues. He is currently planning his products to be retailed as a brand and is closely working with a few manufacturers to bring baked goods to homes through retail and ecommerce.

The business format, which was B2C in a restaurant format, has now been working on a B2B transformation.

"We are going into B2B setup, which currently can't be disclosed. So the B2C market will be operational along with the B2B set up soon," says Harsh.

The plan for the next 18 months is to set up his own label for his products with some manufacturing units and also white label his recipes.

"The USP of our products is that they are unique and virtually non-existent. It is something that noone has done before," says Harsh.

Industry sources such as Deloitte predict that the cloud kitchen industry will beamulti-billion industry by 2025. Diabetic Chef competes with othercloud kitchens including Polar Bear, Keventers and several other brands selling on Zomato and Swiggy. Some of the restaurants on the apps also offer sugar-free products.