The week that was: From the man who headed Paytm Wallet to startups fighting coronavirus pandemic 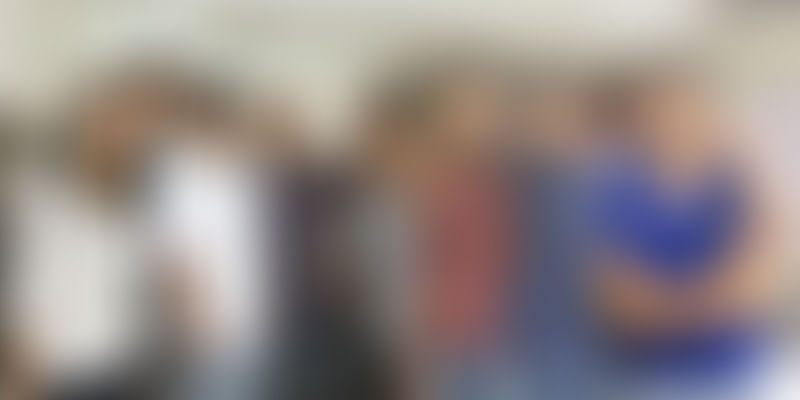 During the 21-day lockdown, many startups have come up with solutions to fight the ongoing coronavirus pandemic. Here is how Indian startups are dealing with the crisis.

The jingle “Paytm Karo” may have spread like wildfire during the 2016 demonetisation, but Paytm’s wallet business started way back in 2014. A small part of Paytm’s parent company, One97 Communications, the Paytm wallet business was built by a small internal support team headed by Hitesh Gupta. Hitesh didn’t follow the cookie-cutter model to success. Born in Jaipur, engineering was the de facto choice as Hitesh was good at mathematics and science.

“We also didn’t have many choices. If you were good at math and physics, you did engineering; if you were good at biology, you became a doctor,” Hitesh says. The platform went on to bag Uber as a client in 2014, followed by BookMyShow, and there was no looking back.

During these tiring times, urgency is a key element to get things done. While everyone, including doctors and medical staff, is ensuring the treatment of COVID-19 patients, it is equally important to get the patients to the hospitals on time.

To that effect, Hyderabad-based startup StanPlus jumped in to help with end-to-end patient transportation. Founded in 2016 by INSEAD graduates from France Antoine Poirson, Jose Leon, and Prabhdeep Singh, the startup is an emergency healthcare services startup that provides medical response solutions — ambulance services for both emergency and non-emergency and after-life support sectors.

The startup aggregates hospital ambulances, private operators, government-run services, and its own ALS (Advanced Life Support) ambulances. It has partnered with over 25 hospitals in cities like Hyderabad, Bengaluru, Mumbai, and Kochi for medical responses, resulting in all the emergency calls from hospitals being answered by StanPlus.

To date, the startup claims to have managed emergency responses for 10,000 patients across these cities, and further plans to expand its operations to support more than 50,000 people in the next six months.

In 2016, Dr. Pooja Rao, a physician who also is a data scientist, and AI expert Prashant Warrier decided to use AI to make diagnostic imaging like X-rays and MRIs affordable and accessible. The duo realised that the volume and complexity of diagnostic imaging were significantly increasing. Radiology expertise is scarce and expensive, which means that not all patients receive an accurate, timely diagnosis. Also, the complexity kept increasing.

Mumbai-based healthcare startup Qure.ai’s solutions use AI to automatically interpret radiology scans, enabling faster diagnosis and speed of treatment in critical moments of care. It recently raised $16 million in funding led by Sequoia India and supported by MassMutual Ventures Southeast Asia. Now, as the world battles a pandemic, Qure.ai is readying to do its bit to help curb the further spread of coronavirus.

The nationwide lockdown to combat the coronavirus epidemic has frozen India’s entire supply chain infrastructure, disrupting the delivery of daily essentials like vegetables and fruits. In such trying circumstances, agritech startup Ninjacart is keeping its wheel running with quick thinking and innovations on the fly. The Co-founder and CEO of the Bengaluru-headquartered startup —Thirukumaran Nagarajanpopularly known as Thiru—in a conversation with YourStory, says that Ninjacart has been able to keep up its deliveries even as each day throws up new challenges.

Backed by investors such as Walmart, Flipkart, Tiger Global, and Accel, among others, Ninjacart has, over the last five years, expanded its operations across India, delivering 1,500 tonnes of fruits and vegetables every day. However, the situation is now completely different as there is a greater focus on how one can enable the supply when nobody is sure which part of the network will be operational.

In early March, when schools, colleges, and universities were asked to shut down due to the coronavirus pandemic, online edtech platforms started offering several online courses to ensure uninterrupted education of lakhs of students in the country. While many of these startups are addressing the educational needs of school students, a Mumbai-based startup Testbook is aiming to serve about 70 million young men and women, who apply for government jobs each year.

While the Centre had long mandated government job exams to be taken online, most of the coaching for these competitive exams happens offline.

“We ensure that the health of the students is protected and access to learning and education remains uninterrupted at the same time. This is our bit in making the situation better for crores of aspirants whose competitive exam preparations have been hampered because of the closure of coaching classes and institutes,” says Ashutosh Kumar, CEO and Co-founder, Testbook.

The startup noticed that students in Tier-II and III cities were uncomfortable with digital payments. To cater to this issue, in March 2016, the startup announced the launch of its voucher card – Testbook Pass – to help students pay in cash, which works like a recharge voucher that students could buy for cash and use on the website to give their tests.

In the past two years, a host of language-focused social commerce startups have mushroomed in India, following the success of video and social commerce in China. One of them is Noida-based Mall91, founded in 2018 by Nitin Raj Gupta and Shubham Paramhans, and it seeks to fulfil rural India’s online shopping aspirations.

When you look up ‘Mall91’ on Google Search, the results take you to a Hindi website and a Hindi app listing. When you dig deeper, more local languages show up. And, that captures the essence of the platform, which calls itself 'Bharat Ki Dukaan' and plans to reach 400 million first-time internet users in India’s Tier-III, IV, and V towns and villages.

Co-founder and CEO Nitin Gupta tells YourStory, “Most of the consumer internet in India has been built for metros and Tier-I cities. Businesses were cloned and copied from China and elsewhere. We saw an opportunity to build for small-town India, where content consumption was happening due to the smartphone and data revolution. But, there was no unique indigenous commerce model until now.”