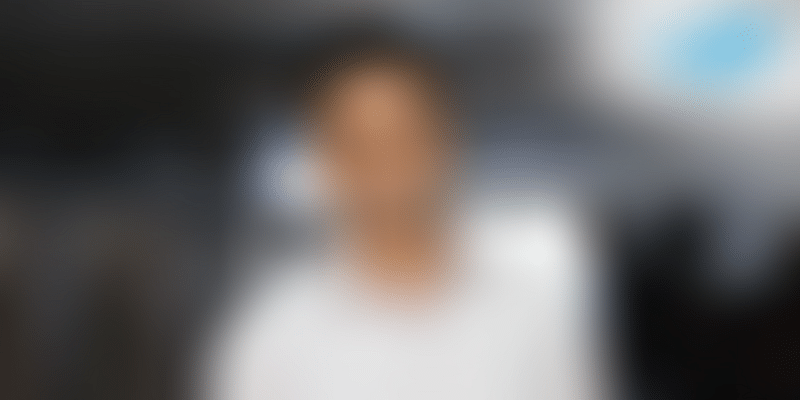 The Turning Point is a series of short articles that focuses on the moment when an entrepreneur hit upon their winning idea. Today, we look at Bengaluru-based fintech brokering platform Zerodha.

When Nithin Kamath was 17 years old, he was introduced to the world of financial markets and trading. Finding it a great way to make money, Nithin began to trade in penny stocks. By the time he finished his engineering course, he had accumulated a lot of money, only to lose it all.

Nithin then started working at a call centre during the night; he continued to trade in stocks during the day to build his trading capital. This went on for a couple of years until he met an American HNI, who gave him a cheque and asked the youngster to manage his money.

“I started trading quite early. I traded for 12 years before starting ﻿Zerodha﻿. I don’t think I could have done any other business other than broking because that’s where my core competency was,” he says.

He even became a sub-broker for Reliance Money in 2006. In 2008, the market crashed again, but Nithin had made some money and could start up. That led to the birth of Zerodha in 2010 with a brokering licence, and with his brother, Nikhil Kamath.

He started out with brokering. Nithin says if you want to become a broker, deposits “need to be made on the exchange”.

While the journey leading to his starting up is fascinating, what is interesting is the fact that Nithin felt there was “a need for a platform that educated people on the different investment options available”. That gave him the idea of starting Zerodha.

“We converted the partnership to public limited only last year. In 2010, we started in a small little office. I think we had 30 people in the team. To scale up, we’ve been extremely frugal; whatever money we could save, we have tried to do that,” Nithin says.

Looking back, Nithin believes that he learnt working and hustling in those three years, which in turn helped him in the business. He adds that he did a lot of cold calling in the first two years of Zerodha. The team soon realised the platform needed to be shifted as India does not have many people who actually speculate in the market.

Brokering needed to have a new edge, and Kailash Nadh joined as CTO.  The idea was to change the Indian stock broking industry by pioneering the discount-broking model, charging a maximum of Rs 20 on futures, options, and intra-day trades.

Zerodha charges a flat fee for every trade, and that model had taken off in the US already. No one had done it in India yet, but at that time - between 2009 and 2010 - no one was doing much in the markets anyway.

Other startups like AdvisoryMandi, Stockal, and a few others are operational in the market. According to media reports and National Stock Exchange, 97.5 percent of its total 2.78 crore participants are individual investors. Therefore, there is a long way to go.

The platform today has 2.2 million customers and over 12 lakh active clients, as per NSE data till February. With 800,000 daily active users, the platform also contributes to 15 percent of overall retail trading volumes in India.