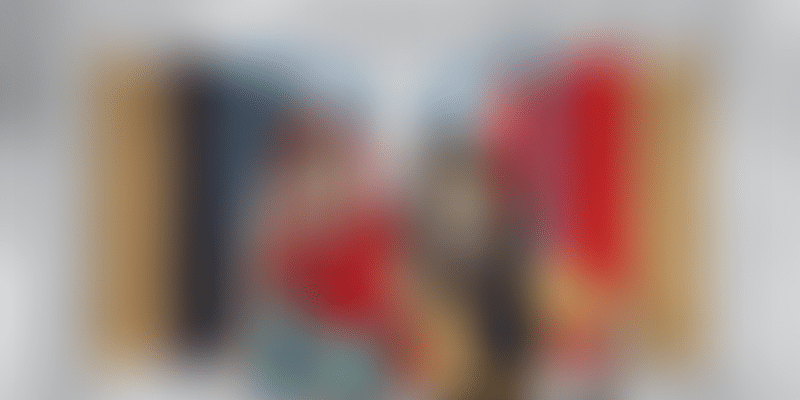 India now has more rural internet users than urban ones. The low-cost data revolution and the government’s digital push have made desi internet more diverse and inclusive.

The term ‘Next Billion Users’ — often used to describe the internet opportunity in emerging markets — was first coined at Google’s Mountain View headquarters in 2015.

Two Indian-Americans were at the helm: one leading Google, and the other, spearheading its Next Billion Users initiative globally.  Sundar Pichai and Caesar Sengupta had envisaged all the emerging economies in their Next Billion Users project.

But, by 2017, if Silicon Valley executives uttered the phrase, they were most likely alluding to just India.  Google was launching a slew of India-first products from Tez (now Google Pay) and YouTube Go and YouTube Offline to Neighbourly.

The focus of Next Billion Users had shifted so firmly and irreversibly to India that a Google product manager said at the Neighbourly launch, “We think the future of the internet looks like the next billion users. We ask ourselves: if you were designing for Mumbai, not Mountain View, what would you build?”

Three years on, India has journeyed to half a billion of that opportunity.

It now has 504 million active internet users, who are five  years or above, according to a joint study by the Internet and Mobile Association of India (IAMAI) and Nielsen.

The industry body states, “Digital services have assumed great importance for India. The spread of the internet has been possible due to the joint efforts of the government (promoting e-governance and Digital India vision) telecom service providers (more affordable data packages, better connectivity), and internet service providers (for digital entertainment, ecommerce, content in Indian languages).”

India continues to be the world’s second-largest internet market after China. But what makes it more irresistible to Silicon Valley companies is that it also happens to be the largest untapped internet market in the globe. With close to 900 million people without internet connectivity still, there’s little doubt that the Next Billion Users are going to come from India.

Navkendar Singh, Research Director – Devices and Ecosystem, India & South Asia, IDC, explains, “India is and will remain a ‘must-present market’ on every organisation’s strategic roadmap for the next two decades, primarily because of the huge hitherto unconnected almost billion users. Every company is trying to make products for these users. They are making efforts around internet literacy in the hope that this huge base starts using their services in the next few years.”

For the first time in 2019, rural users (277 million) outnumbered urban areas (227 million) by 10 percent, thereby eliminating the digital divide that had existed earlier.

“Even though internet users in rural areas are more than those in urban areas, there is immense headroom for rural growth. Close to 70 percent of the rural population does not access the internet. This will further contribute to an increase in the overall internet population over the next few years.”

Rural India’s explosive internet growth has been driven by rising smartphone penetration and inexpensive mobile data. The market grew new users by 18 percent riding on the data revolution triggered by Reliance Jio (which launched in 2016).

Telecom experts believe that Jio has taken Google closer to its Next Billion dream. It reduced the per GB cost of data in India to less than half a dollar. Globally, India now has the cheapest average 4G rate at $0.26 per 1GB, according to Mary Meeker’s Internet Trends Report. India’s 4G penetration now stands at 88 percent.

The country’s most urbanised city Mumbai has the highest Internet population of 13 million, while Delhi-NCR tops at a state level, according to the report.

Two of India’s fastest-growing internet states last year were Jharkhand and Bihar, which witnessed 48 percent and 36 percent increase in internet population respectively. This is higher compared to all other Indian states.

Overall, Eastern India saw a 24 percent spike in its internet population in 2019, according to the report.

Of India’s overall internet population, 433 million users are above 12, while 71 million are in the age bracket of 5 to 11. The latter access the internet on devices owned by their family members. Only 15 percent of the users are above 40.

One of the marked differences in India’s internet user base in recent years has been the inclusion of lower-income households across urban and rural areas. Nearly 30 million new users came in from SEC C/D/E, of which 23 million were in rural India.

While India may have managed to bridge the digital divide, the gender gap continues to be glaring. Only 35 percent of the users at an all-India level are women.

If the numbers are split by urban and rural areas, the inequality is even wider. Only 31 percent of rural women have access to the internet vis-a-vis 40 percent in urban areas.

The only speck of light lies in the fact that India is adding more women than men to the internet ecosystem each year. The growth rate in female users (21 percent) is higher compared to male users (nine percent), according to IAMAI-Nielsen.

A more balanced gender ratio (58:42) was recorded among users in metros. Chennai even bettered the metro average with a 55:45 split between male and female users.

Most Indians access the internet on their smartphones. It has become their “device of choice” across rural and urban locations. As a result, the country has compelled global tech companies to formulate a mobile-first strategy for the market.

“The bulk of the internet traffic is routed via mobile data packages. With cheaper availability of data plans across operators now, 4G has become the most preferred choice of connectivity. While 2G and 3G are shrinking and internet users are moving towards 4G, adoption of 5G will be critical for internet penetration in India [in future].”

About 68 percent of the desi internet population consists of daily active users. In urban areas, it is even higher at 77 percent. More than 91 percent of these users access the internet at home. Consumption while travelling is more prominent in metros, especially in Mumbai with 50 percent of users going online while in transit.

In rural areas, however, the situation is reversed. “Challenges like connectivity, quality of service, and affordability of mobile internet still persist in rural India, which makes it difficult for users to access the internet while travelling,” IAMAI states.

Social networking and instant messaging are the top activities on the Indian internet. Nine out of 10 users partake in it. It is followed by entertainment (including music, movies, and videos), news (reading and watching), and email.

While half a billion has been scaled, for the next half billion growth, initiatives like the National Digital Communication Policy are expected to play a key role. It will not only expand India’s digital footprint, but also propel it to a $1 trillion economy.