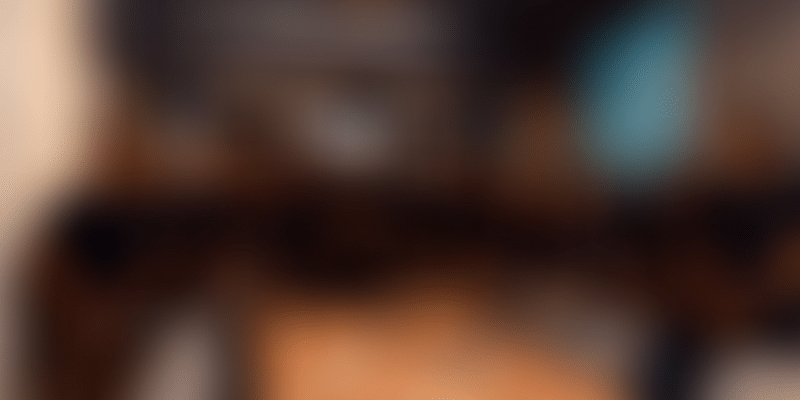 Anindya Datta sees himself as a “classic tech entrepreneur”. His journey started at IIT-Kharagpur in India, and continued through his MS and PhD degrees from the University of Maryland in the US.

In the early 2000s, he launched enterprise software startup Chutney, which was backed by VC giant Kleiner Perkins. Anindya sold Chutney to Cisco in 2005, and pocketed a sizable amount of money that would last him for the next few years.

Sometime in 2011 as the usage of smartphones peaked and apps became an all-new universe, he turned his attention towards mobile audience measurement.

“The idea was to build a third-party search engine for apps. We wanted to call it Appwalla, but the domain wasn’t available,” Anindya Datta, Founder, CEO and Chairman of Mobilewalla, tells YourStory.

Mobilewalla would collect massive amounts of data on smartphone usage and make it available to enterprises that were looking to target mobile audiences.

“Nielsen had done something similar for TV, and Comscore had done for the web. We wanted to do that for mobile — the core proposition was to build audience systems to drive mobile advertising,” the founder explains.

That was the first incarnation of Mobilewalla, which was founded in 2013. With adtech becoming a huge sector, its data helped enterprises target consumers selectively and efficiently. Adtech unicorn InMobi became Mobilewalla’s first paying customer in 2015.

But investor sentiment in adtech started dipping in late-2015. “We wanted to do something outside the adtech space and create offerings for generic enterprises,” Anindya says. And that is when Mobilewalla in its current avatar was formed.

What is Mobilewalla and what it does

The platform collects demographic, behavioural, and systems-usage data from nearly 1.3 billion consumers across the world. Its data insights are used by major B2C enterprises in sectors like telecom, fintech, ecommerce, FMCG, retail, and market research.

The micro data sets it offers are integrated by businesses in their operations with the aim of growing customer engagement, ramping up revenues, and improving other business outcomes.

“We collect a lot of consumer behaviour data, what media they consume, what apps they download, what devices they use, the telecom carriers they are on, and more. Then we put all the data together to create nuanced, anonymised portraits of consumers, and provide it to enterprises.”

The Atlanta-based startup has clients in over 31 countries, with offices in India (headquartered in Kolkata), Indonesia, New Zealand, UK, US, Japan, and Singapore.

The urgent need for data-tracking solutions in COVID-19 management has suddenly opened up all-new opportunities for players like Mobilewalla, whose primary tech hinges on capturing consumer behaviour on mobile devices.

Even though the demand for data is rising globally, the dearth of granular consumer insights in India is even more glaring. Mobilewalla has come up with a fix.

Fighting COVID-19 with data and AI

Because the coronavirus spreads via direct (and even indirect) human contact, the potential scale of the spread is enormous.

And, in the absence of prevention and cure methods — a vaccine could still be a year away — mitigation is the only way in which the pandemic can be managed at present.

The traditional approach to mitigating virus spread is “contact tracing”, which includes tracking movements of infected people to identify who came in contact with them. But the scale of COVID-19 has made it challenging to map the spread accurately.

Mobilewalla believes that the use of data and AI could be effective in this scenario. Data solves two core elements in pandemic mitigation: contagion tracking and infection prediction. While a host of apps and solutions have already mushroomed to solve the former problem, there is still a dearth of predictive modelling.

“Infection prediction is incredibly important because all the operational planning and resource allocation of countries is based on that,” says the founder.

Mobilewalla has created AI and machine learning models to predict infection and mortality rates across geographical clusters. The data aids in risk assessment of locations, and helps authorities understand the movement of infected individuals.

“We have built a class of social isolation metrics that captures an individual or an area and whether they are conforming to the distancing rules. There will always be a small number of rule violators, and we help identify those cases. Then, we aggregate the data collected into geo-granules to form area trends. This helps us determine the risk profiles of every population cluster.”

In India, it is in talks with MeitY and key stakeholders in the government to power the Aarogya Setu app. The app launched a month ago, and has over 90 million users.

Anindya says, “The Aarogya Setu app works only if information is keyed in. But AI is immune to people feeding data, and can work on giant expanses of the population even without that. So, even if your GPS is turned off, you should be able to know if you’re entering a risk area depending on the infection prediction shown by the app.”

“It is massively useful in India... you can also find out if your domestic help is coming from a red zone or very heavily infected area,” he adds.

Mobilewalla turned its first profit in Q2 2016, and closed Q4 2019 with $4 million in the pocket. Its ARR for 2019 stood at $14 million. The startup was projecting a growth of almost 80 percent this year, until the coronavirus outbreak happened.

“All those projections are gone now. We’ve been hurt like every other company,” says the founder. “But we’ve not done layoffs anywhere in the world,” he adds.

The startup’s clients are distributed across North America (especially in the US) Asia-Pacific led by the SAARC countries, Indonesia, Malaysia and New Zealand.

Most of its revenues come from long-term licensing deals (the conventional SaaS model) with “recurring customers”. The rest are from one-off engagements with what it calls “1X customers”.

In India, one of Mobilewalla’s biggest customers in India is FMCG giant ITC, which uses the data for consumer segmentation and modelling. “One of the best uses of our data is also being seen in the credit assessment space. Fintech companies are using it to improve their credit lending models,” Anindya reveals.

Initial funding was led by the India Angel Network consisting of top angels like Rajan Anandan and Sharad Sharma. In 2013, it raised a Series A round of $4 million from Seattle-based Madrona Venture Group. The Series B round happened in 2018, with the startup raising $12.4 million from North American PE fund GCP Capital Partners.

With VC funding reaching a multiple-quarter low in Q12020, Mobilewalla hopes to plan its “churn and burn” judiciously. “There is no increased optimism, and we expect revenue growth to be flat compared to last year,” says the founder.

He adds, “Business will be dependent on how soon places open up. The US has been trying to open up and the initial results aren’t encouraging. So, if there is a second wave of infections, lockdowns will have to be reinforced.”

Never before in almost a century has the future looked so uncertain!