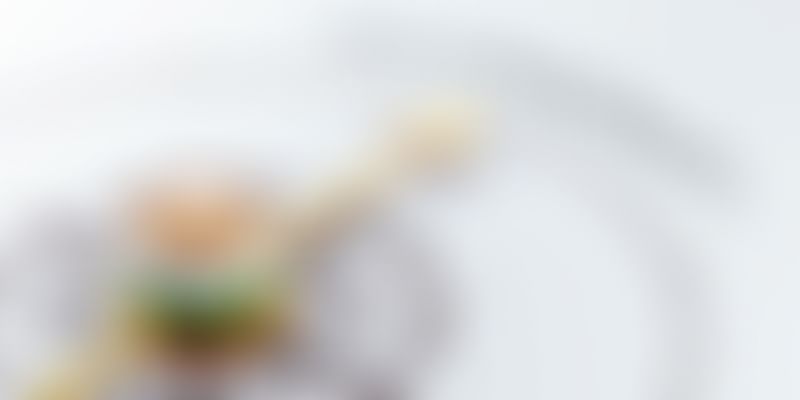 The coronavirus crisis is said to be plunging the world into a recession. No country is insulated from its horrors. But, what does it mean for Indian businesses and consumers as they go through an extended lockdown?

The coronavirus pandemic occurred at a time when the world was already sailing through troubled waters – rising crude prices, slowing economies, depreciating currencies, increasing trade tensions, loss of employment, work visas, and so on.

India, which was already going through its longest spell of GDP decline in almost three decades, is far from flattening the curve. The nationwide lockdown is estimated to have wiped off Rs 7-8 lakh crore from the Indian economy, according to Centrum Research.

If the lockdown is extended further, economic troubles will only be compounded.

The World Bank estimates that India's GDP growth rate will fall to 1.5 percent to 2.8 percent in the current fiscal (FY21). That would lead to the slowest GDP growth rate since economic liberalisation in 1991.

The three major contributors to India’s GDP — domestic consumption, investment, and external trade — have all been severely impacted by COVID-19. Analysts believe that a “severe demand shock” is under way, particularly across discretionary spending.

“There’s an urgent need to mobilise resources to stimulate the economy for increased demand and employment,” they say.

By now, it is fairly evident that the present crisis is fundamentally different from past recessions. Or as KPMG describes it in a recent report, “This is not just another turn of the business cycle, but a shakeup of the world economic order.”

“Among the most striking consequences of this pandemic have been the game-changing impact on our social behaviour, as well as on legacy networks and patterns of economic activity. Speed, agility, and innovation are required from governments, businesses, and society in crafting responses to cope with this evolving new normal.”

Where does India stand in all this mayhem? Let’s find out.

Consumption of non-essential items is expected to go through a “steep” reduction curve in this quarter.

These include transport, communication services, consumer durables like TVs, ACs, etc., spends on recreation and culture, hotels and restaurants, travel, and even education and skilling.

“Weak domestic consumption and consumer sentiment will have firms delay their investment, which will in turn put additional pressure on growth,” KPMG shares.

With increasing job losses and pay cuts across industries, non-essential spending will be hit further, and big businesses will be affected eventually.

But, the sustained disruption of domestic supply chains and the increasing non-availability of these items, will lead to inflation in the mid-to-long-term.

Impact on informal economy and MSMEs

The pressures on India’s informal economy and daily-wage earners are manifold.

Within days of the lockdown,  the internet was flooded with heart-wrenching images of India’s migrant workers fleeing big cities to their native lands — in hordes, undeterred by elite concepts like “social distancing” and “stay at home”.

Even though the government has announced a Rs 1.7 lakh crore relief package under the Pradhan Mantri Garib Kalyan Yojana for migrant workers and those below the poverty line, this situation is expected to worsen now that the lockdown is extended till May 3.

Labour force surveys indicate that 37 percent of salaried employees in urban India are informal workers engaged in non-agricultural sectors. They are faced with uncertainties and job losses due to the complete stalling of industrial and economic activity in places like Maharashtra, Gujarat, Delhi, Punjab, and Rajasthan.

“The income shock to migrant workers has resulted in a massive reverse migration, the effects of which will only unravel over time,” KPMG says.

Because of rising uncertainties in contractual labour, MSMEs also stand to be impacted. Exports, which account for a large chunk of MSME earnings, are expected to fall as the US and Europe are reeling from the impact of the coronavirus.

“There will be a cascading impact even after the lockdown restrictions have been eased, owing to global slowdown in demand. Wage labour will get impacted more leading to layoffs, unrest, and lowering of purchasing power,” KPMG adds.

Consumer retail and internet businesses would be less affected because a majority of their offerings fall under “essential items” as outlined by the government.

Ecommerce-based deliveries will continue to go up. Non-discretionary spends on categories like durables and high-ticket electronic items are likely to go down.

The supply of agri-commodities is expected to be normal in the short term but the larger impact will be known only over the next quarter, according to agri experts. Government policies on transport and logistics will also play a huge role in the pricing.

However, export opportunities in non-China countries are likely to open up. But, supply chain inefficiencies need to be ironed out and the entire labour workforce needs to be aligned to work for essential services, according to KPMG.

India’s public health expenditure is projected to go up from 1.28 percent to 2.5 percent of GDP by 2025.

The prices of key drugs and self-hygiene products including sanitisers, masks, gloves, disinfectants, handwash, etc. will see a steep increase until production is able to match the inordinately high demand. Post COVID-19, consumer demand for health insurance is expected to increase.

However, the closure of health services (except emergency ones) has impacted cash flows for private healthcare operators, leading to salary cuts and layoffs.

The prices of medical and pharma equipment, especially imports from China, are also expected to go up. This might, however, give a fillip to homegrown innovation and government incentives for medtech startups.

Telecommunications, the backbone of India’s internet economy, is likely to be dented when it comes to new technology development.

“The much-awaited 5G auctions will be hit as operators are now focusing on servicing current demand surge and improving quality of service,” KPMG says.

Also, with consumers postponing their non-discretionary spends, the demand for new mobile handsets and subscription-based services could also go down.

Coronavirus: 8 tools and resources to guide you on COVID-19

One of the worst hit sectors is apparel and textiles, which employs over 45 million (in direct jobs) as well as a sizeable number of contract labourers.

The lockdown has led to temporary closures of factories and lay-offs of low-wage earners. The sector is also grappling with a sharp decline in yarn exports and cheaper imports.

However, experts say this will open up local sourcing opportunities for garment manufacturers, which will lead to a reduction in prices once the markets open up.

The automotive sector, which went through one of its lowest phases in 2019, is severely hit too.

Manufacturing unit shutdowns coupled with falling discretionary spends of consumers (who are postponing their vehicle purchases) have brought this sector to a grinding halt. The availability of contract labour is also a concern.

India’s auto sector is also dependent on China for nearly 25 percent of its automotive part imports. “Disruption in supply of raw material and other critical components have hit that,” KPMG says.

The other big industry witnessing a bloodbath is travel and tourism.

The Indian Association of Tour Operators estimates that the hotel, aviation, and travel sector put together may incur a loss of about Rs 85 billion due to the restrictions imposed on foreign tourists.

The sector is reeling from large-scale cancellations and a complete pause on domestic operations. Both outbound travel and inbound travel to India are expected to be at an all-time low this year.

KPMG states that the “impact is likely to be felt on both white and blue-collar jobs. The entire aviation industry value chain including airlines, airports, ground handlers, cargo operators, fuel suppliers, Maintenance, Repair and Overhaul (MRO) service providers, travel and hospitality industry will be severely impacted”.

Among the top COVID-19 infected nations, China is India’s largest source of import. As a result, delay in imports from that country or additional custom duties will lead to a shortage of both raw materials and intermediate goods for Indian companies.

Firms that utilise these commodities will face hindrances in R&D, operations, new investments, and product launches. Additionally, the shutdown of factories and manufacturing units will increase the pressures on an already hassled supply chain.

However, the overall impact of China on the Indian economy could be muted.

“While a disruption in output in China could impact some Indian industries, the economy at large may be relatively insulated, given its low reliance on intermediate goods from there as well as the common practice among Indian firms of stockpiling inventory.”

Old Indian habits might just come in handy in these trying times.

Light at the end of the tunnel?

Despite the bleak future ahead, the United Nations Conference on Trade and Development (an intergovernmental body) believes that India might be one of the two “major economies least exposed” to a global recession.

In fact, analysts also believe that India’s economic recovery will be “smoother and faster than that of many other advanced countries”.

How social commerce startup Mall91 wooed small-town India, and is now reinventing to deal with coronavirus

However, the business landscape post the pandemic will look vastly different.

According to KPMG, there would be a significant shift towards localisation, a greater push for digital, supply chain resilience, companies opting for liquidity, and the emergence of variable cost models that can absorb crises better.

With global economies expected to adopt de-risking strategies, they might shift their manufacturing bases outside China, thus creating exciting opportunities for India.

“But the extent to which this opportunity can be leveraged is dependent on how quickly the economy recovers and the supply chain issues are addressed,” analysts say.

As countries come to terms with the pandemic, “it is evident that we are staring at more permanent, structural changes in the way we live, work and play,” KPMG says.