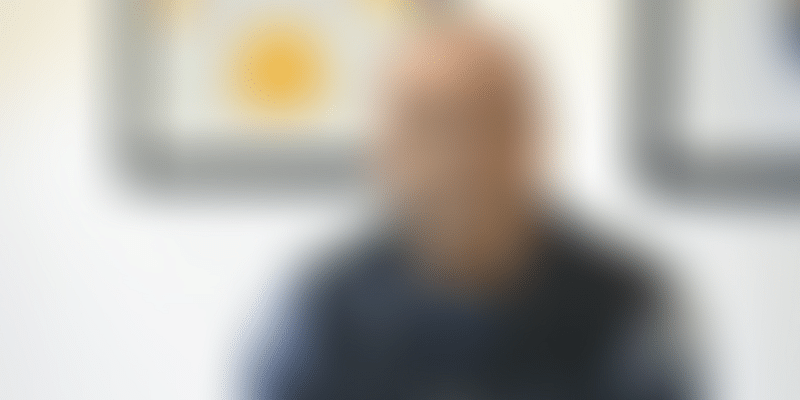 Delhi-based Dare2Compete is an online student community that helps businesses connect with students for internships and recruitments. Since the lockdown, the company has helped place nearly a thousand students.

With exams postponed or cancelled, and internships coming to a grinding halt because of the coronavirus pandemic, students have been forced to sit at home, wasting their time when they could have been gaining valuable work experience.

Most companies have instated a blanket freeze on hiring activities, but with layoffs running into the hundreds and thousands, internships could help redistribute some pressure on employees. Delhi-based Dare2Compete is a company that’s helping businesses, as well as students, connect with each other for internships.

“The pandemic has pushed the academic calendar back by a few months, and hence the activities planned around it. But, since D2C is a digital platform, it can solve various problems faced by students community and its stakeholders,” says Ankit Aggarwal, Founder and CEO of FLIVE Consulting, which runs and owns Dare2Compete (D2C).

“We are acting and reacting to the needs of our community, which we have painstakingly built and nurtured over the past four years. We launched our internship and jobs segment in March 2020 to aid all the students who lost their internships and jobs due to companies cancelling their offers after COVID-19,” he adds.

Currently, D2C’s recruitment platform is being offered to companies and students for free, in the interest of the student community. In three weeks since the lockdown started, the startup says it has been able to provide placement to close to 1,000 affected students.

D2C was formally set up in 2016 as a one-stop-shop to meet the needs of students during their academic journey. It was conceptualised when Ankit, now 35, was still completing his master’s in business administration from the Institute of Management Technology, Ghaziabad.

“We aim to cater to all the elements and needs of the ecosystem that comprises students, institutes, and companies as stakeholders,” says Ankit.

On the flip side, D2C helps facilitate communication between companies and the student community to help them hire the best talent available, as well as fulfil objectives like employer branding, hiring, and driving brand and product adoptions.

Ankit claims that D2C has become one of the largest student communities across domains, engaging with students from B-schools, engineering colleges, and other graduate colleges. It says it has more than a million active registrations from more than 10,000 colleges.

Some of the companies D2C works with include Reliance Industries, Aditya Birla Group, PepsiCo, Hindustan Unilever (HUL), Flipkart, Amazon, Ola, RB, and Asian Paints, among others.

Ankit Aggarwal started his career with Sapient right after his engineering, and then moved on to Deloitte as a strategy consultant, post his MBA.

“I was part of the leadership team at Teach for India, and an evangelist with Salesforce before taking the entrepreneurial plunge in 2016 to transform Dare2Compete into a full-fledged business with a dedicated team,” he tells YourStory.

Ankit recalls that as a student, he was always interested in various competitions, but because of his busy schedule, information about upcoming events would never reach him on time.

“I thought of starting a blog to get all the information from organisers real-time. Slowly, when I realised that there is a new category that I can build around employer-branding, and a single platform for student needs, I jumped in. Nothing similar existed until that time,” says Ankit.

He soon converted his blog into a proper company, and hasn’t looked back since.

The blog turned from a site which listed all student competitions that were happening across the country, to a company that offered a wholesome suite of recruitment services.

“There is no other player in this segment that has all the array of services and products that we have, along with the vast student network, our strongest competitive advantage,” says Ankit.

He adds that D2C started as an information platform to engage students in 2016, and then expanded to a self-use technology platform the next year to allow students to list their competitions and themselves, thus helping it become the largest student community in India.

“We also expanded our portfolio of business simulation games that year, and now it stands at more than 25 simulations, across domains such as strategy, marketing, operations, finance, and HR, among others.”

In 2018, the company rolled out ticketing and payment services to facilitate online transactions between its clients. In the same year, D2C took up end-to-end execution of gamified properties, including conceptualisation, marketing, media tie-ups, and online and offline implementation.

“Last year, we launched our Hackathon platform alongside our digital campus recruitment platform to mark ourselves as one-stop-solution in this segment,” says Ankit.

[Startup Bharat] This scientist-turned-entrepreneur is digitally empowering over 100 schools in India, Middle East

In terms of competition, Ankit claims that D2C is the only one with a variety of services and products as it caters to all the student segments across B-schools, engineering colleges, and graduate colleges. However, he says that D2C has competitors in each vertical that it caters to.

"In business simulation games, we fight with companies like Knolskape. Hacker Earth, Hacker Rank, and others are considered by our clients while thinking through hackathon or coding challenge related properties. In internships, jobs, and recruitment services, including assessments, we are now competing with IIMJobs, Internshala, Mettl, Aspiring Minds, etc. And, in our consulting services, we compete with HR teams directly along with their branding agencies," says Ankit. But D2C stands out because of its strong student network, he adds.

The company's revenue comes primarily from three sources. "First, we charge companies to use our technology platforms, including business simulation games, hackathons, quizzes, and digital campus recruitment. Second is through promotions and advertising of various existing brand engagements and properties. And, third is through our consulting services, where we help our clients to create their employer branding roadmap for campuses across domains and then help in execution," tells Ankit.

“There used to be only a handful of corporate campus engagements in 2016, less than 20. Last year, there were more than 130. In FY20, we had more than 8,000 opportunities listed on our platform,” Ankit quips.

As of end-April, 2020, the company had more than a million registered students across India, who used the platform for and an average session of 20 minutes.

FLIVE Consulting is bootstrapped and, interestingly, has never reached out to investors.

“We believe in bootstrapping and investing profits in growing the company and scaling it up,” says Ankit. He adds that as the company is expanding into new verticals and geographies, it may look at external funding. D2C is also looking to expand outside India sometime this year.