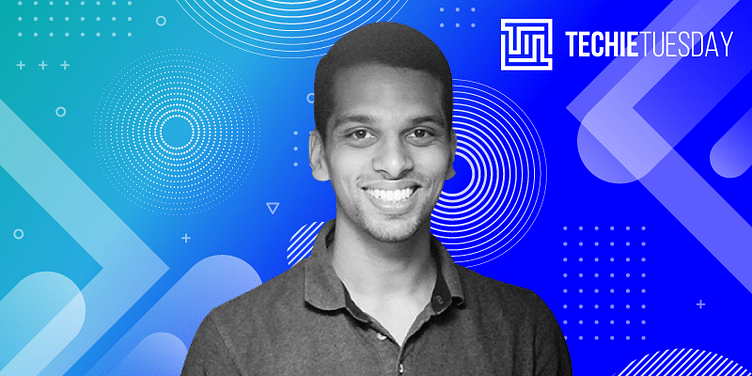 This week, we feature Kailash Nadh, the CTO of Zerodha. Kailash has been responsible for building the core systems for India’s largest online brokerage.

Kailash Nadh is not the typical techie we come across. A techie without an engineering background, he has always believed in the practical use of coding and learning from building things.

Even today, as the Chief Technology Officer of ﻿Zerodha﻿, India’s biggest online broking firm, Kailash, while hiring for his team, does not look at what institute the candidate has graduated from, but looks at what they have built, and what projects they have been part of.

“I have only hired hackers - people who have tinkered around. If you want to be a good developer, embrace the hacker culture, build, break, and tinker things for fun,” says Kailash.

From coding at the age of 12 to building several open source projects and blogging platforms in his early years, Kailash has come a long way. During his college days, he also started running many online services, and started Boast Machine, which powered several hundred thousand blogs across the globe at its peak.

But despite all the success, he never stopped. Looking at his achievements, one can say that one of the interesting things about Kailash is his ability to consistently create products, which are used by the masses.

As the CTO of Zerodha, he is currently building investment and trading applications for end users to make investing easier, and says he continues to code even today.

In this week’s Techie Tuesday, we explore Kailash’s journey, where he says he is fortunate to be doing something exactly what he has always enjoyed doing — developing, tinkering, and experimenting.

Kailash first set his eyes on computers when his father got a computer home in 2001, when he was 12. His was one of the very few households in Calicut, Kerala, that owned a computer, and it was then he started coding.

However, his first tryst with computers happened in school in the late 90s. “We had just learnt Windows and had started typing,” recalls Kailash.

While Kailash’s father, who worked at BPCL, believed computers and the internet to be the future of education, 12-year-old Kailash did not think on the same lines. For him, it was just something to tinker and work around with.

From tinkering to coding

When he was all of 15, Kailash started Boast Machine, an open source blogging engine, which was downloaded over a million times, and powered half a million blogs on the internet at its peak. However, its active development ceased in 2007.

In 2004, Kailash built a shopping deals and comparison website called Shophigh. A year later, he worked on Vine, an advanced blogging and social network platform that was meant to be the successor to Boast Machine, but that got terminated in 2005 itself.

Since then, he has been doing some project or another, and the last time he did a project on open source was in November 2019. “Coding is a part of everyday life. Also, when I started, the internet was new and you can say that anything I did would find an audience,” says Kailash.

After Class 12, Kailash felt the regular engineering degree was not meant for him. “I had figured that it was four years of toil and it wouldn’t give me time to learn and code. It was all about rote learning,” says Kailash.

But Kailash was not very sure what he wanted to study. After a chat with his cousin, he decided to come to Bengaluru, and was offered an admission for a BSc in Computer Science. But life had other plans for him.

“It was a difficult night to make that decision. For whatever reason, I decided to return home. I wasn’t convinced with it, and so went back to Calicut. It was then one of my schoolmates messaged me and suggested I look at the UK. Until then the possibility hadn’t occurred to me,” says Kailash.

He soon started exploring universities in the UK, and read about Middlesex University. Kailash wrote to them and shared his projects. He got a partial scholarship, and landed in the UK in 2005.

Life in the UK

For the first three years in the UK, Kailash focussed on his course in Computer Science, and worked on finishing it faster. “My attendance was poor because I would keep building projects, and I would go to the university only once every two days,” he says.

“While in India, I had started making money as a freelance developer online. I realised that I could work online and get paid in dollars. I got my first cheque of $99, and my mother was shocked to see that. All that was pretty handy in the UK, and I worked on several small projects,” says Kailash.

He adds that working non-stop had become a part of his life. Kailash used to manage all his expenses with the freelance money, and says he was semi-professional in coding and programming.

“I think I was just lucky. Sometimes you need that odd event or random phone call for things to fall in place, and have odds in your favour. But the harder you work, the better chances of odds being in your favour increases,” says Kailash.

By around 2007, Kailash had good grades, and fast-tracked some semesters. He even started helping people with programming course work. “I was known as the ‘Indian’ guy who could code, and it was then someone told me about Dr Christian Huyck, and that he was looking for undergrad students for research work,” says Kailash.

After an email exchange, he met Dr Christian, an AI researcher. “I had zero experience with AI tech. Christian was a bit unconventional, but brilliant. He gave me a project on Hebbian Cell Assemblies. It worked on simulation of biological networks with AI. We worked on the project and co-authored a paper,” says Kailash.

By now, Kailash realised that if he wanted to do his Master’s, he would need a lot more money. But he also realised that he was a true-blue hacker.

“I was ready to go back to India, but then, Dr Christian called me and asked if I wanted to do a PhD. I did not have an idea. But in the UK, if you had a good undergrad run, and the university was convinced, you could skip your master’s and join PhD,” says Kailash.

So, with a partial grant from Dr Christian and the Middlesex University, Kailash went to do his PhD in Hebbian Cell Assemblies, AI, and Computational Linguistics. “I was getting a good stipend, but I was addicted to building new things and programming,” says Kailash.

“I liked building models in computers, but I loved my hacker life and the ability to build whatever I felt like. So, despite having a strong track record and the university wanting me to do a post doctorate, I left academia,” he says.

“I think I am extremely conflicted and indecisive, but I work with what feels right.”

So, after six years in the UK, Kailash packed his bags and returned to Calicut in December 2011. He says, while the UK expanded his view of the world, he wanted to come back and continue being a hacker and a freelancer.

“The internet in Calicut was terrible, and when my cousin told me the internet in Bengaluru was good, and I got on a bus and came to the city,” says Kailash.

Initially, Kailash did freelancing and hacking. “I would sit at home and build stuff,” he says.

In 2012, another coincidence happened. His college friends who were with him in the UK reached out to him. One of them was a trader in Mumbai and wanted help to build an investment app. “It was again a random message on Facebook from a school senior,” says Kailash.

For Kailash, trading and investment was completely new. And it was then they came across Zerodha. “We had never heard of a stock broker called Zerodha. The website was not very appealing, but we nevertheless met Nithin (Kamath),” says Kailash.

They found that Nithin was open minded and had a great vision for brokerage. But the app they were planning didn’t work in 2013, as they didn’t get the approvals. Kailash went back to the drawing board, and everyone went their separate ways.

But Nithin and Kailash were in touch, and Kailash started learning about the stock market. “I was shocked that modern tech didn’t exist, and all platforms sucked and didn’t have any ubiquitousness. So, I sat with the risk management teams and built the process,” says Kailash.

Once a hacker, always a hacker

The focus was clear - building investment and trading applications for end users to make investing easier, and creating a robust internal stack to allow stock broking to operate at scale.

“I’ve always been a developer, and I only know to solve problems with tech. I had no idea of markets and trading. But when Nithin spoke to me, the idea of building new things excited me,” says Kailash.

And from there, there was no looking back. What starting with one person, even today, the team is very small, with just 30 people.

“We first built something, and only when we needed more hands did we bring someone else. Hiring was and still is very informal. I can relate only to hobbies developers have built. I am still a hobby developer, and it is an unhealthy addiction,” Kailash signs off.