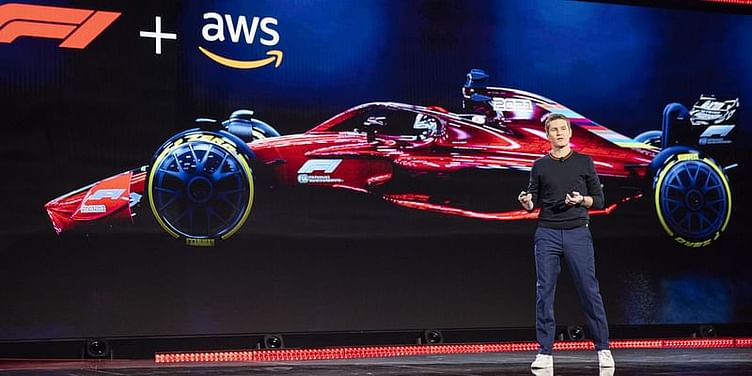 First of six real-time racing statistics to debut at the opening of Formula 1 Grand Prix at Spielberg in Austria from July 3 to 5, giving fans more insight into the action on the track.

What does one do with 70 years of data on car racing programmed into a machine? Perhaps, the only possible outcome is to engage fans better and make their experience in sport a living experience. In these times of COVID-19, the idea of sport as a public event has moved from the stadium model to the screen model and so Formula 1 is moving from the race tracks to the screen and it will use 70 years of data on a real-time basis to engage fans better.

With 300 sensors on each F1 race car generating more than 1.1M data points per second transmitted from the cars to the pit, Formula 1 is a data-driven sport. Imagine if these performance statistics were available to fans – the experience would be almost like  magic.

This allows racing fans to see how their favourite drivers can be compared with other drivers in history, dating back to 1983, to help determine the fastest driver of all time.

Rob Smedley, Chief Engineer of Formula 1 told YourStory that data is going to drive the new season of Formula 1 with great fan engagement. “Data has been used in F-1 for a long period of time. It has improved team and driver performance. Now if this data is available for fans to compare driving speeds and car performance, broadcasters can engage F-1 fans better,” says Rob.

This fan experience will be delivered through Amazon Web Services (AWS) and Formula One Group. They are introducing six new, real-time racing statistics that will roll out through the 2020 season, beginning with the launch of ‘Car Performance Scores’ at the opening of Grand Prix in Spielberg, Austria from July 3-5.

AWS machine learning will enable fans to compare their favourite drivers and cars and better predict race outcomes. This data will be available real-time and then presented to F1 global TV viewers.

“There are 500 million people tuning into a Grand Prix each time. It is arguably the world’s greatest sport. In that context, we want to make F1 more entertaining, intriguing, and engaging. We have a strategic vision. In 2021, we are going to make seismic shifts and changes in the technical regulations of the sport.

"We engaged our fan base and asked them what they want. Our fans want to see wheel-to-wheel racing, the way drivers compete with each other. Those are iconic moments for fans,” says Rob.

The new Car Performance Scores will display as an on-screen graphic that provides fans with a complete breakdown of a car’s total performance using four core metrics: Low-Speed Cornering, High-Speed Cornering, Straight Line, and Car Handling. The graphic will illustrate how those metrics can be compared from one car to another, enabling race fans to gauge a given car’s relative performance in those different areas and see where each team and driver is leading the pack or losing crucial time to their rivals.

F1 and AWS previously announced six F1 Insights, including Exit Speed, Predicted Pit Stop Strategy, Pit Window, Battle Forecast, Pit Strategy Battle, and Tyre Performance, and will roll out six additional ‘F1 Insights powered by AWS’ stats as on-screen graphics from July to December of this season, offering fans more visibility into the split-second decision-making and action on the track, as well as behind the pit wall where the team strategists operate.

Mike Clayville, Vice President, Worldwide Commercial Sales at AWS said, "Formula 1 racing mixes physics with human performance, yielding powerful, but complex data that AWS is helping them harness. Our existing relationship with F1 has already produced statistics that have brought fans into the race paddocks, and our study of race car aerodynamics is influencing vehicle designs for the 2022 season.

“This year, we are thrilled to extend the power of F1 data in the cloud and unlock new insights that help fans understand more of F1’s rich complexity.”