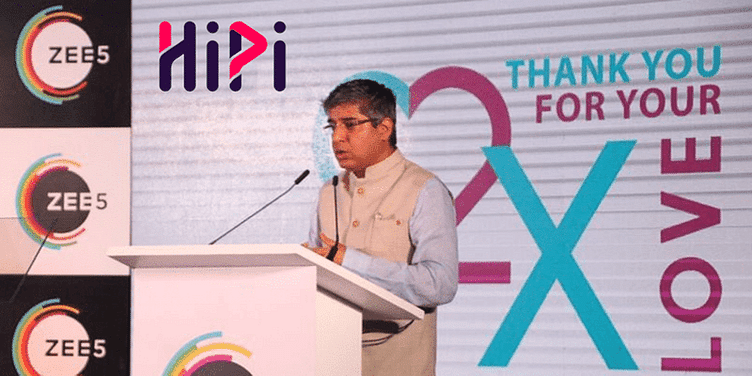 There is no better time to launch a short-form video platform than now. After the Indian government's blanket ban on 59 Chinese apps, including the ubiquitous TikTok, users will, of course, be looking for alternatives.

Meet HiPi, a short-video creation platform launched inside the ZEE5 app. At its second anniversary celebrations in February, the OTT operator had announced that its short-video platform would offer up to 90-second videos created by celebrities, influencers, and users.

HiPi had been in the works for a while, and was called Hypershorts earlier.

"Made for an Atmanirbhar Bharat, ZEE5’s innovative and exciting platform called ‘HiPi’ is a place where India can create the most ingenious and exciting content with the help of state-of-the-art features... It is the destination for all things entertainment and a platform for fandoms and storytellers which they can call their own," the company said.

Unlike TikTok, which caps lip-synced videos at 15 seconds, HiPi videos will be over a minute long. It will be free to begin with, but HiPi's ad-supported format could give way to a subscription-driven service integrating it more closely with ZEE5.

Explaining the essence of its new offering, ZEE5 stated,

"The name HiPi comes from the vision of a youthful and carefree planet where everyone can express themselves with freedom and confidence. A fun place where users can uninhibitedly and unapologetically be themselves without the fear of being judged. ZEE5’s HiPi is driven by the vision to encourage self-expression and it aims to unlock the potential talent that this country has by inviting talented and diverse content creators who are seeking a platform that encourages creativity and paves the way to stardom."

HiPi also takes ZEE5 closer to its vision of becoming a "super app of entertainment".

Tarun Katial, CEO of ZEE5 India, said, "We want ZEE5 to be the super app of entertainment, a one-stop destination for digital videos. We don’t want users to come to us only for long form and go somewhere else for short form. The digital ecosystem will make users come back more, and their habit formation with ZEE5 will happen."

ZEE5 is one of India's leading OTT apps with over a 100 million downloads.