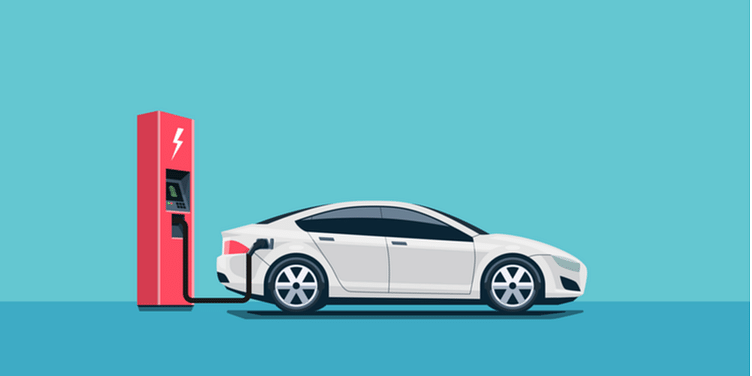 IOC has signed a non-binding strategic cooperation document with Sun Mobility, to explore setting up energy infrastructure for EVs through a battery swapping model across its petrol pumps in select cities.

India's top oil firm IOC on Friday launched a battery swapping facility for electric vehicles (EVs) at its petrol pumps, offering to replace discharged batteries with fully charged ones in just a couple of minutes.

Indian Oil Corp (IOC) will begin with a pilot of battery swapping at one of its outlets in Chandigarh, and gradually scale it up to 20 stations, Chairman Sanjiv Singh said at the launch.

Battery swapping technology offers the best alternative to slow charging, and helps the drivers make optimum use of the operational hours, he said, adding, the battery swapping model is initially targeted at commercial vehicles such as electric autos, rickshaws, and electric two-wheelers, and EVs that are either factory-fitted or retrofitted.

IOC is the country's top fuel retailer, controlling close to half of the market. But, it is now making a foray into EV charging. It has partnered with Sun Mobility for setting up battery swapping facility called Quick Interchange Station (QIS).

Any EV can drive into IOC's QIS pumps, insert fully discharged battery into a dispensing station, and get a fully charged one in just one to two minutes, he said.

All three/four batteries of EVs can be replaced with fully charged ones at the QIS. At the end of the process, a bill for charging the batteries will be generated.

The pilot QIS has 14 batteries, a touch-screen for swapping preloaded cards, and an electricity sub-meter. These QIS will play a pivotal role in providing an alternative energy solution to the three-wheeler segment, he said.

Singh said, only 4,000 out of 35 lakh vehicles sold last year were EVs. And, the time taken to charge these batteries is one of the reasons for low sales.

"While users may be receptive to switching to EV, they may not want to struggle through the cumbersome recharging process. This is where battery swapping comes into the picture," he said. "Not only will battery swapping eliminate the unnecessary waiting time for battery recharging, but it will also help with better land use, reduce the size of batteries in vehicles, and ensure an increased run time."

IOC has signed a non-binding strategic cooperation document with Sun Mobility, to explore setting up of energy infrastructure for EVs through a battery swapping model across its petrol pumps in select cities.

Three more QIS — one each in Chandigarh, Amritsar, and Bengaluru — will be set up under the pilot project. Further, cities like New Delhi, Gurugram, and other cities will also be covered under the pilot.

Speaking at the launch, Oil Minister Dharmendra Pradhan called for scaling up the EV ecosystem. "We must leverage modern technology to enable electric mobility to scale up in India, and make it more affordable."

Talking about India's commitment to clean energy, he said, "India, despite not being a major per capita polluter, has committed itself in the COP-21 to bring down the pollution levels in the country."

"In this direction, we are developing sustainable models of renewable energy, and taken many initiatives like the introduction of BS-VI fuels, spreading the network of CNG and PNG stations, making available LPG to a majority of the population, targeting 20 percent ethanol blending, producing biodiesel from used cooking oil, and widespread use of solar energy for mobility purposes," he said.

Lauding the initiative of IOC for the battery swapping service at one of the cleanest cities of the country, the minister said the oil marketing companies in future will not confine themselves to selling conventional fossil fuels, but also retail CNG, LNG, PNG, and act as the electric charging stations.