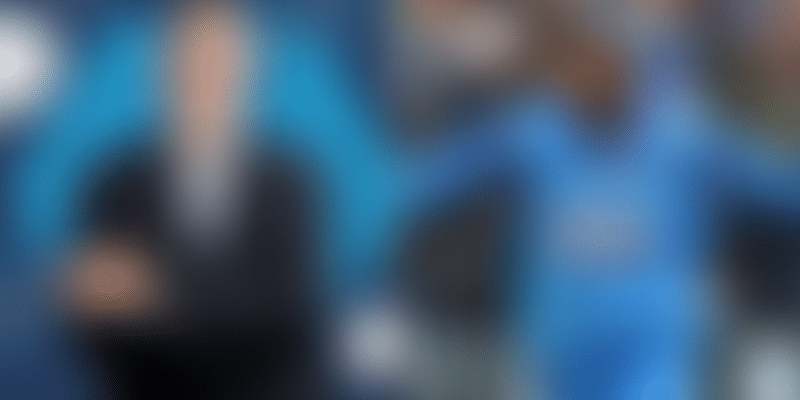 MakeMyTrip Founder Deep Kalra and cricketer Suresh Raina spoke of battling tough times on field and off it with calmness, discipline, and motivation from "seniors".

Traditionally, team sport and business have invited parallels. After all, both comprise people, performers, strategies, game plans, challenges, and opportunities.

A time like this, when businesses are battling for survival, underscores the importance of lessons from sport all the more.

In a fireside chat titled When the Going Gets Tough, The Tough Get Going – Lessons from the Field at TiE-Delhi-NCR's Smashup! event, MakeMyTrip Founder and Executive Chairman Deep Kalra caught up with Team India cricketer Suresh Raina to talk about ways sports can inspire and motivate entrepreneurs during a pandemic.

Kalra is, of course, legendary in India's startup ecosystem. He's also been ⁠TiE Delhi's President from 2013 to 2016. Raina, meanwhile, has served Team India in all formats of cricket since 2005, and was also a part of the World Cup winning squad in 2011.

Kalra quizzed Raina on what keeps him calm when the chips are down, and what it means to represent the country at the international level.

"There is a lot of pressure when you represent your country. But you need to take your time and believe that you can do this. Sometimes, you might feel ki mujhse nahi hoga (I can't do it), and those things can make you stop, but you have to hang in there. That is what builds character in tough times."

Raina, who's played close to 325 matches for India across ODIs, T20s, and Tests, is also one of the highest run-getters in the Indian Premier League (IPL). He has represented two franchises — Chennai Super Kings and Gujarat Lions — over 11 years.

But an untimely and debilitating knee injury in 2017-18 threw him out of action. The cricketer was ignored by the selectors, and even dropped from BCCI's annual contract.

However, a meaningful comeback is what makes a sportsman the inspirational figure they are. And, Raina is no different. He believes that he still has "some cricket left" in him.

"No one should make you feel that you are done. When I was undergoing knee surgery, I became very positive, and just wanted to go out in the field. That period improved my perception about life and I felt some sort of power in my head. I told myself that I needed to enjoy the process — whether I win or not. If you enjoy, then you can give your 100 percent to anything."

"Sometimes circumstances are such that you start doubting your own ability. But you need to come out of your comfort zone, and that needs effort," he added.

"Calm" leadership in a crisis

Kalra, whose business operates in the travel sector that has been crushed by the pandemic, spoke of the utmost importance of good leadership during a crisis. "You all sink or swim together. Only a founder cannot do it [manage a crisis]," he said.

"COVID-19 is such a crisis that it can set a business back by one or two years, but as entrepreneurs, you have to believe that you have it in you [to come back]. Sometimes we [leaders] become delusional, but you need to have coaches, friends, and confidants who can tell you to try a different approach. And in a crisis, one definitely has to be calm... The leader who panics in a crisis won't be able to do anything."

Raina concurred and also stressed on how good coaches and motivational "seniors" become critical in the journey.

"You should listen to your seniors. Gary Kirsten [India's World Cup winning coach] used to tell us 'Never get out in the nets. That's how you can improve yourself'. I became disciplined in practice and never played a bad shot in the nets," the 32-year-old batsman revealed.

He also spoke highly of his celebrated teammate Virender Sehwag, whom the cricketing world has dubbed a maverick genius.

"Viru bhai can handle himself, stay positive, and motivate youngsters. Back then, when we got money in IPL suddenly, he taught me how to stay calm, and guided me on how to invest. I also learnt a lot from Rahul bhai [Dravid], Anil bhai [Kumble], and Dhoni. A team captain or the owner of a company is the same...you need to sit with your employees and calm them down during a crisis."

The MakeMyTrip founder summed up the conversation by talking about sports in a post-pandemic world. "When do we see cricket back?" he asked.

"I would expect September-October, but we have to take all kinds of precautions," Raina said, adding, "The same ball goes to 11 players, so we may have to test every one or do something for the safety of the game until a vaccine comes about."

The full-day online conference 'SmashUp! 2020' was organised by TiE Delhi-NCR – a chapter of the global not-for-profit TiE. The speakers discussed the insights and trends around the theme ‘Opportunities for Indian startups to build global brands', and also spoke about being #VocalforLocal.