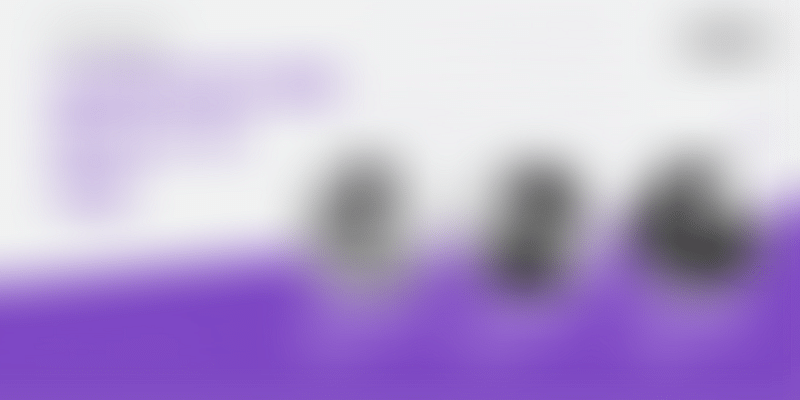 For as long as we can remember, 'Mitron' — meaning friends in Hindi — has been Prime Minister Narendra Modi's catchphrase. But, in the last few weeks, another Mitron has taken over India.

Hailed as India’s answer to Chinese company ByteDance-owned TikTok, Mitron's popularity could mainly be a result of recent controversies around 'objectionable content' on the former. Millions of Indians were uninstalling TikTok, and chose Mitron instead.

On June 2, Google decided to remove Mitron app from the Store "due to violation of its ‘spam and minimum functionality’ policy". However, the app was back soon enough and is now available for download on the Play Store again.

In an exclusive conversation with YourStory Founder and CEO Shradha Sharma, the co-founders of Mitron TV and the developers of Mitron deep dive into its sudden rise to success, the ethos of the app, and what lies ahead.

Shivank says that the duo bought the template for Mitron on Envato, an Australian online marketplace.

He adds, "Buying a template [for an app] is not new to the software industry. Major ecommerce platforms and unicorns have been doing this for a long time."

The two then modified the source code in order to fulfil their security and scalability needs.

According to Anish, all the data on Mitron are stored on Indian servers. He says, "We have also been consulting with top security experts in the industry to make sure that all our user-facing interface is secure."

It is no doubt that the short video making space is quite populated. From ByteDance's TikTok, which rapidly rose to fame in India to Dubsmash, Funimate, Tangi, etc., there is no shortage of competition. On top of that, monetisation in this space has been very difficult as well.

So, why did Shivank and Anish decide to enter this market? The duo list several reasons, and one of the top ones was to build an Indian social media platform — with Indian social guidelines.

Shivank explains, "We definitely don't want to compete with TikTok. We only wanted to have something for the Indian consumer, and we wanted to establish our own space... Indian consumers should be served by Indian platforms, and Indian data should always be secured on Indian servers."

He adds that he always had a desire for an Indian social media platform, which understands and abides by Indian social guidelines.

Shivank explains, "It pains everybody to see so many videos of hate and violence going on different platforms, which actually cease to abide by our own guidelines, our own law of the land."

Agreeing with his co-founder, Anish adds, "This is what has been the driving factor for us, and also the responses, which we get from our users. That acts as the fuel for our thought process that you know we are in the right direction and this is the demand."

Relying on user feedback really helped the two developers. Within seven days of launch, users started asking for an 'upload' feature. Soon, the demand for a 'support' feature followed.

Anish says, "We are seeing very dynamic reactions from users. So, any bug gets captured very soon. People give us missing features and the bugs on the platform. And as soon as we solve it, we see that the usage of the app also increases in that direction."

Adding that user feedback has been the sole source of solving for the customers, the two are observing the reactions to those changes.

So what is Mitron's USP? In a market — in India and abroad — dominated by a multi-billion dollar company like ByteDance, one that probably has the best resources and technology at hand, how will Mitron succeed?

Anish explains, "There are things we're focussing on. When we talk about India, it's a world in itself."

Highlighting India's diversity, he adds after every 100 km in this country, there is a shift in culture — from the way we dress up, speak, etc. But there is no platform to encompass this diversity, which is what Mitron TV hopes to capture.

"Our focus is to build that platform where you can see the true India," says Anish, "We want to be able to say, Dekho apna desh (see your country) from anywhere at any time on Mitron."

Going forward, the co-founders expect the platform to not only serve the entertainment sector but also the education one.

Right now, the duo is focussing on strengthening the platform, studying the demographics of Mitron's users, and the trends that are coming up. Eventually, the app will also go into vernacular languages, aimed at the larger populace and not just the urban English speaking users.

Both Shivank and Anish have very "Indian" foundation stories. The two come from small towns — Anish is from Chakulia, Jharkhand, while Shivank is from Jhansi, Uttar Pradesh.

They are both software engineers — Shivank from IIT-Roorkee, Anish from NIT Nagpur — who met while working at travel and tourism startup MakeMyTrip. While the two have very similar stories, Anish says they're quite different when it comes to their thought processes, something that has helped the duo work together even better.

"We actually argue about everything, and the good thing about this is that we're able to argue and come to a conclusion, which is what makes us a good team," says Anish.

With a shared dream of building something big for India, the duo launched Mitron TV earlier this year.

Bootstrapped so far, the startup is currently made up of only the two co-founders. They have not done any marketing campaigns so far, and this exponential growth has been solely organic. This has also helped them focus on the technology part.

The two are also looking for investors and raise money to hire people and for other costs. The co-founders laugh and say that a startup cannot continue to run on two people alone, and of course, the monthly running costs are quite high at the moment. And, as the aim was to keep Mitron clutter-free, it is not running any ads as well.

But as Anish says, it is not just about the money. The duo is looking for people who can advise and guide the startup into its next phase and beyond.

After all, Rome wasn't built in a day.