Pivot and Persist: How FabHotels stayed in business even as coronavirus shuttered the hotel industry 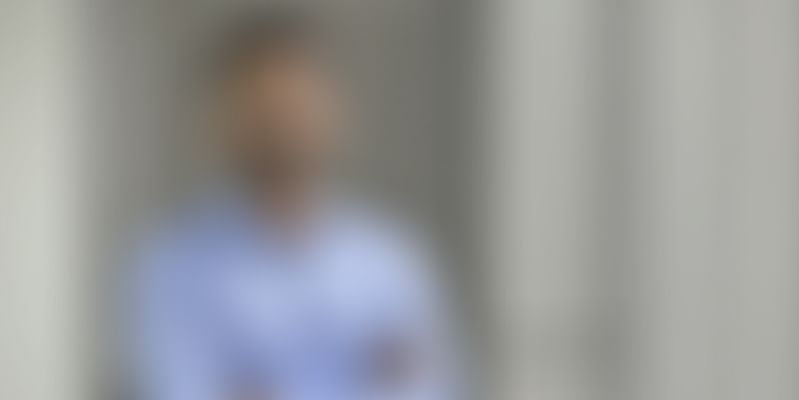 The hotel and hospitality sector is bearing the brunt of the coronavirus pandemic. According to a report by IBEF, the tourism and hospitality industry created 4.2 crore jobs in 2019, which was 8.1 percent of the total employment in the country.

Ever since the global pandemic, hotels and travel companies have been out of business. In fact, the Confederation of Indian Industry (CCI) estimates a loss of five crore jobs, with the sector bleeding $28 billion.

While most hotels and hospitality companies have halted their business, budget hotel brand ﻿FabHotels﻿ has been extending support to its clients and hotel partners, introducing new demand channels since before the beginning of the nationwide lockdown. How has it done it?

Take a tour of the lesser-known hotel aggregators in India

On the B2B front, it has a 200-member enterprise sales team that ties up directly with corporates and travel agents. “We work with more than 5,000 corporates in any given month, and about half our revenue comes via B2B channels,” Vaibhav tells YourStory.

Currently, FabHotels has more than 600 hotels in over 60 cities, including Mumbai, NCR, Bengaluru, Chennai, Hyderabad, and Ahmedabad, among others.

Talking about the impact of coronavirus, Vaibhav says, “It did not come as a shock per se because we had started seeing some impact in travel already -- with travel bookings slowing down as early as in February. We started receiving cancellations in the first week of March, and there was a feeling that a lockdown would be soon announced in India.”

While he claims that cancellation numbers were not as high, FabHotels stopped receiving bookings after March 24, when business travel came to a standstill. Vaibhav says he and his team did not expect that the lockdown would be this prolonged and severe.

However, refusing to back down, FabHotels launched several new demand challenges to keep the business afloat.

The founder says overall revenue for the company increased 3x from April to May, this year.

Earlier in March, before the beginning of the lockdown, when people wanting to maintain social distancing, FabHotels introduced the Work-from-FabHotels campaign. Leading IT, consulting, BPO, and essential services providers had tied up with FabHotels to allow their employees to work from hotels.

Employees were provided rooms with high-speed internet access, work desks, and in-room dining services. More than 150 FabHotels were used by employees of companies like HCL and KPIT for working from FabHotels in Bengaluru, Delhi, Mumbai, and Chennai.

Launched in the first week of March this year, working from FabHotels was only serviceable for two weeks before the lockdown began. The startup has been receiving requests for ramping this up further, now that India has entered Unlock 1.0.

Companies like L&T, Mahindra & Mahindra, Ninjacart, and BYJU’S have shown interest in the Work from FabHotels initiative, the founder says.

The work-from-FabHotels service was available to corporates on a daily and monthly basis. The average monthly cost is Rs 15,000 per employee, but varies from city to city. Similarly, if availed on a daily basis, the average cost per day, per employee is Rs 1,200.

FabHotels will continue providing this service as and when the lockdown is lifted further, but it denies that the move is a pivot.

“It was about exploring new demand channels after the usual business of travel completely dried up. We continue to pull out all stops to drive the highest occupancy for our hotel partners and have worked on multiple initiatives,” Vaibhav says

Supporting and acknowledging the extensive support provided by the government and medical institutes, FabHotels has tied up with hospitals like AIIMS, Apollo Hospitals, RML Hospital, GTB Hospital and Dr Lal PathLabs, among others to provide sanitised stays for medical personnel. As many as 80 FabHotels properties are being used to host medical staff.

“Medical professionals often live far from the hospitals they work at. We are providing such individuals sanitised stays near their hospital locations to reduce the physical and mental strain, and help them recover and face another long day at work,” Vaibhav says.

The rates for medical staff are heavily discounted, and decided after a one-on-one conversation with individual hospitals.

FabHotels has also repurposed some of its rooms as quarantine facilities. It is closely working with the state administrations in Rajasthan, West Bengal, Karnataka, Kerala, Delhi, Gujarat, and Maharashtra, providing paid quarantine facilities to international travellers under the Vande Bharat Mission.

“Across cities, we are hosting thousands of home-bound Indians at our properties,” he adds.

For the quarantine facilities, FabHotels’ rate varies from state to state and is decided by the administration. The average rate per day ranges between Rs 1,200 and Rs 1,500, for budget hotels.

Going back to normal

Vaibhav believes that the business budget hotels would be the first to bounce back within the hospitality industry as the lockdown is lifted and flights and trains resume.

To address higher sensitivity of travellers towards hygiene and cleanliness, FabHotels has launched an initiative, 100 percent Safe Place to Stay, under which it has introduced measures at its properties to provide a disinfected, safe, and convenient experience to guests.

FabHotels has also developed a contactless check-in and check-out application. Developed by its internal tech team, the app allows guests to manage their IDs, invoices, and payments.

Going ahead, Vaibhav predicts that three trends will prevail in the hotel industry -- consumers will move from star hotels to budget hotels, as individuals and corporates cut down their travel expenses; people will prefer branded hotels in the budget segment over unbranded hotels, as hygiene and sanitation become an important factor in decision making; and brands like FabHotels will be at an advantage as they have been focusing on standardisation and hygiene since the beginning.

He says at present 300 out of 600 FabHotels properties are operational under various initiatives, and that the startup will continue to open its properties as per government regulations in different states.

“We conducted a recent survey where more than 80 percent of travel managers at large and mid-size enterprises expect business travel at their companies to rebound to pre-COVID-19 levels within three to six months. This is very encouraging for us,” he adds.