The week that was: From Zoho's experiments in villages to a superbike manufacturer making COVID-19 masks 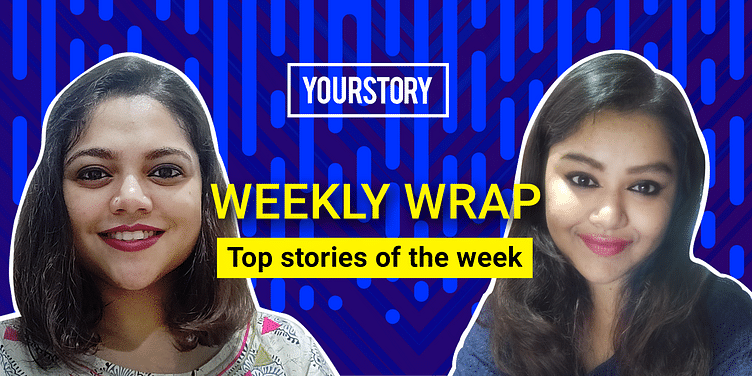 This week we spoke to Neeraj Jhanji, the Founder of Tinker and former engineer at Facebook, and bring the stories of startups joining the fight to curb the spread of coronavirus. Take a look.

Before making status updates and posting check-ins on Facebook became a thing, a mobile social network called ImaHima sent users status and location updates on their mobile phones way back in 1999.

The brain behind this technology, Neeraj Jhanji, says he was always looking to build the next big thing – an idea that could change the world. Facebook acquired the patents for check-ins and status updates from Neeraj in 2013.

A hardcore techie, Neeraj loved to tinker around with gadgets right from his childhood. His passion for coding and computers led him to build products that were way ahead of their time.

While it has been a long and arduous journey, Neeraj says, it was the love for technology that kept him going despite the challenges.

Moving on to the bootstrapped icon. Zoho, a SaaS company, is experimenting with 10 villages in Tamil Nadu, where 200 of its engineers – 20 in each village – will collaborate and build software. These feeder offices are situated 20-30 kilometres away from their hometowns.

On a video call with YourStory, Sridhar Vembu walked us through the village that he chose to stay in. Without disclosing the name of the village, he told that he teaches Math and Science at the village school. He had been explaining to his students the harmful effects of plastics and how they are bad both for the environment and for humans.

Let's talk about startups in small towns that build for India.

Hetika Shah started working on her new venture – Sanctuary Innovative Safety Equipment. But after the government announced the nationwide lockdown in March to contain the spread of coronavirus, she faced many challenges in procuring materials for her startup. However, despite these challenges, Hetika managed to launch Sanctuary Innovative Safety Equipment in early April with support from SSIP, Government of Gujarat; and Entrepreneurship Development Institute of India (EDII).

But not just new ventures, established companies are also pivoting to aid in the fight against COVID-19.

Bengaluru-based electric vehicle startup Emflux Motors, which has been focusing on manufacturing electric superbike Emflux One, is now working to meet the increasing demand for face shields.

Founded in 2016 by Varun Mittal, Ankit Khatry, and Vinay Raj Somashekar, Emflux Motors is working in the electric two-wheeler segment. The founders, who believe that electric technology can completely change the transportation and mobility landscape, aim to produce high-performance electric motorcycles and create an ecosystem of partner OEMs.