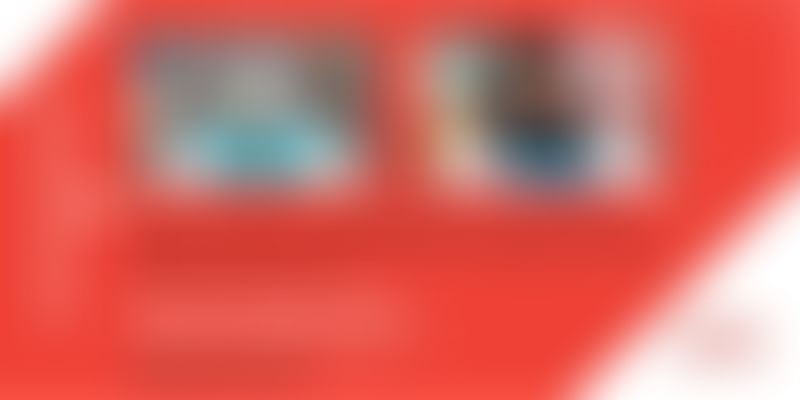 It was five minutes to the start of YourStory’s exclusive Digital India Townhall with Union IT Minister Ravi Shankar Prasad, and many of the 19,000-odd attendees, who had logged in early to catch the Minister in conversation with India’s top entrepreneurs, were in for a pleasant surprise.

The fortunate few were surprised to hear chuckling and banter between the minister, the tech entrepreneurs, and YourStory Founder and CEO Shradha Sharma, who was due to formally host the virtual event.

It was almost like a meeting of old friends, thrilled at the prospect of being reunited. It was certainly not what many had expected from a LIVE interaction with a Union Minister who was going to talk tech and governance, of all things.

True to form, Paytm Founder Vijay Shekhar Sharma was holding the floor as he jested with YourStory’s Shradha Sharma, InMobi Founder Naveen Tewari, Udaan Co-founder Sujeet Kumar, and the other startup founders -- the veterans and budding ones alike.

They were among a select group of India’s finest entrepreneurs who were due to interact with the IT Minister, and it was a refreshing change to see their easy camaraderie play out live on screen.

And that set the tone for the event and made the next two hours feel like two minutes.

Time for startups is now

But his overriding message was for Indian startups to power the country’s digital economy by building innovative and inclusive solutions in areas such as healthtech, edtech, agritech, and mobile apps.

“The sky is the limit for Indian startups. Have dreams. Have ambition. Failure is a stepping stone. Do not give up. We are a supportive government,” the Minister said at the event to mark five years since the launch of the government’s Digital India drive.

Today, with a digital population of more than 600 million, India is ranked the world’s second-largest online market.

Much of this digital transformation and adoption in the country has taken place in the past five years, spurred by the government’s Digital India initiative – its flagship programme to transform the country into a digitally empowered society.

“India’s moment is here. Globally, the world is looking towards India, and startups are the engines of growth. Startups are creating new benchmarks and writing a new narrative in the empowerment of India,” said Ravi Shankar Prasad as he began his interaction with the founders on the panel.

Remarking on the humble origins of many on the panel and their non-metropolitan-city upbringing, including the Minister himself who is from Bihar, Ravi Shankar Prasad said the representation of small-town India on the panel of entrepreneurs was also a testament to the scale of inclusion in India’s digital growth story.

“I trust in the ambition, enterprise, and dream of Indian entrepreneurs. Startups are recreating India's young people mindset, and creating new benchmarks and new narratives in the empowerment of India,” he said.

“The success stories of Indian startups and entrepreneurs need to be told more vigorously,” he added.

India is the third-largest startup ecosystem in the world, and technology has fuelled the growth of startups with the presence of more than 30,000 startups and at least 27 tech unicorns. Hundred plus Indian cities have at least one incubator or an accelerator programme.

Indeed, startups have benefited greatly from India's digital transformation and adoption in the past five years.

Initiatives under the government’s Digital India programme have helped accelerate technology innovations in various industries and empowered Indians in both rural and urban regions in areas such as administration, education, industrial MN development, governance, societal development, and business, among others.

Speaking about the strides made by the government in its Digital India journey, the Minister said he feels a sense of fulfilment at the key milestones achieved since July 2015, noting that today, the benefits of this programme is universally acknowledged across the country.

MyGov.in is today the world's largest digital democracy platform and has been successful in keeping India’s citizens engaged in important policy issues and governance, he noted. Recently, it has also been instrumental in disseminating official communication on COVID-19 to citizens.

To fight the COVID-19 situation, various e-office and video conferencing solutions such as e-file management, knowledge management, VC in courts, RTI hearings, and virtual classrooms have been introduced to ensure remote working, functional judiciary, and studying, the Minister said.

Indian IT exports are growing at a rapid pace and the number has crossed $147 billion (estimated) in FY 2020. This sector is changing the face of Indian IT sector by creating 41 lakh direct and 1.3 crore indirect jobs in India. He also noted that 34 percent of the IT workforce are women.

Self4society.mygov.in — which enables citizens to unite together on one single platform and channelise their efforts towards social causes — was also instrumental in calling upon individuals and organisations to volunteer and donate towards India's fight against COVID-19, the Minister said.

The Pradhan Mantri Kisan Samman Nidhi (PM-KISAN) scheme helped augment the income of the Small and Marginal Farmers (SMFs), where Rs 6,000 is transferred in three equal instalments of Rs 2,000, every four months, into the bank accounts of eligible beneficiaries.

Common Service Centres (CSC) are instrumental in making 'Digital Inclusion of Rural India' a reality. With 12 lakh direct and indirect jobs created, CSCs have given rise to 'digital entrepreneurs' in small towns and villages, he said.

To ensure targeted public distribution, various digital initiatives including Aadhaar seeding of beneficiaries to automate the food grains distribution system; One Nation - One Ration Card system; and the Aadhaar-based Jeevan Pramaan system for pensioners are now in motion.

By leveraging Digital India, MeitY is also skilling the youth of India in various digital technologies and making them future-ready with several remarkable initiatives, while the PMGDISHA programme is promoting Digital Literacy via NaMo App.

The number of smartphone manufacturers in India also grew from two to 60 in the last five years of Digital India mission, a testament to the spirit of Aatmanirbhar Bharat.

Digital India and the startup ecosystem

In his interaction with the startup founders, the Minister also spoke about how India was adopting a startup mindset to take advantage of growth opportunities.

To be clear, he didn't just speak about it. He also demonstrated it in action by offering to connect offline with some of the founders to see how the government could collaborate with the entrepreneurs to power their progress in areas such as healthtech, agritech, fintech, edtech, and mobile apps ecosystem.

Indian entrepreneurs of today should innovate not just for India, but for the global landscape, Ravi Shankar Prasad said, as he appealed to them to make technology non-elitist, to create platforms that narrowed the digital divide, to connect with the people and solve problems of the everyday citizen.

Referring to the COVID-19 crisis and the Indian government’s recent ban on Chinese apps, the Minister urged Indian tech entrepreneurs to turn challenges into opportunities to innovate and build a truly Atmanirbhar Bharat, or what he refers to as a “resurgent India.”

He also urged tech entrepreneurs to work towards increasing the number of homegrown Indian apps uploaded by Indian developers.

From Ludo King, MagTapp, SkillBox, Public to Mitron and Betterhalf.ai, here are some China-free Indian apps

“India mein app download bohot hota hai. Upload nahi hota,” he said, drawing much laughter from the panel on his sharp observation of how India leads in terms of the number of apps downloaded by users, not in those uploaded.

The interaction ended on another lighthearted note, as Shradha recalled an incident where Ravi Shankar Prasad waded through chest-deep floodwater to help stranded victims when he visited flood-affected Patna a few years ago.

“After this interaction, I’m convinced that we’re in good hands, and I firmly believe that you will do the same for us entrepreneurs too,” she said.