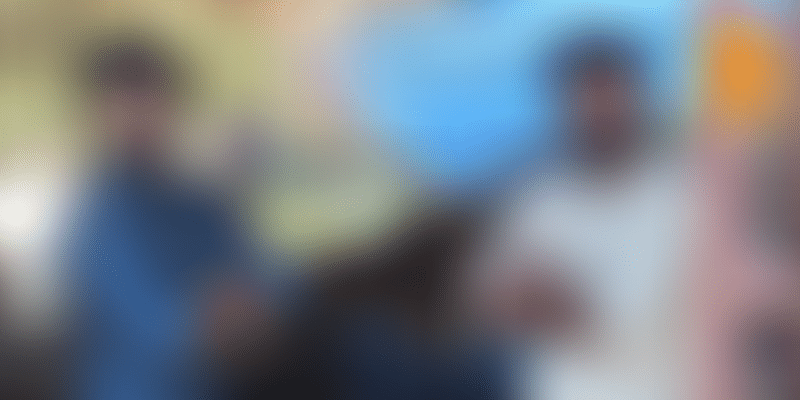 Agritech startup Brainwired was started to improve the health of livestock. It has developed a product called WeSTOCK that monitors the health of animals like cattle in real-time, and alerts farmers accordingly.

Like most entrepreneurs, Kochi-based Romeo P Jerard and Sreeshankar S Nair didn’t have to go looking for ideas to start up. The duo, who started helping their grandparents in dairy farming, realised the problems faced by the livestock industry.

With an aim to help farmers understand their livestock better, the duo started Brainwired in February 2018. Based out of Kochi, the startup has developed a livestock health monitoring and tracking system named WeSTOCK that uses an Internet of Things (IoT) ear tag and a unique Machine Learning (ML) algorithm to identify sick and pregnant livestock and alert farmers accordingly.

The founders say the idea was initially conceived as a project to help their grandparents. While researching for the same, they realised it was a pan India problem faced by the sector, which drove them to convert the idea into a startup.

Speaking about the product, Romeo says: “The major advantage of WeSTOCK is that it has been developed as a livestock monitoring system and not just a cattle monitoring system. It can be adapted to multiple livestock species down the line. The second USP is it is customisable - the whole product can be customised to suit individual farm requirements, and is a stand-alone system.”

Apart from this, the product also helps farmers monitor and track the livestock, as well as assist them with online veterinary support for consultation regarding any doubts by the farmer.

Romeo and Sreeshankar were bit by the entrepreneurial bug during their first year of engineering at Toch Institute of Science and Technology, Kochi.

After college, they decided to work in a corporate firm to understand the business and collect enough capital before starting their own venture. They worked for a year with Jio and Byju’s, respectively, before launching Brainwired in 2018.

The startup got first incubated at Kerala Startup Mission. Later, they got backing from Gurugram-based incubator Huddle, which helped them raise funds in 2020.

“Our initial customer acquisition was via direct sales. We got featured in a leading agricultural magazine in Kerala called Karshakasree, and soon we started getting calls from across the state,” says Sreeshankar.

Brainwired recently received its first pre-seed funding from Mumbai Angels and India Accelerator. Today, apart from the founders, Brainwired is a team of three employees, including one hardware and two software engineers. But the founders say they will be expanding the team size to 10 by the end of July.

Monitoring the movement of cattle

According to the founders, Brainwired was founded to tackle four major problems plaguing the livestock industry - the inability of farmers to detect diseases at an early stage, unnecessary expenses arising due to lack of awareness, low production rates, and no proper bio-data system.

To address these issues, the startup came up with its product, WeSTOCK. There are three variations of the product - Basic, Pro, and Advanced, and each has different set of features.

The products come with an IoT-based tag and a centralised reader to collect data. “Once a tag is deployed on the cattle, it monitors the cattle’s behaviour like its grazing pattern, walking pattern, rumination, lameness, etc., and in case of any abnormalities, it sends the information to our server. The server extracts actionable information from the data collected and sends required alerts to farmers mobile phones,” explains Sreeshankar.

“Our revenue model is based on SaaS,” he adds. However, the founders refused to disclose the pricing of the product.

The global dairy market was valued at $718.9 billion in 2019. A report by Indian Council of Food and Agriculture (ICFA) states that India has 75 million dairy farms, about half of all dairy farms in the world. Milk production has recorded about four percent CAGR during the last five years.

As of now, the startup is receiving orders only from Kerala. The startup said it will be deploying the product pan India by January 2021. The team claims to have received orders to tag close to 2,000+ cattle in four different cities, and another 3,500+ cattle in a pipeline spread over three states.

Brainwired also plans to launch its operations in Maharashtra, Rajasthan, and Gujarat in the first quarter of next year. The startup further plans to collaborate with the central government to increase its reach to poor farmers across the country.